I've been meaning to get these scanned for a Throwback Thursday. Just for laughs!

First is the accordion band I played in in 1963. The local teacher, Elma Thompson (standing far left), had a large number of students. She was an excellent performer as well as a good teacher. This must have been the first year after I got my 120 bass accordion. More about that in a while.

I've left the large version of the picture so you can click and maybe see it better. Can you find me? I'll tell you where I am at the end.

Here's the program for the event. Front and back. I don't expect you to read it too carefully, but I want to put it in with the picture just for the record. I'll tag a few people on Facebook that will appreciate this. My solo piece was "In the Alps," and the band played six songs. 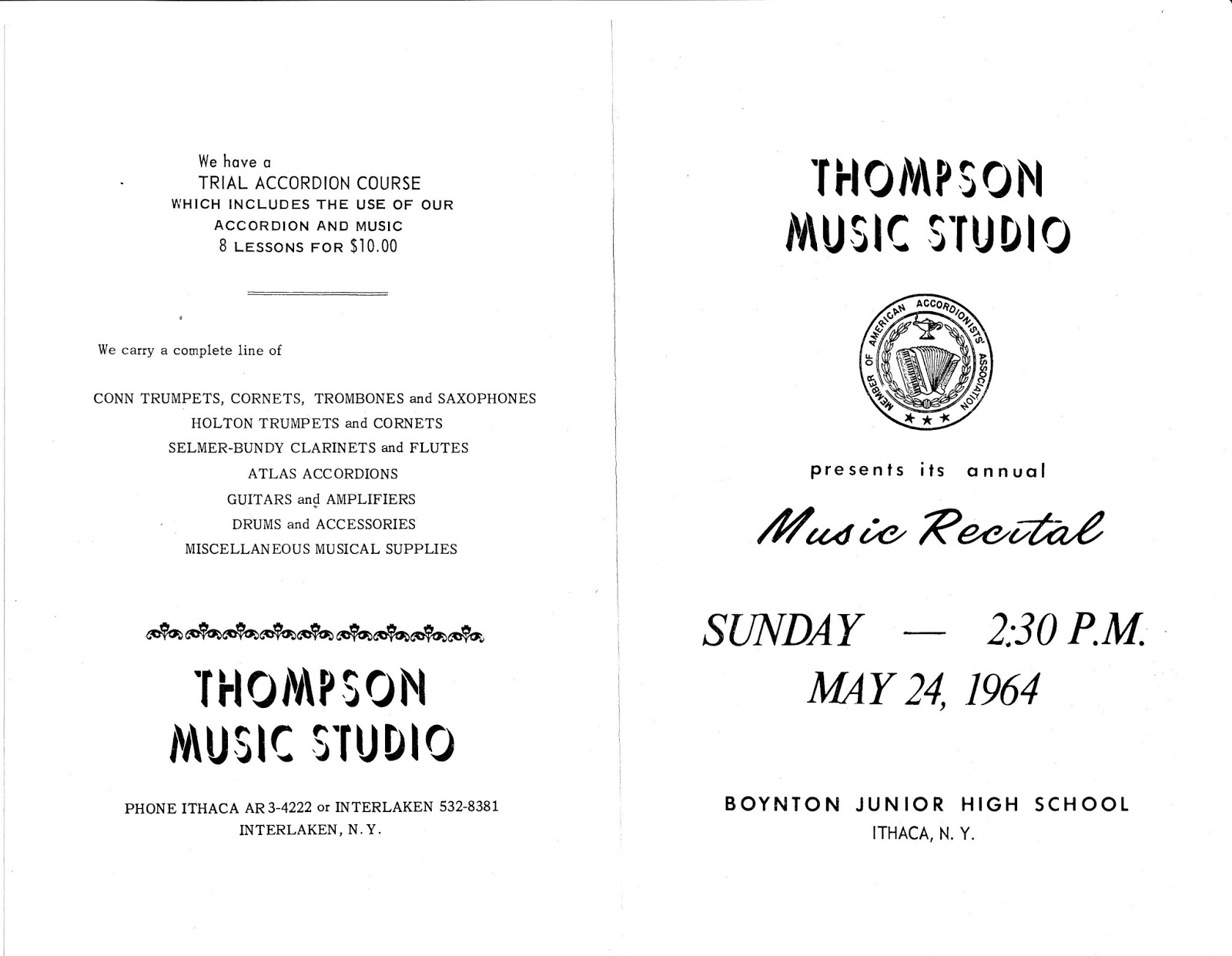 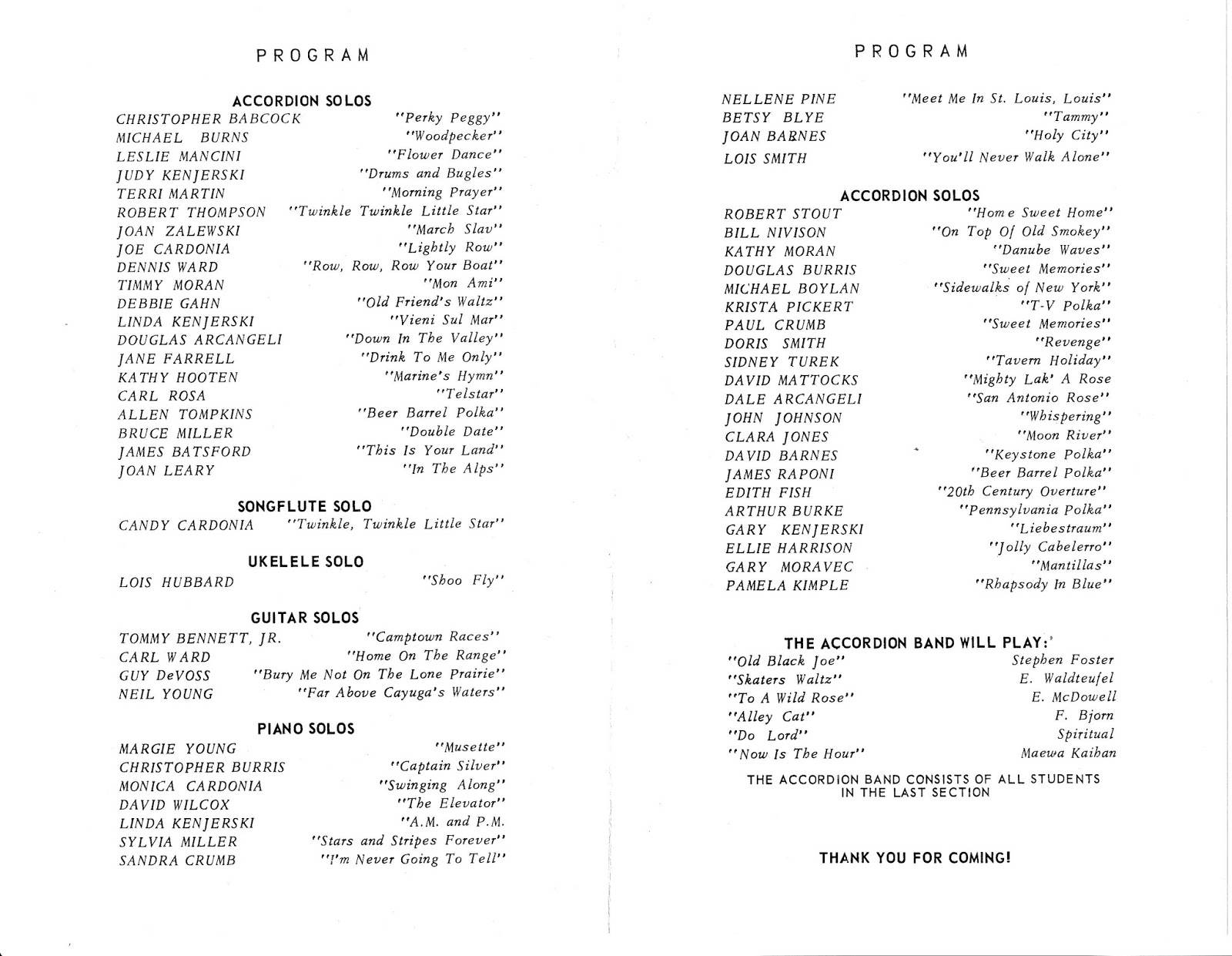 Now, for the program that had to be of the last recital I had on the 16 bass accordion. I started lessons when I was four, and this recital was on my 7th birthday. At that point, I was ready for a 120 bass instrument, but even though I was tall and strong for my age, I still wasn't big enough to really handle the large accordion, so I took piano for the next seven years, until my grandmother gave me the accordion I still have. (The instrument was always her choice. I'm not sure I would have picked it, left to my own devises, but at this point, I'm better on it than I am on any other that I play.)

You can see examples of the small accordions, held by the younger children in the middle of the front row above. 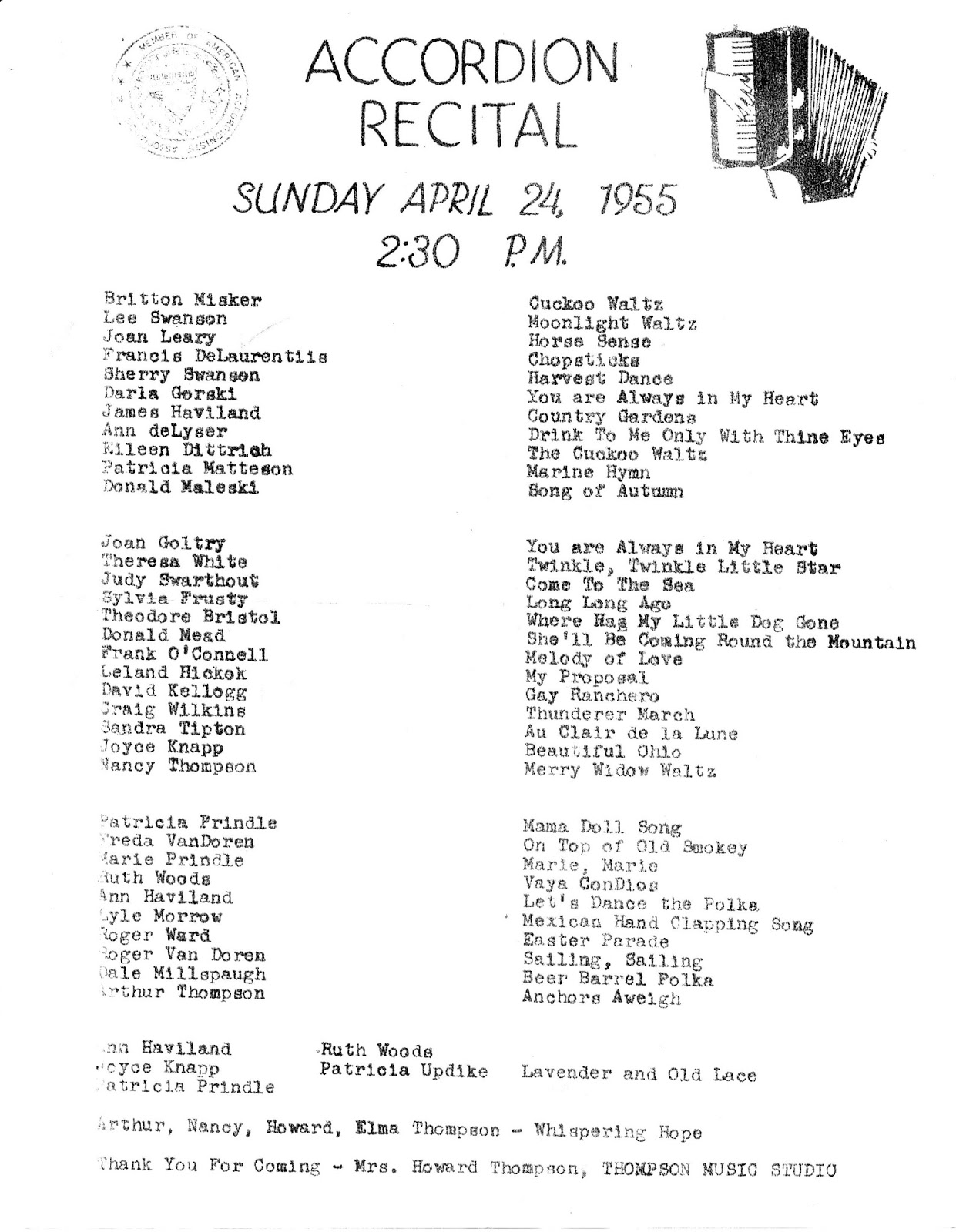 With all this music training, you'd think I would be really good. I'm not. But I sure enjoy it anyway.

I see I played a piece called Horse Sense. Wonder if I still have the music for that. As far as I know there is no picture anywhere of me with the small accordion.

Did you find me? I'm on the far right, second row down.

I easily picked you out. I would say immediately, but I started scanning from the left side.

Now that is unique! I've never heard of an entire accordian band before.