Today was exceptionally fine! We (mostly) followed the routes of the Buckeye and North Country Trails through the Hocking Hills State Park from south to north. I previously hiked this about 20 years ago from north to south, and the trail is very different now. My previous hike was the year after some big floods when all the bridges had been washed out. We forded the stream a lot that year. I'm pretty sure the route through the park has even been changed in a few places. There was no trouble following it this year, and the day visitors were everywhere.

I had to pick only a few of the best pictures, but you'll get the idea.

From the south, the first big formation was Ash Cave, so named from piles of ashes found by early explorers and supposedly left by Native Americans. I like that there are a couple of people in the picture, so you can get a sense of the scale. 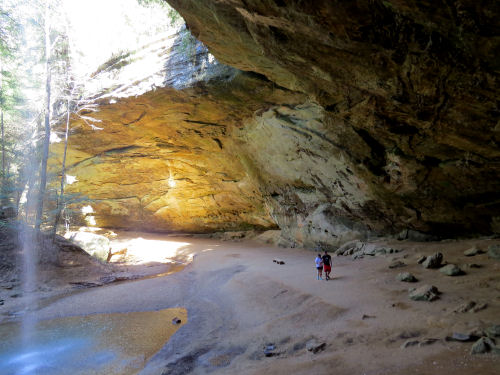 Only the most spectacular places have names. This is just a slightly overhung cliff with water falling over it. With the sun through the water, it was beautiful. 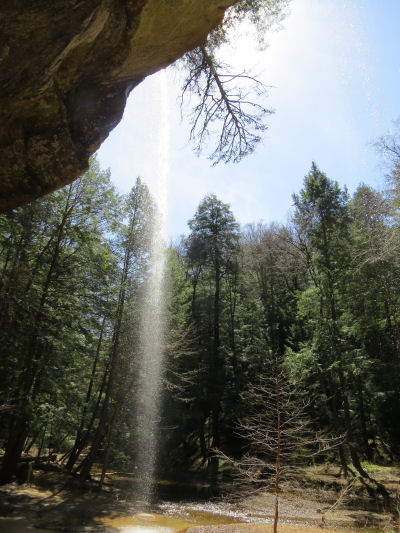 Nearly everywhere, the Blackhand sandstone is honeycombed from water percolating through the rock. The red color is because iron oxide serves as the adhesive agent that helps hold the sandstone together. 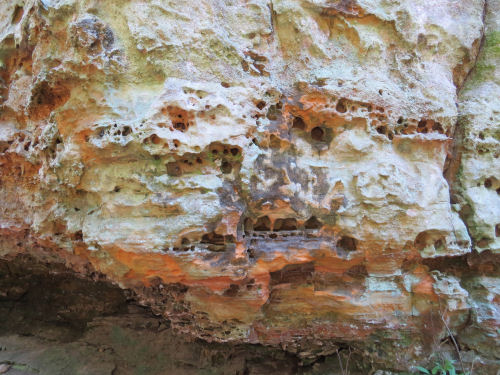 The biggest surprise of the day was a little side trail to a feature called Long Tunnel. All weekend we'd been hearing about features, studying maps of the park, and had never seen a thing about this. Well, "tunnel" sounded intriguing. First we began by switchbacking up the rocks on stone stairways. 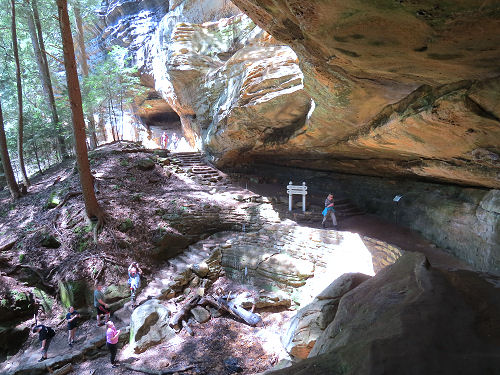 Next, there was a curved metal staircase taking us nearer to the top of the cliff. The remainder of the climb was through a tunnel carved in the rock. I wanted to know more about it, but there was no sign to explain if maybe there was an early small opening made by water that was enlarged for people, or what. 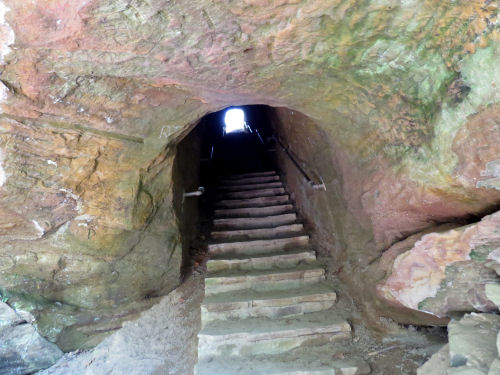 Shortly, we returned to the BT, NCT routes and arrived at Old Man's Cave. A hermit lived here after the Civil War, which is where it got the name. These are all hanging cliff caves where the sandstone has eroded and undercut the edge. This one is really large. It was hard to get a picture that showed it well. This view, at least, shows the small waterfall below and about half the cave. On the far lower left you can see the exit from the short tunnel that takes you down from the cave. 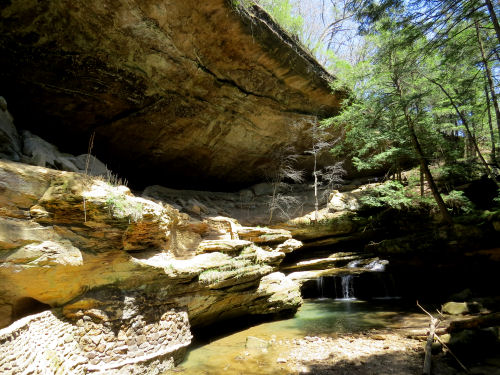 Another tunnel, that wasn't part of the trail when I hiked it, leads you up toward the parking lot. I love tunnels! 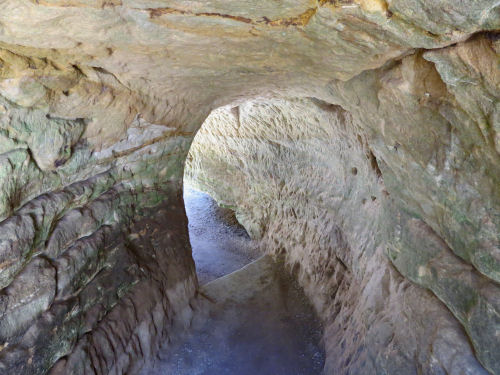 We crossed the creek on yet another bridge, as much a piece of modern art as a functional bridge, with the A-Frame Bridge across the gorge high above. Even though it was an anomaly, I actually liked the abstract shapes against the curves of the natural rock. 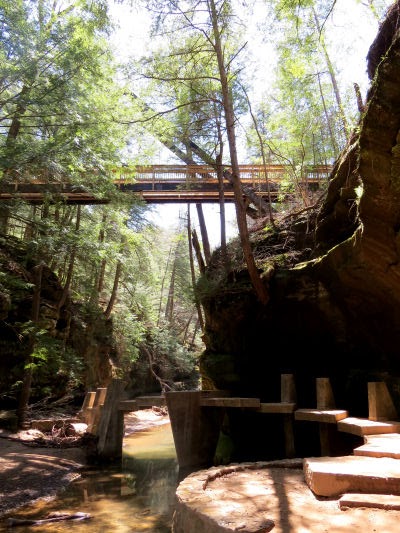 Our last feature of the day was Devil's Bathtub, a small swirled pool made by rocks whirlpooled in the stone. This was more like Watkins Glen, New York, than Ohio. 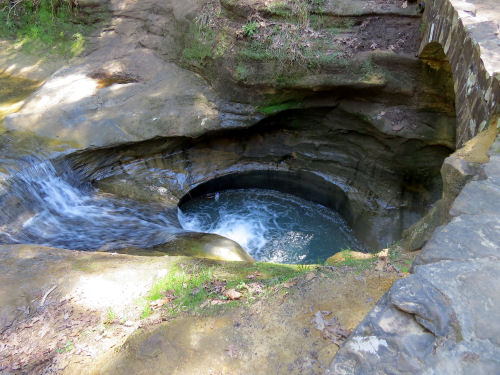 The day was getting hot, but the trail in the gorge was cool. We ate some lunch and then went for the important stuff- ice cream.

We came back to our "home" at Cardinal Lodge and have another nifty day planned for tomorrow. We are supposed to get one more nice day.

P.S. At long last, I'm getting started on this year's Hike 100 Challenge, so I've got my first five miles. I know...pathetic, to not start till May, but I'm not worried.

Beautiful pictures! This is a place I'd like to see...

How beautiful. Looks like a great place to visit . . . and don't forget the camera.