One of the fun things about going to an area that is only a little out of your normal range is that you are familiar with a lot of things, and only run into a few completely new ones. Alabama is definitely in the South, but even so, I know a lot of the plants or at least their cousins.

However, this was a complete stumper! Fortunately, it was labeled in the native plant garden on the TVA property. This genus of plants is often commonly called scorpionweed because most of the species in it grow out west and are very prickly. In addition, it's a member of the borage family, so the flower stalks are often curved (like a scorpion tail). Think of forget-me-not and comfrey. Those are also in the borage family.

This example, however, isn't prickly. This is its best look with flowers in abundance. It is Phacelia bipinnatifida, common names: fernleaf phacelia or spotted phacelia. 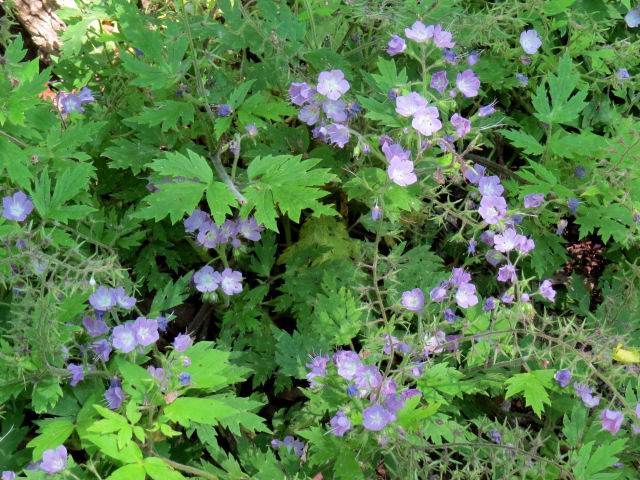 It was actually the spotted leaves I noticed first because it looked similar to waterleaf. But then I saw these trailing stems with other stems coming off them (bi-pinnatifid), and was confuzzled. 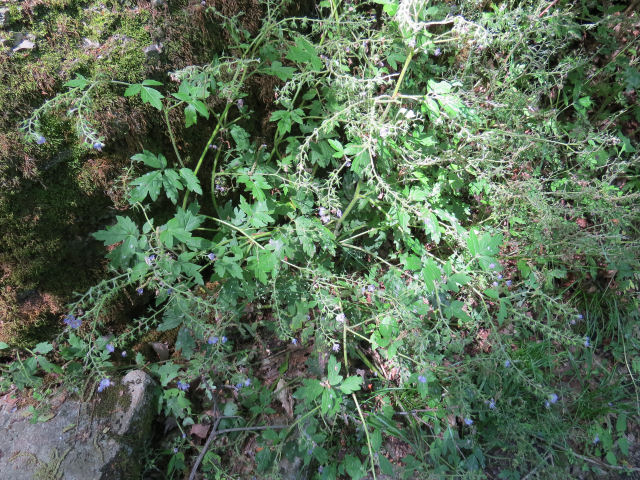 After the flowers are gone, it pretty much looks like a mess. Here's a pretty blossom, closer. Each one is about an inch across. 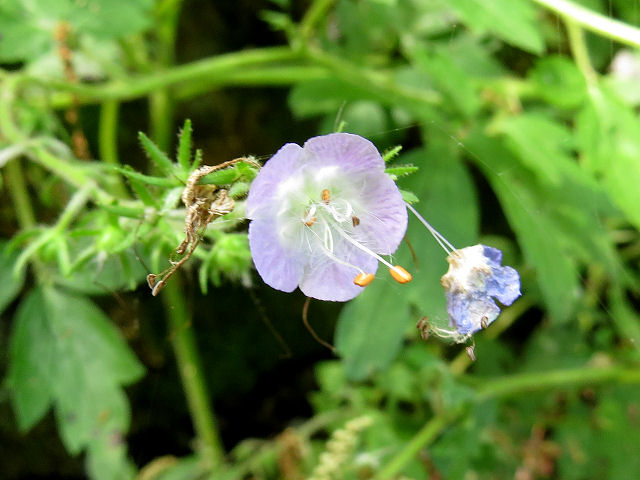 Fun, fun! A couple more new plants yet, but I'll sprinkle them in with other things as the days go by.

In other news: last handbell performance of the season this morning. Worked on chapter 3 of The Bigg Boss, but have to rethink it a bit so didn't get many words written. Goofed off!

That's pretty with the flowers all over it.