This bluebird snagged some large insect and flew to the top of my clothesline pole with it. He swallowed it before I could get the camera! You'd think he would look happier since he'd just had a nice snack. 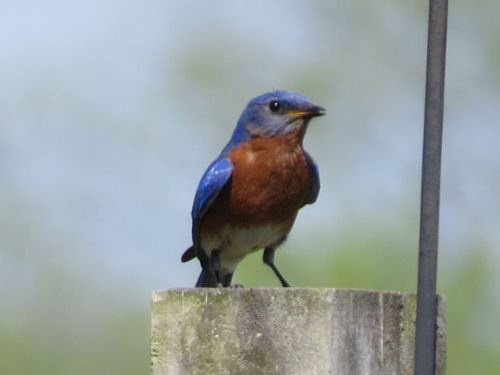 There's just something about the vast expanse of Lake Michigan and sky that never gets old. I love putting something in the foreground of pictures like this to create perspective, but sometimes I just like that "forever" look of nothing but blue. 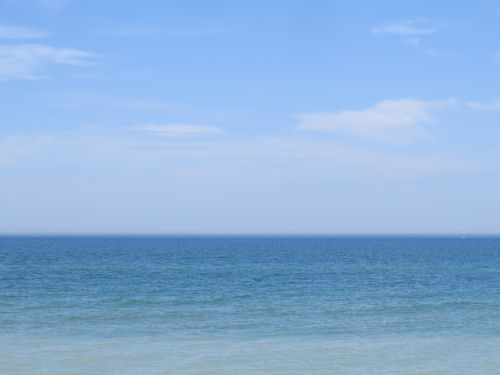 I've officially given up pretending to have a flower garden. I'll enjoy the work of other gardeners and stop being so frustrated by all the hungry critters and the poor soil here. That said, the ajuga still comes up and looks pretty for a few days in the spring. 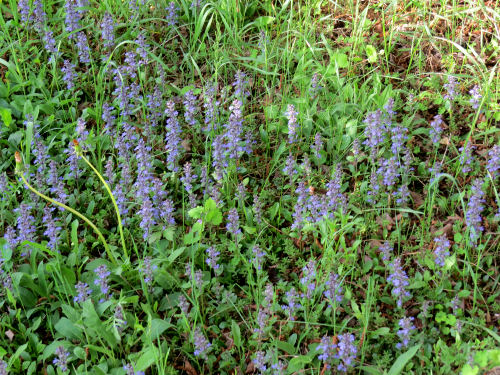 Saving the best for last. Not that this is a great picture, but it's the best one I've gotten yet of one of the little Spring Azure butterflies. They are all over right now. I probably scare up hundreds when I walk out back. But they are nervous... hardly ever actually lighting on anything, and when then do and fold their wings they disappear since the underwings are dusky brown. This is a female, with the black edges on the wings. The boys don't have the black edges. They are less than an inch across, and it's like walking knee-deep through flying chips of paint. She's got her head downwards. 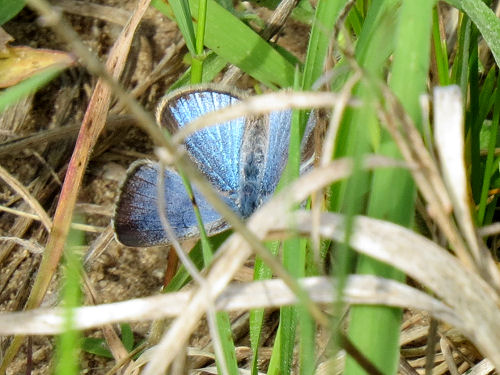 In other news: I wrote, I did a bunch of little computer tasks. In the afternoon I goofed off and read a book. It's hot. Really hot, and I don't get along with hot.

Blue has always been my favorite color. I haven't had a flower garden for several years. I'm just no good at it and I hate weeding.

Ann- I think I like gardening, but I get too frustrated by the critters and lack of money.

Love those blues. It is always a treat to visit this blog. New flora or fauna pix and something new in every post.