This is still not the post I want to bring you, but don't worry. I have enough interesting material from Matthaei Botanical Garden to last a few more days.

These are the critters I encountered and managed to catch with the camera on my walk around the trail system.

First is a red-spotted purple admiral butterfly sitting on a Cow Parsnip. There was lots of it in bloom and the butterflies were loving it. 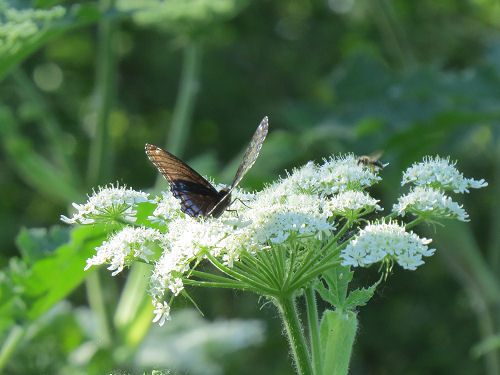 Then I bring you a bunny. I know, they aren't that special, but I just love them. 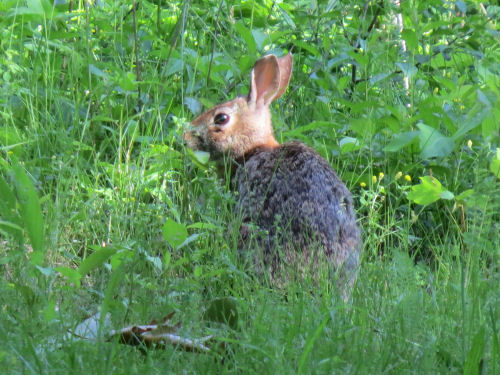 The next two pictures are pretty cool. I have to say that these were the most common dragonflies when I worked there, and they were still everywhere. They love all the small ponds and wetlands around the property.

First we have the male Common Whitetail dragonfly. Really easy to identify, and they will perch on logs, rocks, etc, so you can get a good view of them. 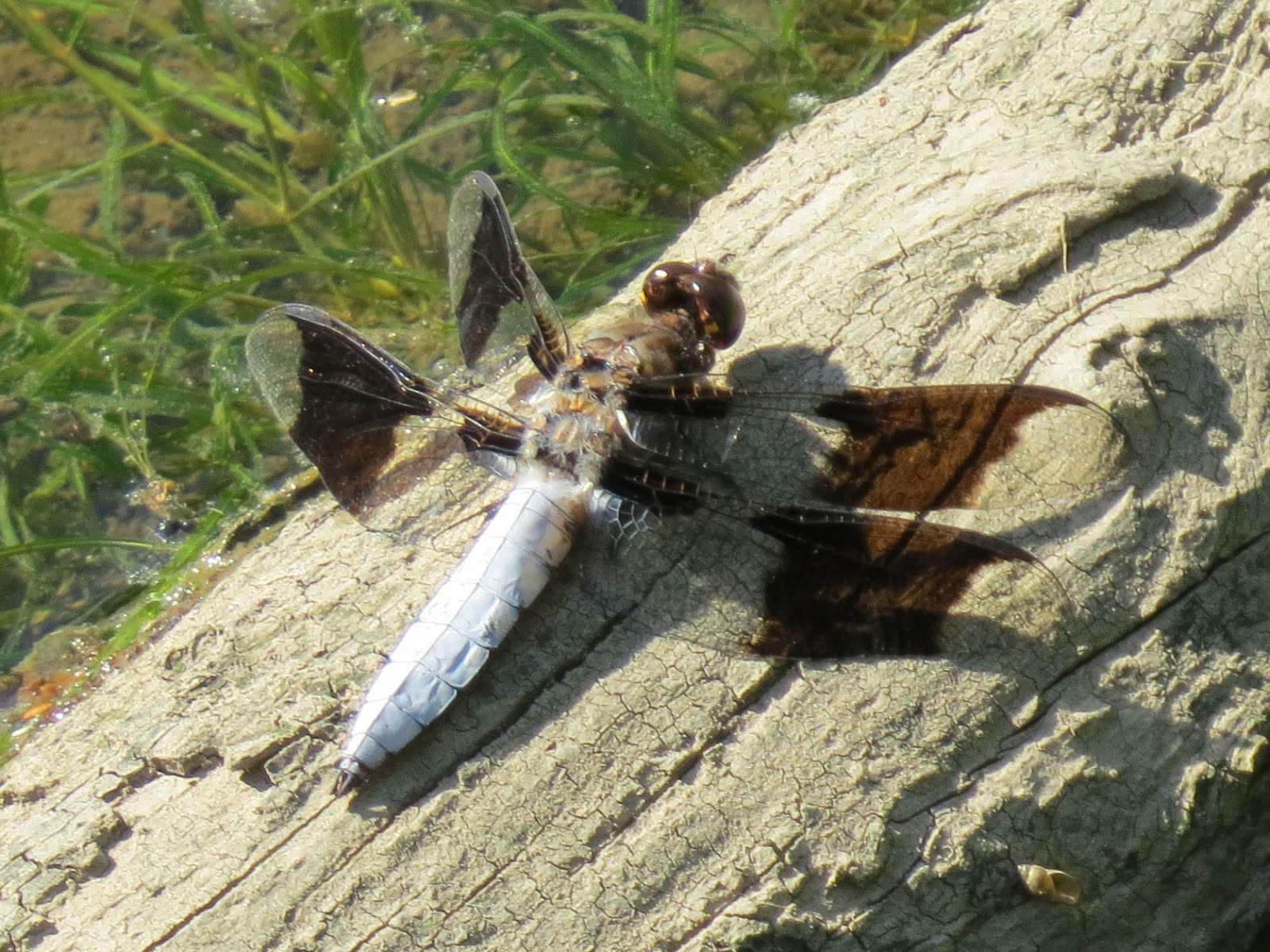 Then we have his Mrs. This is the female Common Whitetail dragonfly. It's really similar to the twelve-spotted skimmer, but the angled yellow bands on the sides are not quite the same. 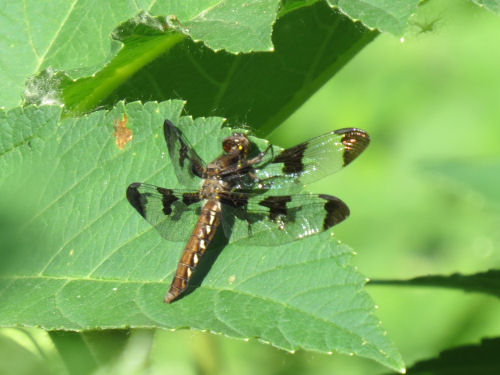 We'll end this trip through the garden with another bluebird. I'm so happy that they have become fairly common again. I'll never think, "Oh, just a bluebird." They were in real trouble in the 1970's, and the pretty-much-grassroots movement to put out bluebird boxes made a huge difference in their population. You know I love blue, and they are such cheerful little additions to the sky/lawn/orchard/fenceline. 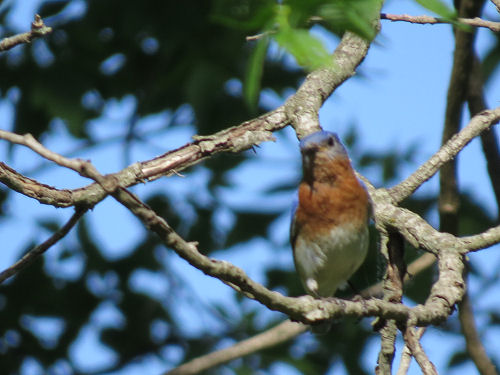 In other news: and this is why I didn't find them today... I was at a vendor event with my books all day. Did well... actually made money. Sometimes you have to just chalk up these events to publicity and networking. Then I came home, put everything away and did the record keeping. I also watched Justify become the 13th TRIPLE CROWN WINNER!!!! Citation won the year I was born, and Justify the year I turned 70. I like it.

I miss the familiar nature of Michigan. At least I get to see your pictures to make it a little better. I love it where I live now, but sometimes I still feel a little lost when I'm out in the nature places.

Common or not I always like seeing rabbits. Then again I don't have fancy flower beds for them to ruin. I have never seen a bluebird at our feeders.

hello sharkbytes its dennis the vizsla dog hay that is a kyoot flopsy yoo hav got their!!! we hav got sum flopsies heer too but owrs hav bigger eerz then that dada sez it is becuz owr wether is warm but i think it is becuz they ar trying to toon in that meksikan raydeeo!!! ok bye

Ratty- yes, the plains sure aren't as intimate.

Ann- another sucker for the bunnies! No, bluebirds eat insects not seeds.

Dennis- I think you have altogether different flopsies there. Unless they speak Spanish... then you know that got that station.