Plants will just surprise you over and over. There are so many variations! These are all leaves, or the coniferous variation called needles. I love how you can just study the patterns and designs.

This one was completely new to me. It's Korean fir, Abies koreana, variety 'Horstman's Silberlocke.' The needles recurve so you can see the white underside. It was stunning. I looked it up and read that it also has large blue-purple erect cones in season. I don't know how you can go wrong if you want an ornamental conifer. 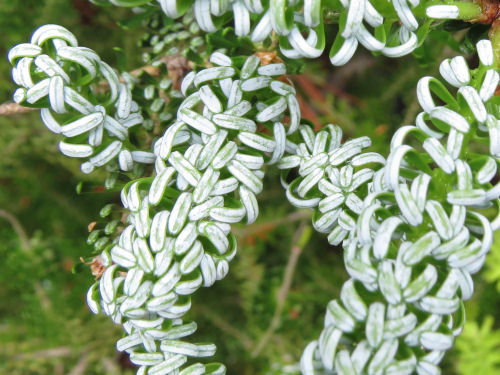 Next up is a Caladium of some variety. That's often called Elephant Ear. This was in the conservatory. It may be the variety 'Black Magic.' 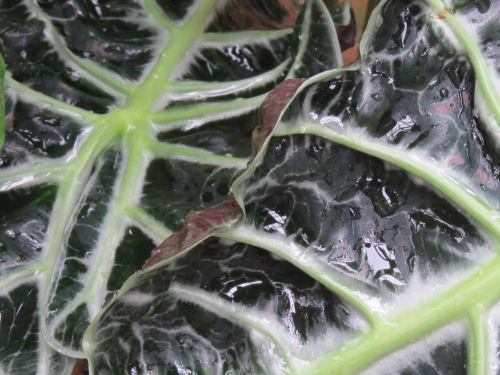 I gravitate toward dark plants. This is another version of coleus. I think the varieties are endless. They had a whole bed of this one with a white flowering plant around the edges. 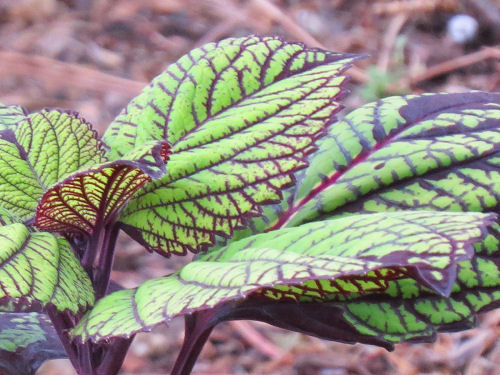 Finally, here's a spotted angel wing Begonia, Begonia carollina, possibly the variety 'Cecile.' My mother used to have one of these that got huge! 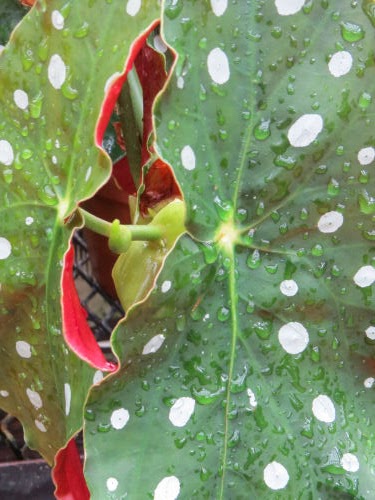 In other news: I did laundry, wrote a chapter, took a walk and tried roasted cauliflower. Let me just say that it was good, but I won't feel the need to do it again. An oily bowl, followed by an oily oven pan, and a lot of chopping. I'm happy enough to just eat the cauliflower raw.

The first and last ones are really eye catching

Sometimes I'll be out wandering and I'll notice a particular plant. Then I'll think to myself that I know some of the details on that plant. The next thing I remember is that I learned about it from you.

Ann- those are definitely the most surprising.

Ratty- now that makes my day!

*shudder* This post gave me the willies. Sorry, even at my age I still find coleus and caladium difficult to handle, emotionally speaking, that is. Something not right about them. 😁 Clematis are beautiful though!

Vanilla- That is hilarious! Maybe they sound too much like colitis and calamine?