Went to see a play this evening at the college. The cast was a mix of college students and people from the community.

The play was Breaking the Code, the story of the life of Alan Turing. It used to be that hardly anyone recognized that name, but since the blockbuster movie (The Imitation Game- 2014), he's become something of a household word.

The play focuses much more on Turing's struggles to be accepted as a homosexual than his work as a mathematician and cryptographer, and predates the movie by many years. It was written in 1986.

It's one of those plays with many short scenes, almost like snapshots. An interesting feature is that they are not presented chronologically, although it's fairly easy to tell where in the story each one fits.

The story (and it's true) begins with Turing reporting to the police the theft of several small items at his residence. The story doesn't make much sense and as the truth comes out it eventually leads to Turing's being charged with "gross indecency." At the time (the 1940s) being gay was a crime in Britain. 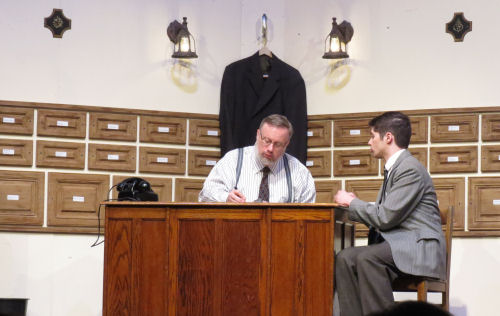 The next scene flashes back to when Alan was in college, and he brings home a friend for holiday. His mother fawns on the friend and criticizes Alan. Alan responds in typical youthful resentment toward parents. 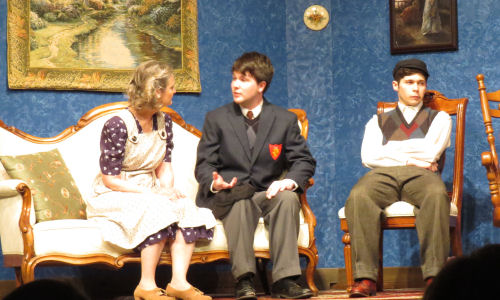 Then we jump to Blechley during WWII, where the work was being done to break the Enigma code of the Germans. There he is paired to work with a woman, and they become fast friends. 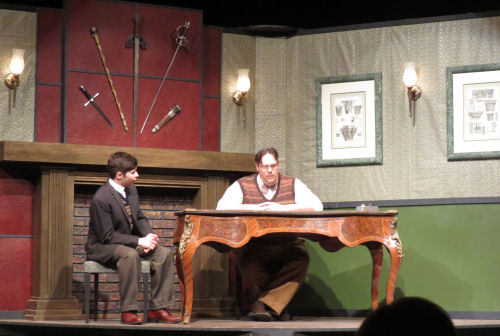 In real life, Turing was difficult to work with and generally looked down on people who could not come up to his intellectual level. She passed the test, and they even talked of marriage, but Turing says he cannot deny who he is. He only loves her as a friend.

Of course, Alan's mother hoped for more from the relationship. 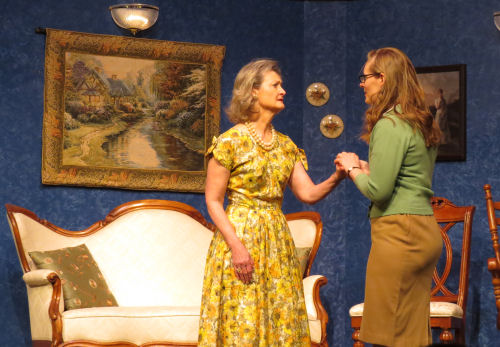 In Act II, Turing tells the police that he made up many details of the theft because he did not want to involve the man who actually stole from him, because they had an affair. But, this admission makes him guilty of a more serious crime than the petty theft.

When he is taken to court, he must finally tell his mother the truth about himself. He learns that she really does love him, no matter what. 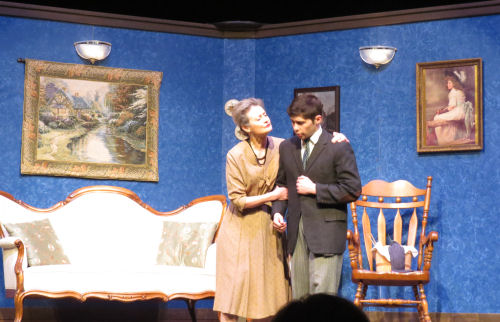 Turing's sentence is chemical treatment. He has a short reunion with the woman from Blechley, where they discuss what might have happened if they had married anyway. 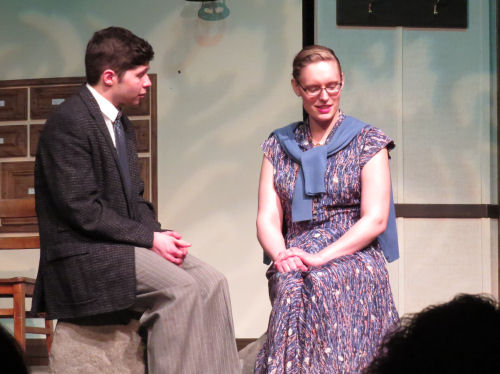 Here he finally tells how the man who was briefly his lover stole the few items from his home. This scene was powerful, with the man in the shadows behind Turing. 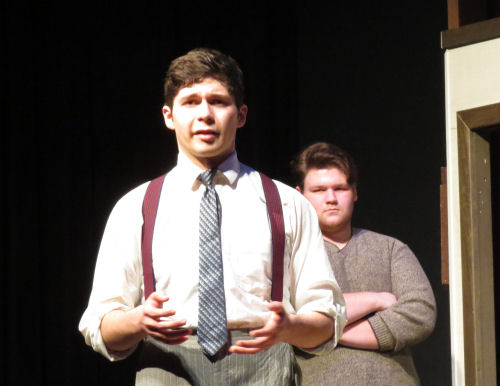 Unable to deal with the irrationality of the law and rejection, Turing committed suicide in 1954. Here his mother tells the police that her son would never have done this. 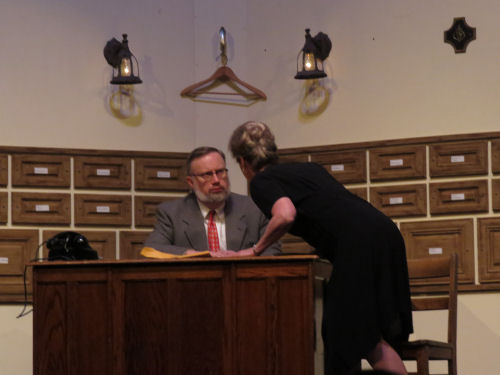 (And there is still some question of whether it was a suicide or accidental death from his carelessness with experiments.)

The play was well-staged, and the young man who played Turing did an excellent job.

Sounds like an interesting play. I confess, I must live under a rock though because I've never heard of Alan Turing