So Wrong About the Dogwood


Well, not WRONG, wrong. But wrong about it's natural range. The northern edge of where it can be found, except as a planting in yards, is near where I live.

However, I've previously said I'd never seen it north of about Whitehall (40 miles south of me). This week, I've found quite a few trees in the woods along US 10 (even with where I live), and even several trees a few miles north. This is flowering dogwood, Cornus florida

It's a stunning tree when in bloom. 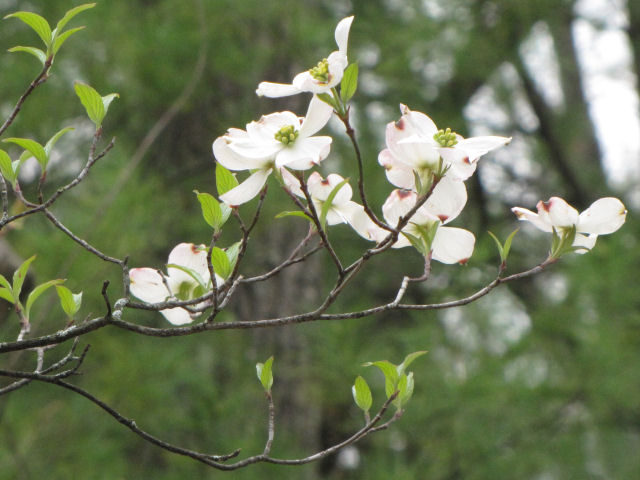 The four petals each have a stained notch. Of course there is a legend that this notch appeared after Christ was crucified to represent his wounds made by the three nails and the spear. Probably silly, but it's one of those nice reminders. 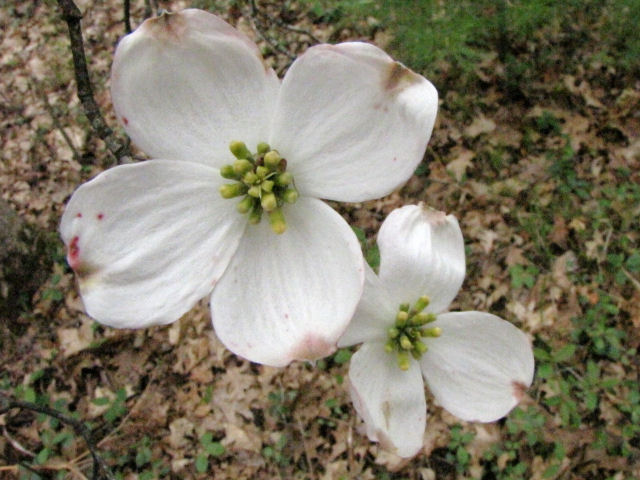 This picture isn't so colorful, but it illustrates the easy way to spot this tree in the woods. Notice how the branches seem to separate into layers? That's an easy way to tell it from other spring blooming trees, such as Serviceberry. 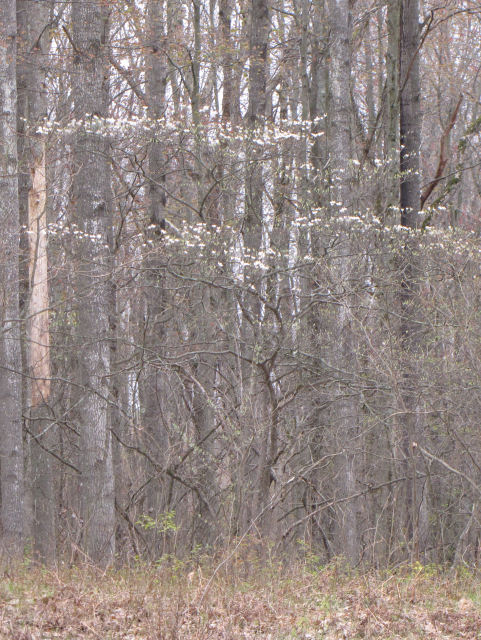 I love Dogwoods! I'm glad you found them thriving near you.
That legend about "bloom" is popular here in the south. They would often be in their full glory at Easter.

Hey there! Thanks for visiting my blog! I love dogwoods. I had several trees in my backyard where I grew up in Charleston, SC. I'm a new follower and can't wait to ead more from you!

The western flowering dogwood is abundant here in Vancouver. They are actually our province's official flower. They usually only grow near the coast and not further inland where the winters are harder.
They are so beautiful and graceful, aren't they?

When the dogwoods bloom, it means spring is finally here. They're found all through the mountains in the wild.

This is a delicious post. Many of us in Louisiana are lovers of the dogwood. I love it because it heralds spring, and because of the legend. When I see the first one, I always think of my dad who used to tell me, "Dogwoods don't like to get their feet wet." Can you guess that he was a farmer?

Great post. I love the dogwood and always have one somewhere in my yard. I like the way they are so easy to spot in the early spring woods.

Our dogwoods look kind of ordinary compared to this. We do have beautiful bark though. Mind you I expect yours do too!

don't think of it as wrong, consider it more slightly off course :)

Jean- It seems that everyone likes the dogwoods!

Melissa- it's a distinctive tree, so it's easy to remember

Stephanie- is the western dogwood a different one?

Pat- that's a good saying for anyone who is keeping track of where species grow!

vanilla- I think the one I planted in my yard is dying. I'm bummed.

John- Hmmm. I think the dogwood has more bark than bite.

Ann- yeah, I just lost my bearings there.

I used to gaze at the dogwood from my apartment when I lived in New Jersey. I didn't know that legend about the red spots. Might just be true.