To Stan Hywet Once More


I'm taking you back to Stan Hywet in Akron, Ohio one more time. I want to show you longer views of four themed gardens. I should have asked how many gardeners they employ. It must be a crazy number.

The first garden you see after you enter (there are flower beds everywhere, but I'm referring to a semi-enclosed space with a particular theme) is the Rose Garden. Actually, I'm not a big fan of roses, but the avenue of trellises made a nice visual line. 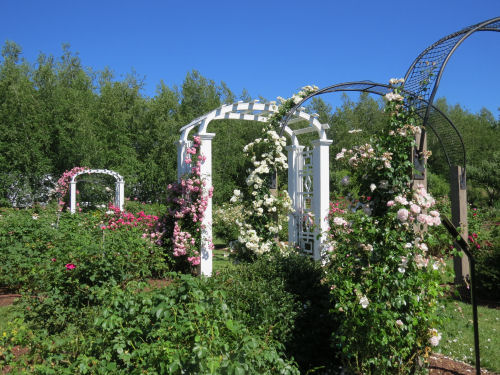 Directly in back of the house is a Japanese Garden. This is placed in a naturally lower area, but I think some of the rocks that turn it into a bowl were moved there on purpose to create the space. It was quite lovely. 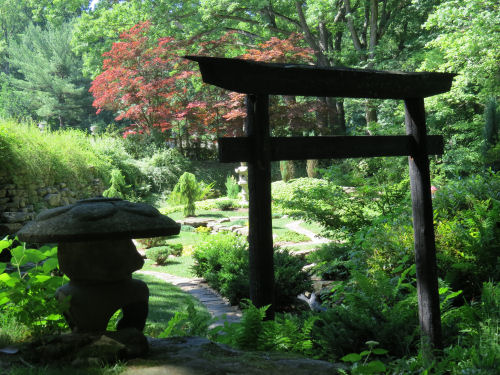 The walled English Garden was where I learned the names of several plants because things were labeled pretty well. There was also quite a lot in bloom. The reflecting pond was nice, and I tried some interesting shots, but they all turned out rather average. 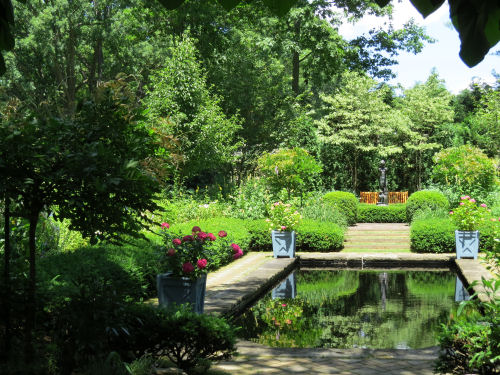 The last place we visited in the afternoon was the conservatory, filled with tropical plants and cactus. Outside that was the Children's Garden. It was loaded with bright colored flowers and various places to play, including a splash fountain. It wasn't set up in a way that you could get a picture of the whole space. So I'll just show you this playhouse with plants on the roof. 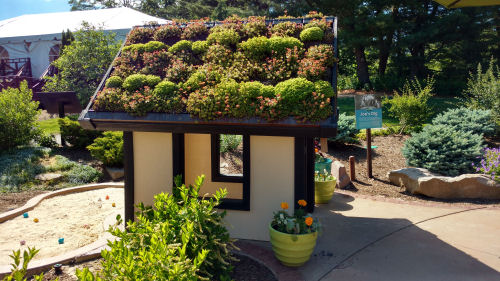 The deer have eaten most of my flowers. There are almost no buds left on my day lilies, and the hosta are all chewed. I think I should give up trying to raise my own flowers and get hired by some place that has extensive gardens like these, with plenty of money to care for them.

Interesting roof on that play house.

These are all wonderful. I wish I had a knack for gardening.