Laugh all you want. I am thankful for peanut butter. It's my primary protein source. I've been known to say that a day without peanut butter is a day without joy. I've eaten it almost every day of my life since I was at least four. I buy it in five pound jars. If I were told that I'd have to give up peanut butter in order to live a few more years... not sure. That would be a tough choice. 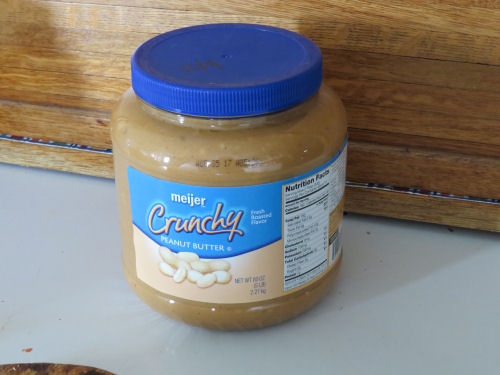 My favorite application is a peanut butter and dill pickle sandwich. 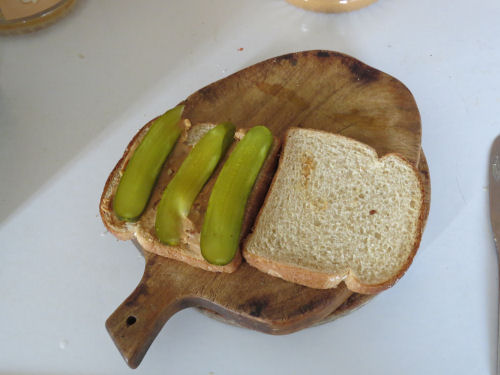 The ancient Incas may have ground peanuts to make peanut butter, but in modern times it was developed as a health food by several people around 1900. It was introduced to the public at the 1904 St. Louis World's Fair. Peanuts are the USA's 12th largest cash crop, worth about $2 billion a year.

The average American eats six pounds a year. I'm WAY ahead of that curve.

Today, peanut butter fueled a hike at the Michigan Legacy Art Park at Crystal Mountain. The trail is about 2.5 hilly miles with close to 50 works of art installed. 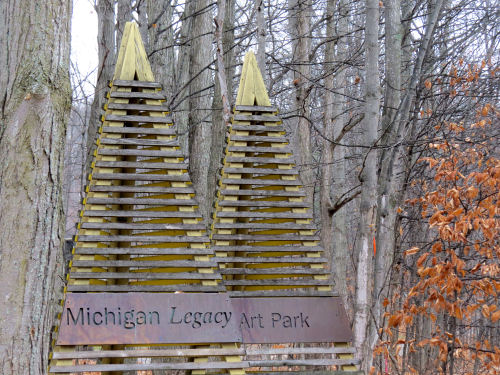 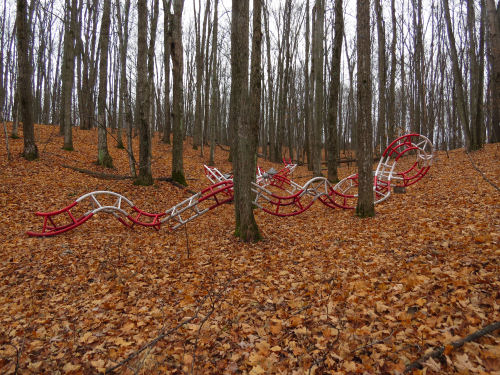 to the ultra-oversize, realistic Robins. 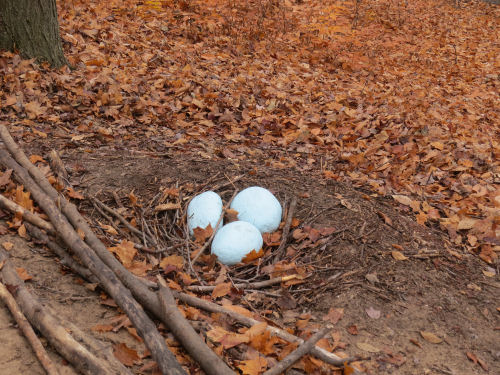 Many of the sculptures/constructions have some relation to Michigan history, like Sawpath 1. Easy to see how it looks like a large saw blade. 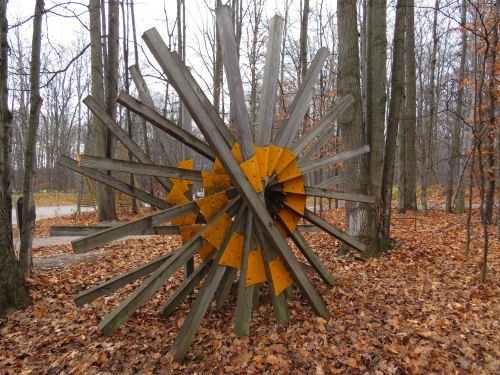 Nurture/Nature is supposed to make us think about caring for an egg, without which there is no bird, but neither is there an egg without the bird. 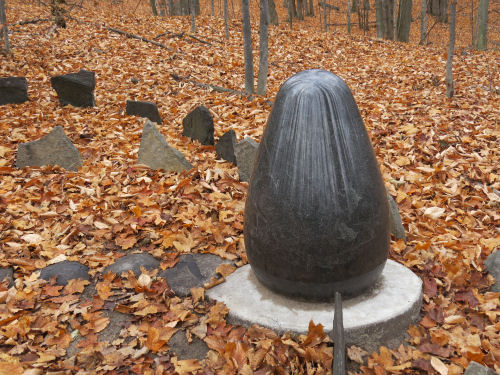 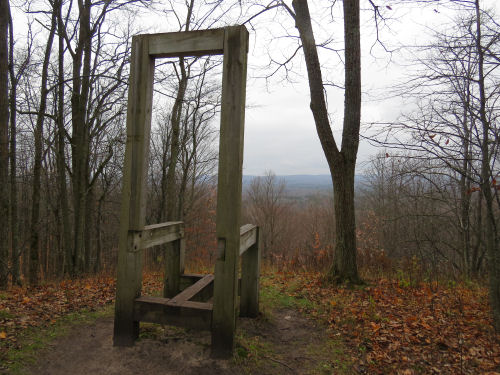 I found a tiny kinetic work of art among the leaves, to contrast with the huge constructions. Maybe more another day. Some were quite interesting.

Meijer crunchy peanut butter is my favorite too. FWIW, I like the kinetic work of art the best.