I am safely at Loretta's, but spent all day in the car, so this is a good time to share our fantastic wildlife sighting with you. I have not seen a luna moth in the wild since I was a child. I have never, EVER, seen one freshly emerged from the cocoon with bright colors like this. 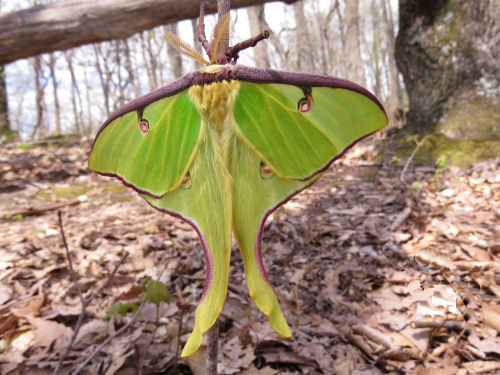 Let me tell you how we found this beautiful boy (more on gender later). We were about halfway up a hill on one of the trails at Clear Creek Metropark and sat down on a log to rest. I was generally looking into the vegetation- I'm always looking for interesting plants. There was a bare twig of a stalk sticking up with an odd green shape hanging off one side. I thought- that's funny. It looks like half a ginkgo leaf. Then I saw a matching one on the other side. Then I noticed what looked to be a fresh green maple key hanging down below that. I was momentarily mystified. Then I jumped up and said, "I think that's a luna moth!" I walked to the other side of the stalk and was astonished to see what I showed you above.

We approached very cautiously and eased in gently, but the moth paid no attention to us at all. After I few minutes I became convinced it was still drying it's wings- probably having emerged that morning, since everything was opened out, but it all seemed very soft. They tend to emerge early in the day so their wings will be dry by night when they fly. We didn't touch it- didn't want to cause any damage, but the "tails" still looked very fragile. 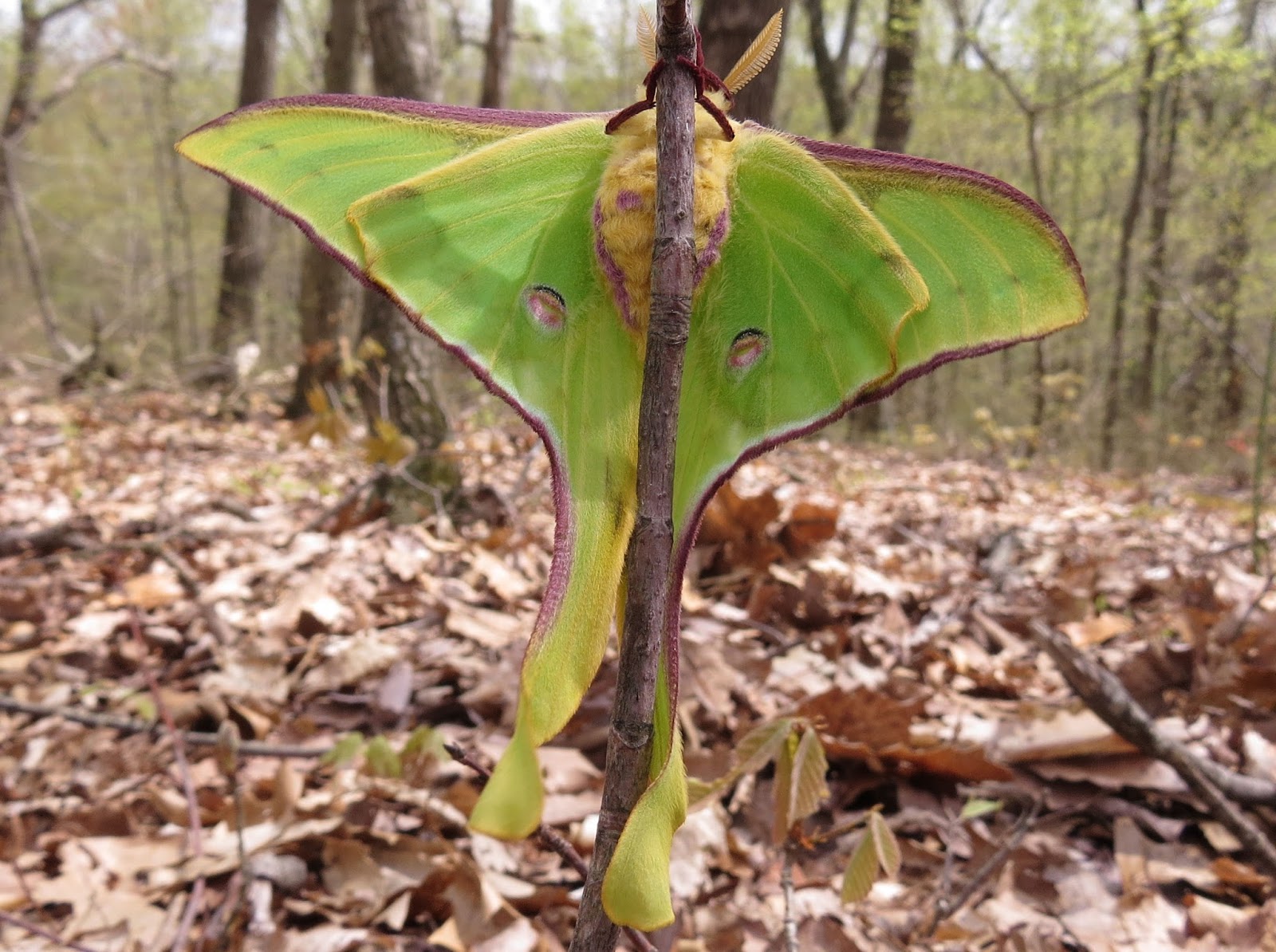 Two things struck us right away. One was how furry the moth was. The body could be called plush. 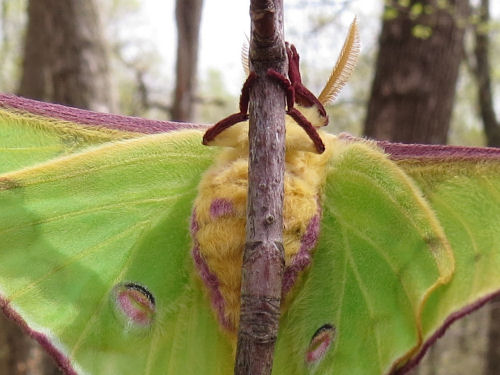 The other outstanding feature is the deep maroon coloring along the edge of the wings, and the legs. Look at those legs! 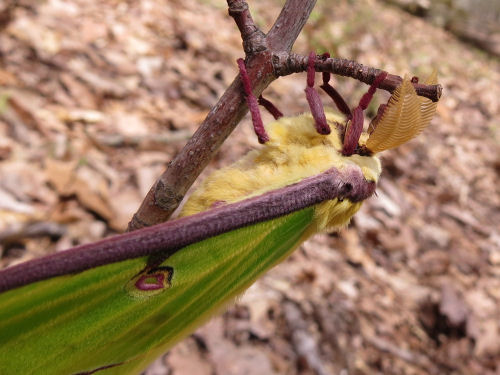 And the eyespots on the wings. 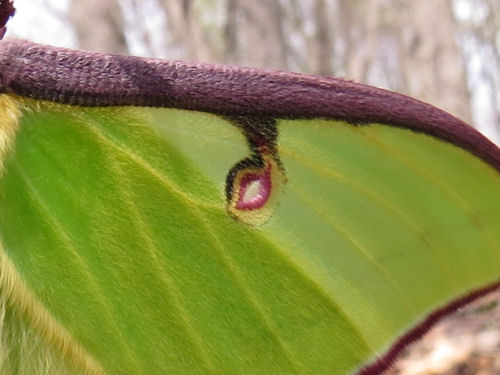 I did a little reading. The adults only live about seven days, so they have to find a mate quickly, but in the latitude of Ohio there are probably two broods a season. They have no functional mouthparts and can't eat. It's one of the largest moths in North America. We looked around for the cocoon, but couldn't find it.

The long tails serve to confuse bats, one of their greatest predators. In fact, if a bat happens to grab one of those wing extensions, the moth can lose it and still fly.

At Butterfly Ridge, I showed them my pictures, and they said it's a boy moth, because the antennae are very wide. Female's are skinny. Those antennae can smell the female pheromones from a great distance away, so the males can find a mate. 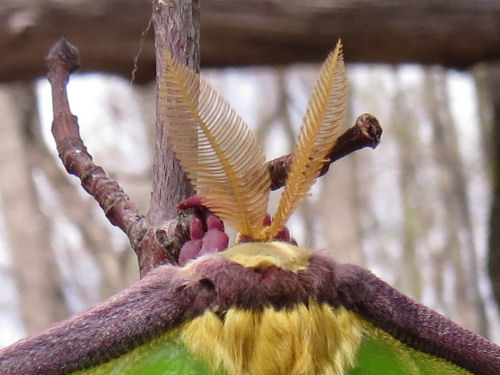 This past week, I saw and heard a lot of birds, including some warblers (which I'm no good at identifying), a captive screech owl, millipedes, and of course bunnies, squirrels, etc, but this has to be the number one wildlife sighting of the week. Although they are widespread, somewhat common, and not considered in any population danger, they aren't a moth you will see very often unless you go looking in the right places.

Apparently the host plants it likes can vary by region, but one possibility is hickory, and we did see a lot of young hickory trees in that forest.

Oh wow, how fascinating. I don't think I would have spotted that. A quick glance and it just looks like leaves

hello sharkbytes its dennis the vizsla dog hay wow that is wun big pritty green moth!!! dada sez that they yoozed to see those moths sitting on the owtside of the log howse bak in the mithikal land of noo york!!! it wood be cool to be brite green and to fly arownd but ummm i am not so shoor abowt the no eeting part i do not like the sownd of that!!! ok bye

We see these often when we are in Kentucky. I think they are easily preyed on though, because of their size. More than once we have spied one...only to return a bit later to find the remains. :(