Here are two more new plants from my New York trip. They are also both asters. They both have "wood aster" in their names. Don't be fooled by common names. Since the huge genus Aster has now been split into quite a few genera, these two are not even in the same genus.

First we'll do the Whorled Wood Aster. I knew this one right away when I saw it, even though I hadn't seen it in real life. It doesn't grow in Michigan. More typical of higher elevations and eastern mountains. Sure enough I saw it in the Adirondacks.

The leaves don't really grow in whorls, but are staggered around the zig-zag stalk so that they look whorled. The flowers aren't quite open, and it may have been droopy because things were dry. All the Oclemena Asters appear whorled. 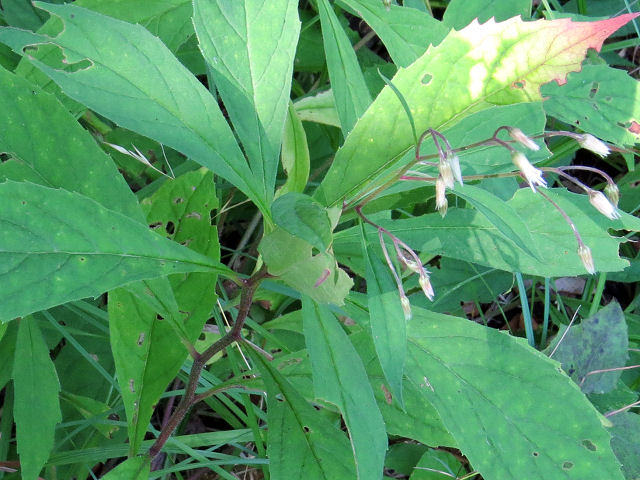 Now for the White Wood Aster. I struggled a little with the ID for this one, but it was in Huckleberry Bog, so I needed to get it right. It is now Eurybia divaricata. All the Eurybia have woody rhizomes and alternate leaves. I suppose I'm going to have to start learning all these new genera and their differences. It actually might help sort out the confusing asters, but all the new taxonomy is enough to make your head spin.

This one doesn't have its flowers open either. That would have been helpful, because it has fewer rays (the things that look like white petals) than some asters. What it does have is medium-sized heart-shaped leaves on long stalks. 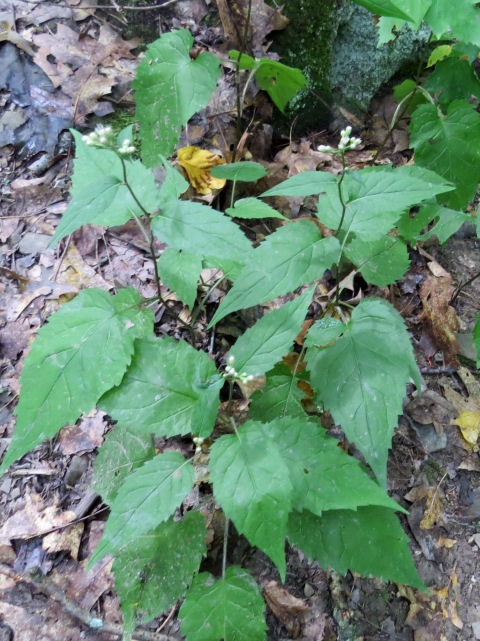 This one doesn't grow in Michigan either, although the Big-leaf Aster which looks similar is a cousin. But the leaves are bigger. Makes sense, right?

I wish the flowers would have been open, but they weren't. It's supposed to have a yellow central disk flower with the white rays. 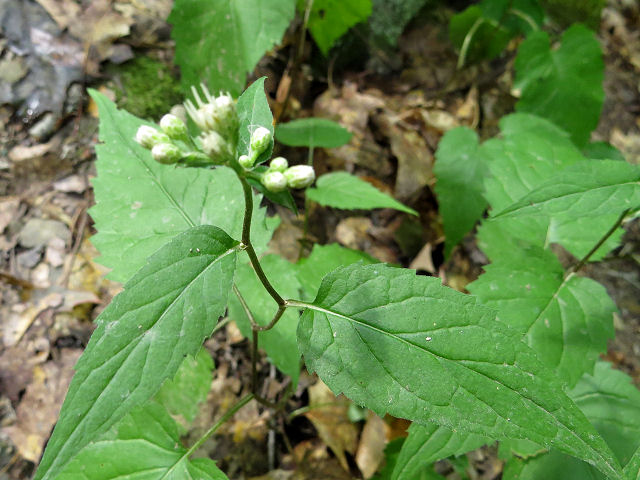 In other news: I wrote another chapter today, and did a lot of getting ready for the vendor event this weekend. Needed to clear off my big folding table. That was a chore. Then I worked on my botany web site, sorting all the Asters and getting them in their new genera.
Posted by Sharkbytes at 10:27 PM