I'm fairly amazed that in the few years I've been trying (semi-seriously) to learn ferns I've got quite a few of them down pat. Maybe 27. Of course, there are a lot more than 27 ferns in eastern North America, not counting fern allies like club mosses and horsetails. But 27 isn't too shabby. It gets me through the commonest ones. (My book has about 100, and there are something over 10,000 species in the world. I suddenly feel ignorant again.) I really tightened up my ID skills for New York fern in ... New York. I needed to be really certain of the identification because you might recall I was collecting information for a new guide to the Huckleberry Bog. The result is that I might be able to just walk up to this fern in the future and be sure I'm getting it correct. 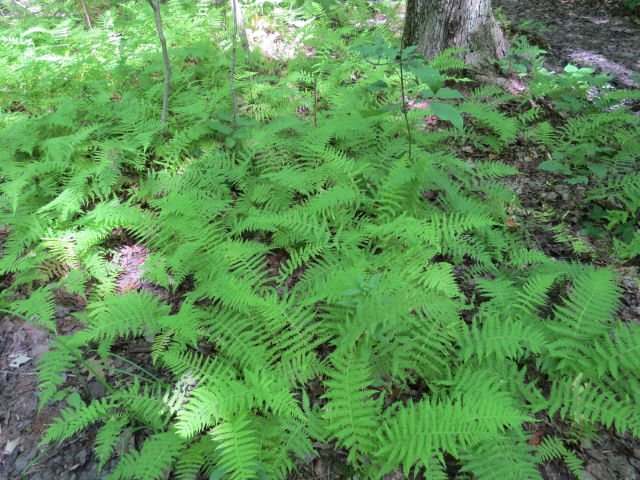 The frond tapers at both ends, and the lowest set of leaves (pinnae) are very close to the ground. 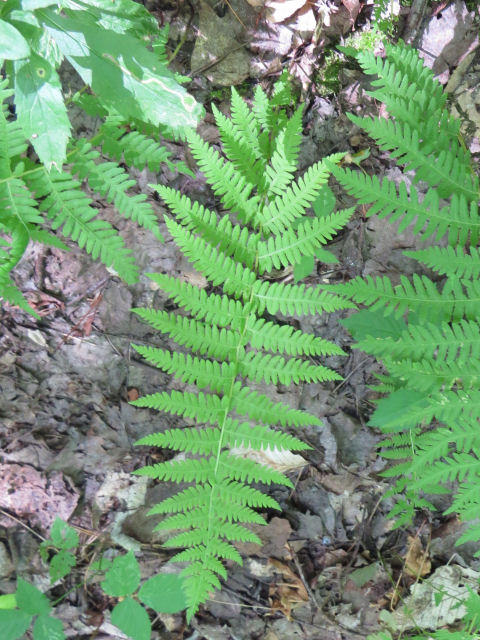 The lowest pinnae point downward, and you can really see how far down the stem (rachis) they go. 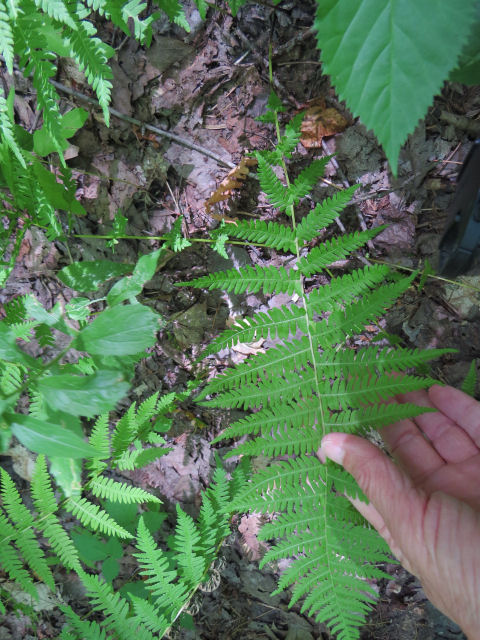 They grow from rhizomes (runners) rather than in clumps, and they are more or less arranged with three fronds coming up in close proximity to each other. 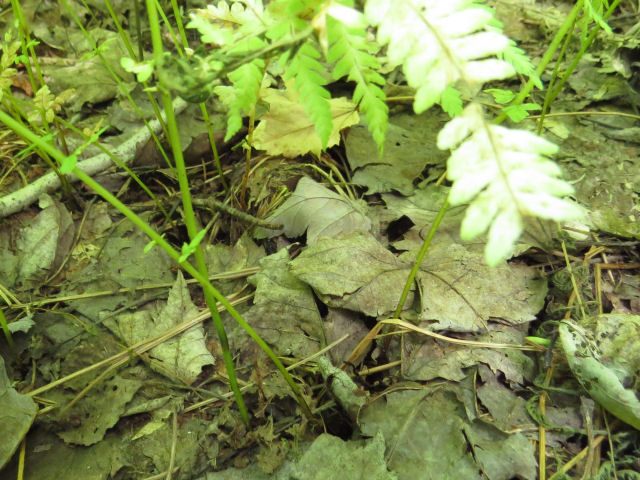 It's always a big plus when you can find the sori (spore cases) on the back of fertile fronds of ferns. These really help in the identification. These are really perfect. 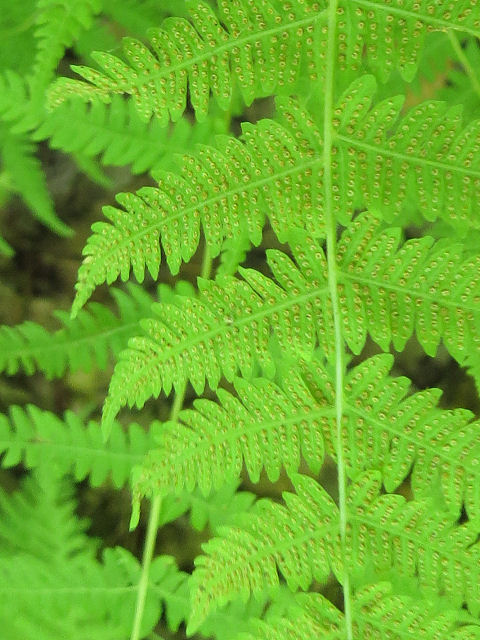 I've added this to my nature photo web site, which takes a lot of time. I learned why browsers now auto-rotate pictures seemingly at their whim, and that there is not much you can do about it except save them in the "wrong" orientation. Or you can take the pictures the exact way you want to use them later. That's not happening. Anyway... browsers now read the EXIF info (information the camera records when the picture is taken) and orient pictures based on that. What a pain. I'll have to go back and fix a lot of images. Sometime. Not tonight.

I was not a good girl today. I goofed off a lot. That has to stop.
Posted by Sharkbytes at 9:58 PM

I've always liked ferns but wouldn't know one from another.
Interesting about browsers auto rotating photos.. Anything to make life more difficult

Ann- it does seem like they just want to make life difficult.

I stared learning ferns here when I was in my late teens. Nobody else new them well, and there were only a (relatively) species to learn. I corresponded with Dr. soper in the Botany Dept. at UofT and got a list to go by. At one point I could identify about 40 of those in Ontario. When I was in hospital after eye surgery I memorized all the Latin names!

I am definitely fern challenged in comparison to your friends.