I'm taking you back to the Baker Sanctuary today for another prairie plant. I wish it had been in bloom because it's a spectacular plant, but it was too late. So you get spectactular seed pods instead. The trick is... exactly which False Indigo is it? 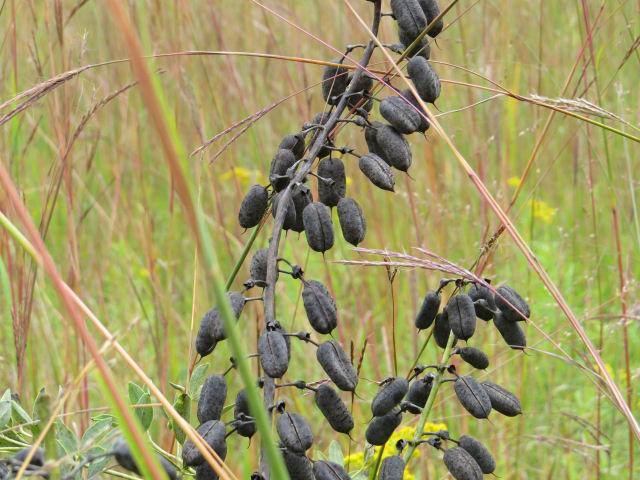 The genus is Baptisia. It would be easier to tell the species if I knew if the blossoms were white, yellow, or blue. But the only real clue I get in September is the shape of the leaves. 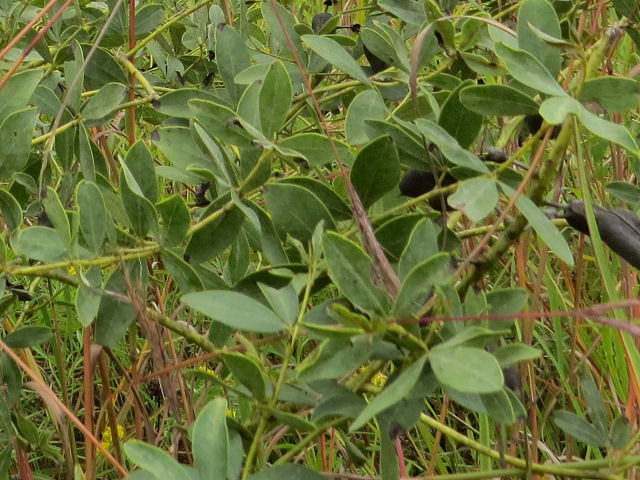 I believe this is White False Indigo, based on the leaves. Baptisia lactea, formerly alba. That means it would have white flowers. Here's what the whole plant looks like. 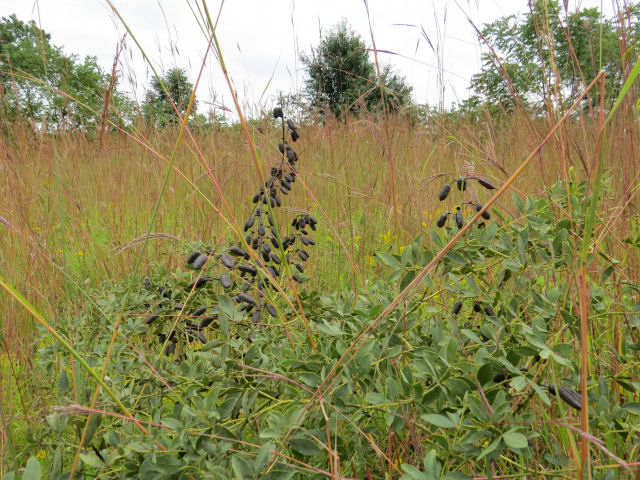 And a seed pod popped open. 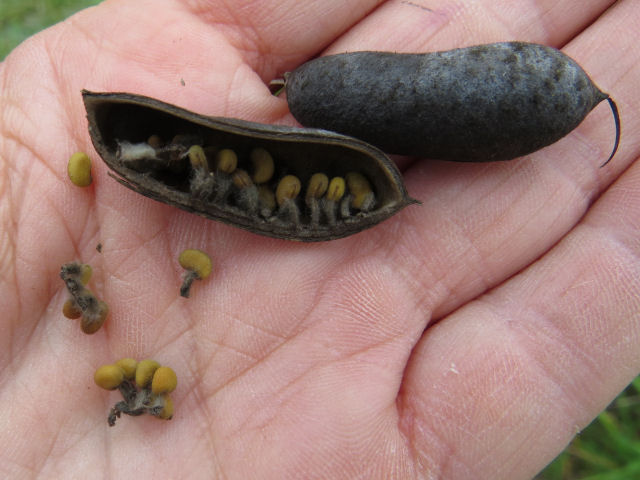 Why false indigo? Because true indigo dye comes from plants native to India and SE Asia. These plants also produce a blue dye, but it was considered inferior in quality, thus "false." Indigo was the dye used for blue jeans. Now, it's all made synthetically.

In other news: I did work on the well pit today, and got some stuff done, but nothing really of interest to show you, so that's why I went back to a plant. I wrote a chapter in The Lonely Donkey, and did one of the illustrations.

Interesting story behind the name. The leaves remind me of something else but I can't think of what

Ann- probably peas or beans or clover- they are all cousins