You didn't think you were going to get out of another fern did you? Today, I bring you Hay-scented Fern. This is not one that I could previously identify at all really, so we'll see if the learning sticks. It doesn't grow where I live, either, so I'm not going to run into it a couple of times a year.

The biggest surprise on this one is that it's related to Bracken Fern, a really common fern throughout the world. One of the most common, in fact.

Hay-scented fern grows in spreading patches much like the New York Fern. However this one is usually taller. The tips of the fronds are much more of an elongated point which tends to curl downward gracefully. 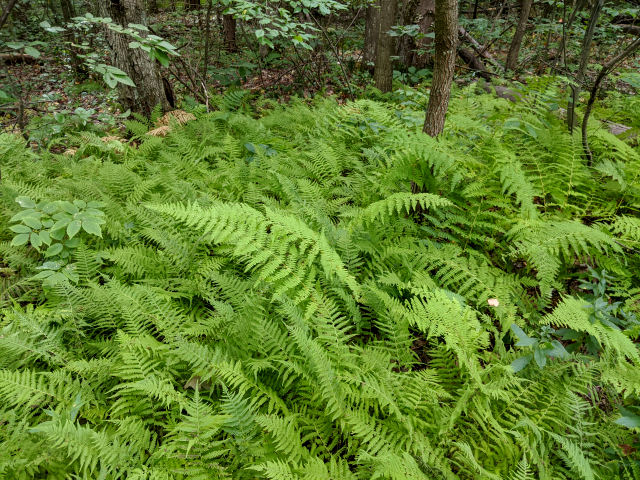 The pinnae do not get as small and scattered toward the ground as the New York Fern. And, by the way, if you crush it, it smells like fresh hay. 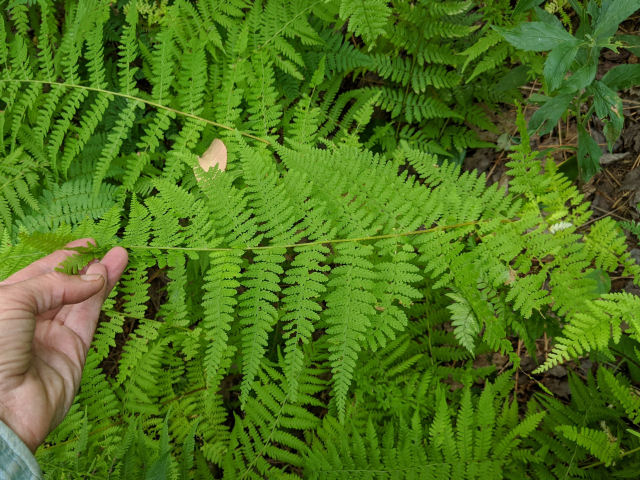 Here's the real kicker- Turn over fronds until you find one with sori. Hopefully you'll have success at this, at least in mid to late summer. The sori are round and scattered along the edges of the pinnules. Also notice that there are fine hairs on the rachis (stem). 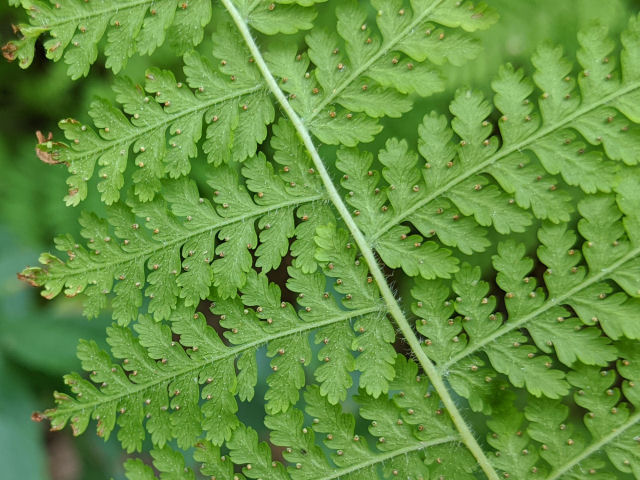 Look even closer. In fact, if you have a hand lens (botanists usually have one on a cord around their necks), you can look really closely. The spores are actually in little clusters enclosed in a pill-box shaped structure. That pill-box is called an indusium. Really the clincher for this fern. 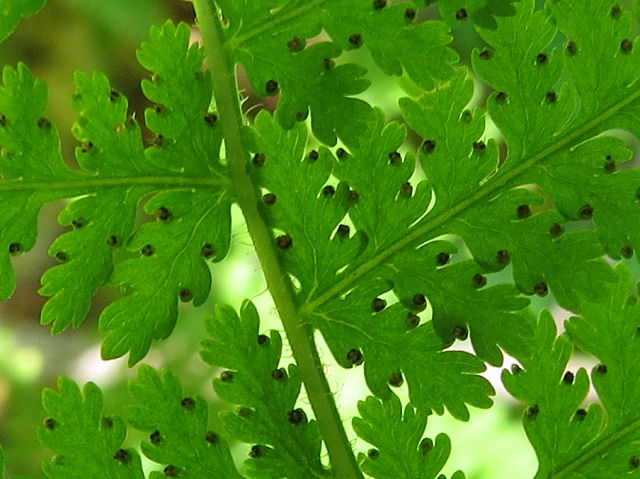 So... I'm counting this as a new plant for me. If I have seen it before I hadn't identified it at all. Making this a premier trip (as if it weren't already). And, I have a couple more new plants too. One is identified. I'm still working on one.

In other news: Three vendor-friends held a little event today. I sold one book. We're doing it again tomorrow. Low-key. We'll take anything we can get. I managed to write half a chapter. However, it's hard to use the computer outside. Too much glare on the screen.
Posted by Sharkbytes at 7:12 PM

Very interesting. I've never really looked that close at a fern before.

Ann- ferns are fascinating, and mostly you don't need a magnifier to see their parts.