Look at the little piles of shiny flakes around the base of the grass stem! 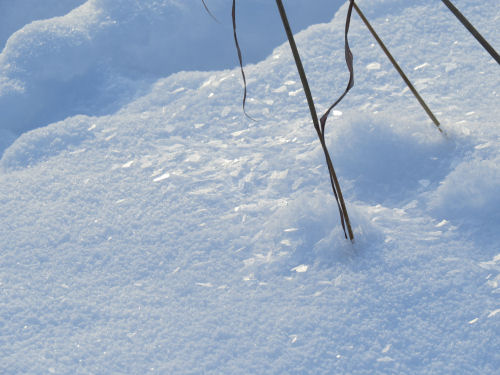 This afternoon, almost every stalk had a scattering of shards beneath it. Here's what I think happened. This morning was one where every surface was covered with frost. Most of it was tight and fine, rather than large crystals. At least that's what it looked like from the house. I wasn't out this morning. However, when I left work at 3 am, the windshield had that kind of frost on it, the kind that is really difficult to scrape off.

When I got up around 11 am the trees were all while, but not fuzzy looking, as is the case with thick hoar.

The sun was out! A very welcome sight in late January. By the time I got outside for a walk, the frost had all melted off the trees, cars, and other surfaces. But Maybe the frost was thicker than I had realized, and the stems absorbed heat faster and so the frost flakes detached from the warm surfaces of the plants.

My favorites were these long flat crystals at the edge of a deep deer track in the snow. 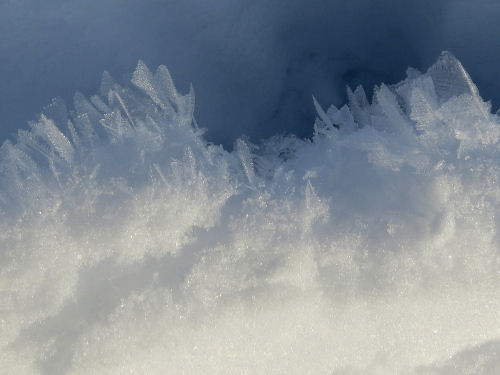 These appear to be "white frost" which supposedly forms when there is a light wind with high relative humidity. White frost has large interlocking needle-like crystals. 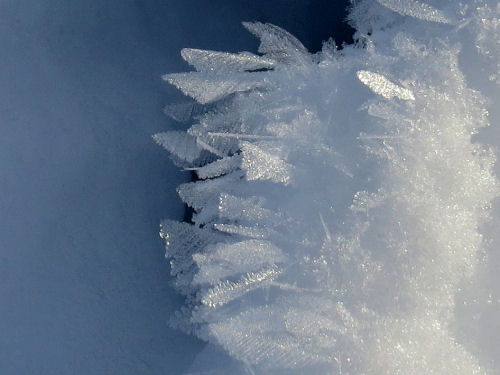