I mean the title literally.

One of the fun things about my recent Ohio hike is that it's a section of trail that I helped build. In 2006, my buddy Ester and I participated in a work week on the Buckeye Trail. We worked on three distinct locations.

I recognized all of them as I was walking. Today, I went through my pictures from that week, and I can show you two of those areas when we were working on them.

Keep in mind that it was a dreary, drizzly week in April when we did the work, but even so, you'll appreciate the difference.

First of all, just east of Florida, Ohio, we did some benching. That means where the trail is on a hillside, you need to cut a level treadway. Here is no one posing with a McCleod (the tool of choice for this job), followed by this location last week. 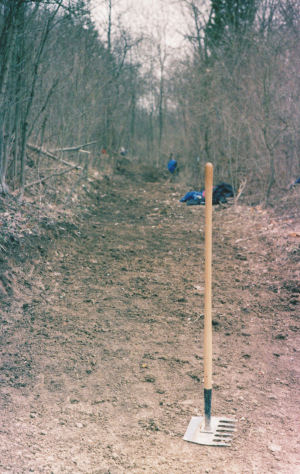 The next day, we worked on reclaiming towpath where it had completely grown up with small and medium trees. First a guy with a saw cut off the medium trees at about four feet. Then a bunch of us worked on grubbing them out. The length gave us a sort of handle for leverage. Other people cleared small brush. 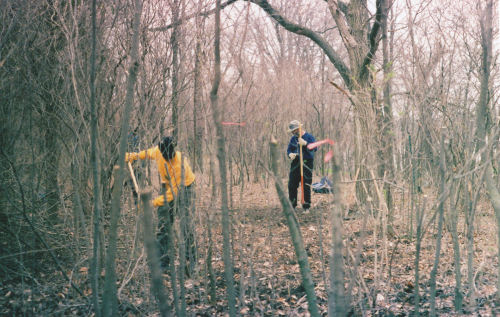 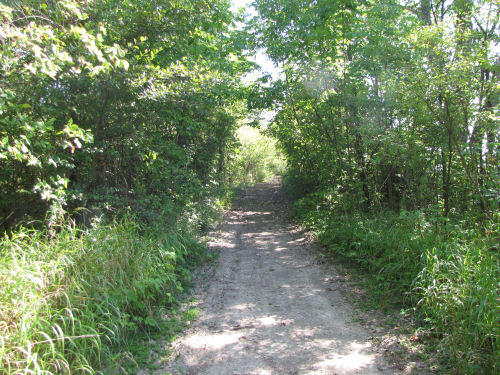 I don't seem to have the exact spot since I don't see the tree with the horizontal branch, but both pictures are within a few hundred yards of each other.

Ester and I worked a long time on one very stubborn root. When we got it out, we were so proud of ourselves, we each had our picture taken with it. 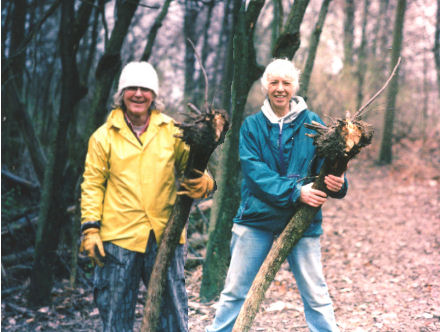 It was a lot of fun to see trail being used, and to know that I helped build it.

It takes a lot of loving labor to make the way for those who follow. Well done!

it's looking great now. All your hard work paid off

vanilla- I sure try!

Chuck- before I started all the serious hiking, I really had no clue how much work it takes to keep a trail open and useable

Ann- and maintainers who probably trim it every year.

I can't imagine how proud you must be for helping to create that trail! I now have new appreciation of all of those local trails that we use. I never thought of those who created them.