Afghans I Have Made- Crochet- Formal Design


You will think that my afghan-making brain was absolutely stuck in a rut, but I didn't choose which pattern to use for my next (third) afghan project of my life.

Amazingly, this was begun and finished in the same calendar year, 1974. At that time, I was pretty close to my younger sister-in-law, Kathy. At that time, I knew her better than Loretta, whom you've heard a lot more about. I told Kathy to look through my pattern books and pick one she liked. She chose this one, another plain afghan stitch background decorated with cross-stitch.

Here is where the project stood in early summer 1974. 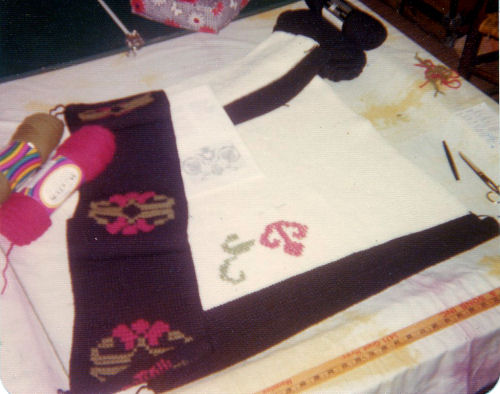 At that time we had lots of teenagers in and out of the house, and had a couple of foster kids living with us, but baby Steve did not join us till 1975, although he was born in September of this afghan year. We had begun the application process to adpot, but didn't know anything of Steve till early 1975, so the all-time-consuming business of small children had not yet taken control of my life.

The afghan and accompanying pillow were completed in December of 1974. 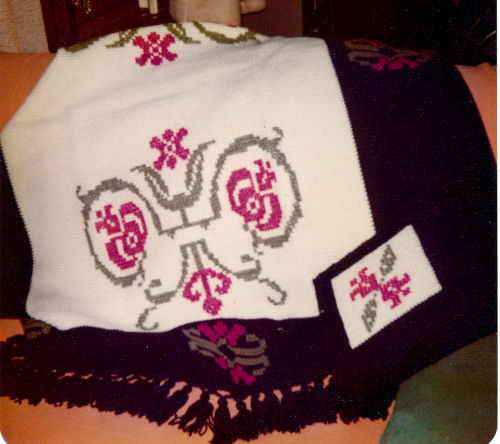 I have no idea what ultimately happened to this afghan. Sadly, Kathleen died in 2009, although she held on against overwhelming medical odds for a long time. Hopefully, someone, somewhere is enjoying this piece of handiwork.

Again, the closeup is pretty crummy as it's a scan of an "instamatic" photo. 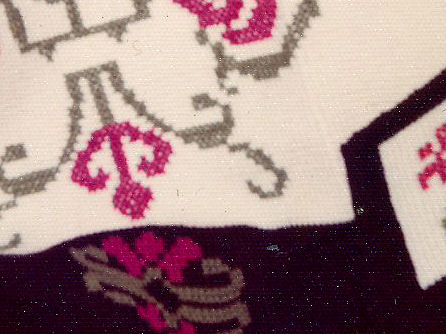 Any bets on what method was used for the fourth afghan? It was never finished, so I'll have to go box hunting to bring you that one.