Afghans I Have Made- Knit- Falling Leaves


I started this afghan around 1994. Dug it out of a box to show you. Can I say I HAVE made it since it's obviously not finished?

Well, anyway. I really like this one. It will be mine if I ever finish it. And it's a completely scrap-craft project- no new yarn purchased. 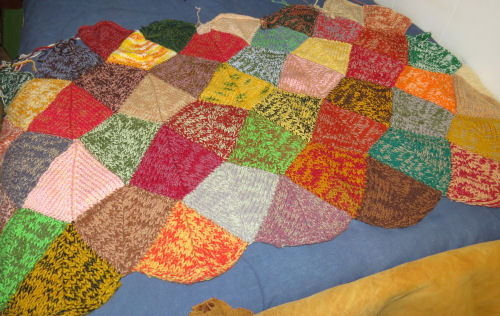 By the time I dug out all the motifs that are finished but not sewn together, and laid them out, there's quite a bit done. More than I thought. 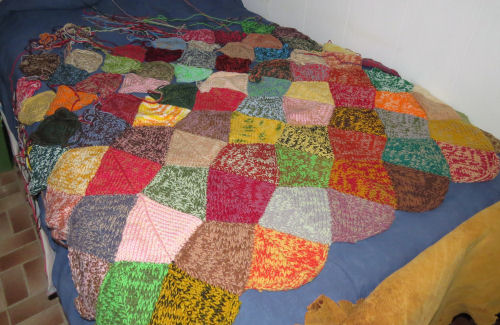 Each trapezoid is knitted separately and then fit together. Of course, I couldn't/didn't want to keep it simple, so every single motif is different. Since there are two strands of yarn in each one that's not too difficult. I just have to be sure I don't combine the same two more than once. There is one strand of 4-ply worsted weight and one of a sport-weight yarn in each "square."
My stash is huge and has increased since this was begun, so it won't be any problem A-TALL to continue the uniqueness goal. 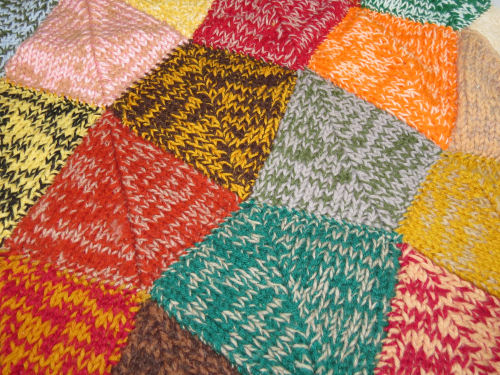 The motifs are fun to do because you decrease as you go up creating the rib up the middle and coming to the point at the top. 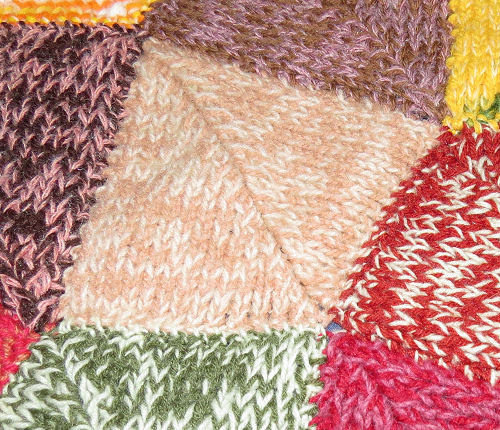 It's knit on big needles so although the two yarns make it bulky, it's also soft. I'm liking the looks of this one as much as I did when I began it. I think it will have to be finished after the afghan for the contest is done.

You could say you are making it if you put the needles in it again!
Looks comfy.

That is very nice. I like the different color combos.

I like it. Very colorful and I like the idea of using up all the leftovers from other projects