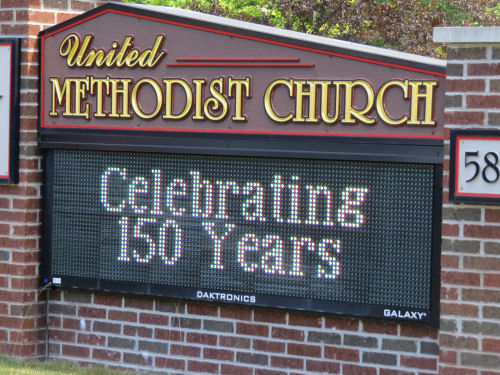 That's the church where I play handbells. We did a couple of easy songs. There were quite a few special parts of the service. A combined choir and orchestra did special music. 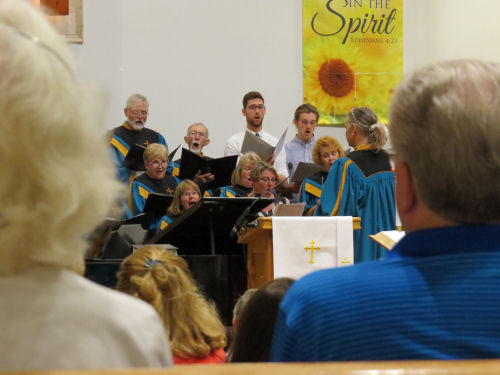 One of the really fun things was a living history sort of event. Many Methodist congregations across the (then) frontier were served by circuit riders when the churches were too small to pay a minister. These pastors rode from village to village preaching and serving. They stayed with local people for a few days before they went on to the next town.

So, today, a circuit rider appeared at the celebration. He also gave the children's sermon. 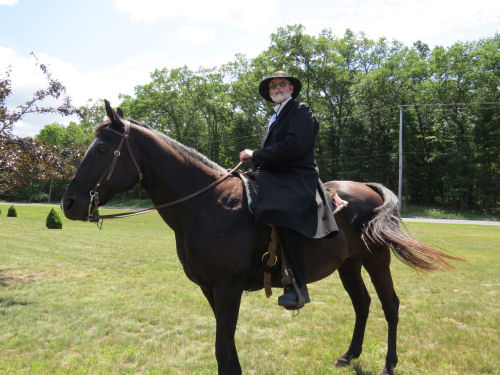 Several former pastors were there and reminisced. Of course there was a slide show of past and present events. The message was given by a man we've known since he was a teenager. I like to think we had some small part in making him the man he is today. The sermon was timely and dynamic. It was neat to see him again. Afterwards, there was good food and lots of it- a pork roast, corn on the cob, salads and desserts. No problems there! 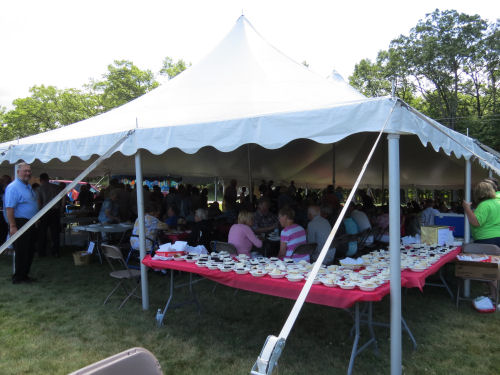 The contemporary worship band filled the tent with music. 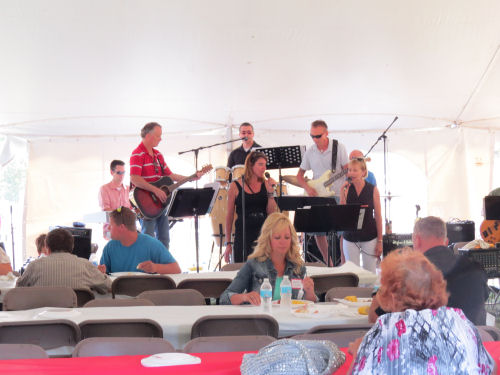 It was a memorable celebration, with a good look forward to the next 150 years.

(Just as a fun test- can you find the person who appears in two of the photos?)

That must have been a fine day.

What a fun day. I tried but couldn't spot who the person was that was in 2 photos