I did something today that I haven't done for a long time (but I was late and didn't do much).

The bell choir I belong to is part of the United Methodist Church. When the church is having Vacation Bible School various church groups volunteer to cover dinner for one of the days that VBS is running. Today was our day. I thought it would work OK, since I usually would be just finishing work at the right time. But of course, work ran late.

So I got there in time only to wash down the tables and benches. I guess that was helpful, but it sure wasn't much.

Anyway, I had never seen this part of the church facility. They have a nice pavilion with a kitchen back in the woods. I think this is good placement- not out in the blazing sun. 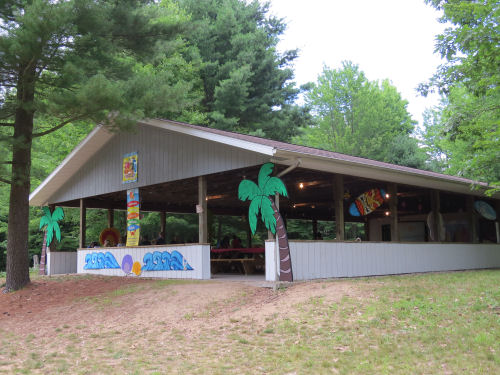 The kids were done eating by the time I arrived and were already divided into groups and had started their activity rotation. This was the craft group, meeting in the pavilion. 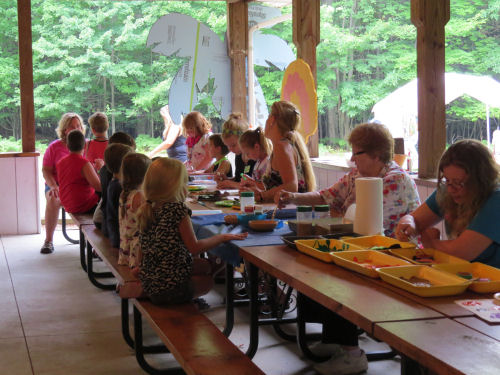 Here is the small kids recreation getting organized. The bigger kids were out in a field doing some sort of relay races, but I didn't get a picture of that. 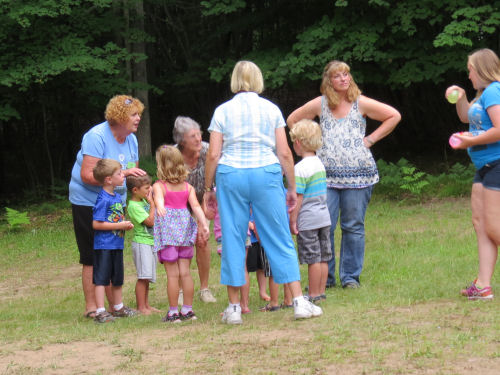 The other activity was story time, also split by ages, but here is one of those groups. 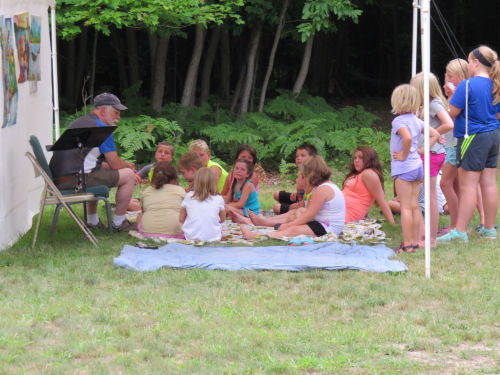 I haven't done anything with kids in forever. Actually, I still haven't except that we were sort of in the same space.

Just to round it all out, here is the Community Garden, which is hosted by the church. As you can see, it's close in back of the main building. (This has nothing to do with VBS, but it's on the way to the pavilion.) 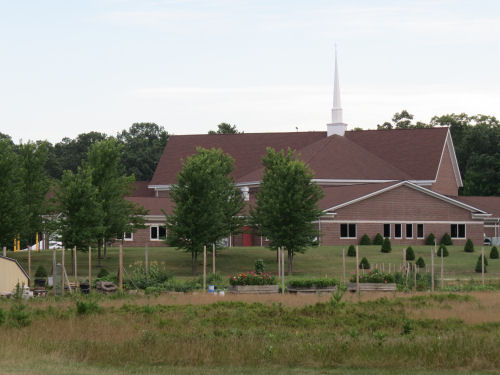 Lots of good service type stuff going on there, I think.

Posted by Sharkbytes at 7:50 PM

Email ThisBlogThis!Share to TwitterShare to FacebookShare to Pinterest
Labels: church

What a nice pavilion that is. Certainly a great place to hold VBS.

They also serve who wash down the furnishings, so you are a VBS participant. Nice going with both dishcloth and camera.