The actual day was dreary, beginning with thundersnow and ice which changed to rain. I worked all day and am soon headed back for the Friday night routine.

But I'm reading a book about conquering fear and hiking. The author mentioned a study where hospital patients healed faster when they could view nature scenes through their windows. Even seeing pictures of natural settings promoted healing!

So, I'm playing that game where you take some numbers and look in your computer files for pictures. The date is 2-24. So I looked on my second SD card after I started taking digital pictures that were stored on them. Here is the 24th picture. I took a chance that it would be something outdoors, and I win that lotto.

This is a multi-use trail in Grand Rapids, Minnesota. Marie and I hiked it in August of 2009. It's part of the North Country Trail connections. When I first saw this picture I assumed it was part of the Mesabi Trail, which goes north from Grand Rapids. However, this was the day we hiked into town from the Chippewa National Forest. That was mostly road, but there must have been some small piece of paved urban trail. 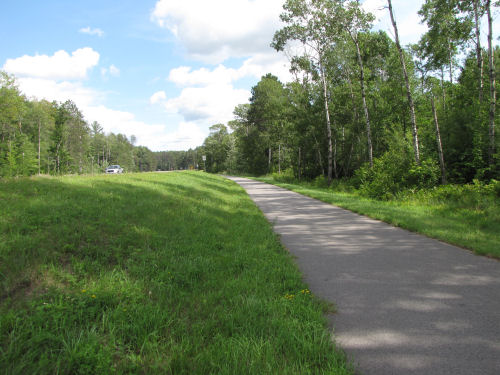 Since I never really blogged about any of this (very hard to get internet connections on the road then), I'll put the picture in some context. As we connected from the Chip to Grand Rapids, we generally followed the route of the Mississippi River. 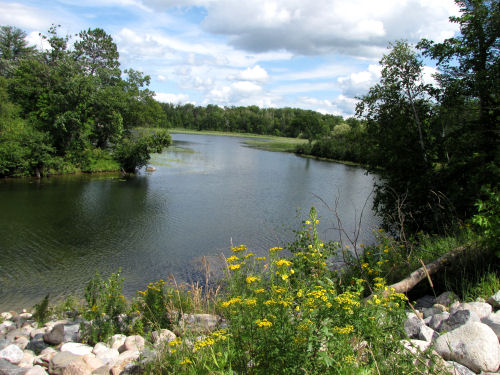 That same day we also walked past some lovely wetlands filled with water parsnip (Sium suave). 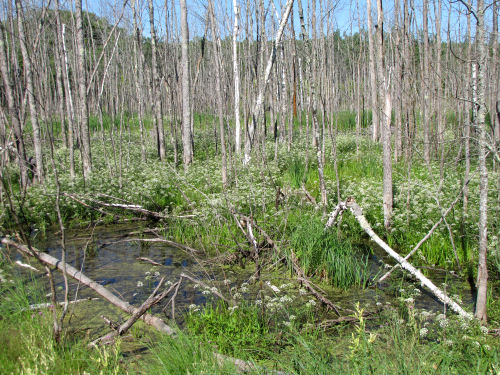 If there is any one flower that says northern Minnesota in late summer it's fireweed, Epilobium angustifolium. 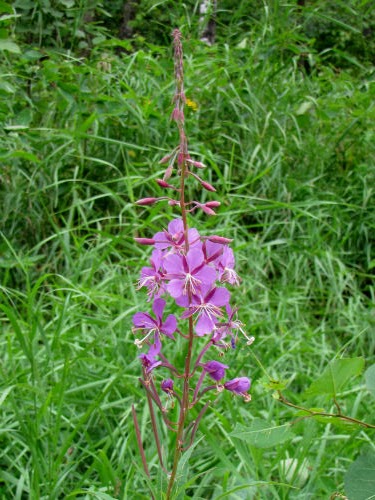 We camped for several nights at the City Park where the sites were very reasonably priced. The alpenglow on the trees that evening was gorgeous. 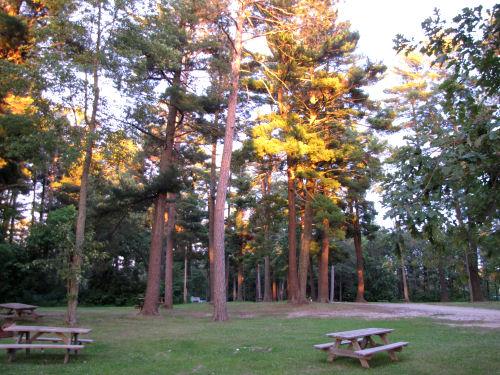 The joke was on us a couple of nights later. We found out the park was right next to the speedway race track. On Saturday night we literally could not even stand being in the tent, so we took our book and drove to a different park many blocks away where we read and then talked till long after dark and it was "safe" to return to our tent.

Here's hoping this little nature moment from a few years back made you smile.

I can see how pictures like this could speed up the healing process. It sure would work for me.
No wonder the camp site price was reasonable being next to a speedway