A Night in the Kitchen


Hopefully, this won't turn out like a Night at the Museum.

The story begins last week with two monster zucchinis. I've made two loaves of bread with shredded Z in the fridge for two more, 2 quarts of soup, and tonight I tried something new. Zucchini dill pickles. 6 pints of them. But now I'm out of zucchini again!

I'll let you know how they turn out. They were easy to make, so I'm hoping the answer is that they are good. I don't make pickles much, because about the only kind I really care much about are dills. 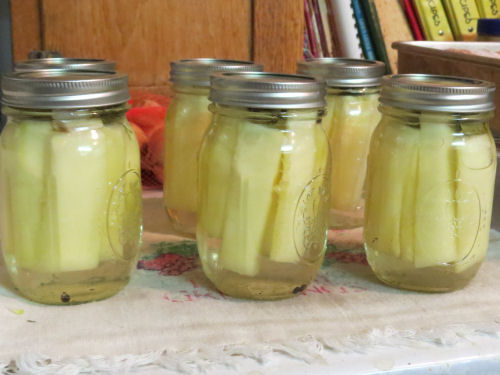 And, we have a potluck at work tomorrow, so I made rolls. Yes there's one missing. Had to test them, don't you think? 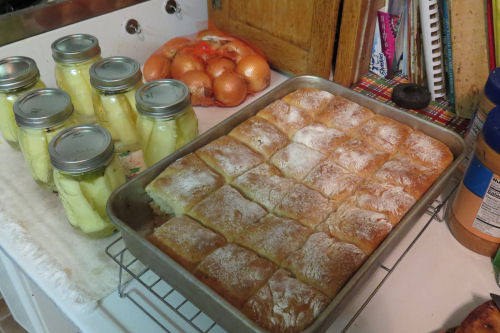 I also was given a baby monster yellow squash. I cooked that in the crockpot with onions and cheese. That was so good, I ate it all in two days.

Those rolls look good enough to eat . . . Oh yah, that's what they're all about.