The first phase of the stripping is 100% done! I thought I'd never get there. 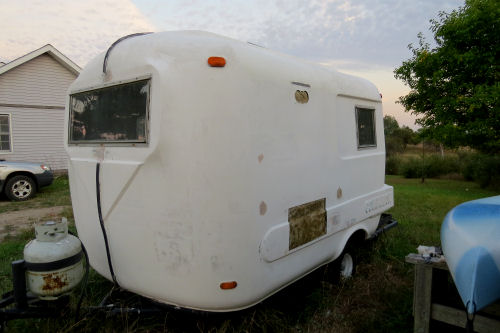 (Skip this part if you don't want the technical stuff.) Just for the record, I used almost exactly 1.5 gallons of Citristrip. In my opinion, it worked well. Some areas of paint came off with one application, some took two. This seemed to be related to the thickness of the paint, and how much it had degraded. However, the temperature also seemed to matter. I think the stripper worked best between 70 and 80 degrees. It definitely worked less well below 70. I left the stripper on for about an hour before scraping. It was usually dried in that time, but it had also soaked into the old paint. It didn't seem to soak in well at lower temperatures. If I left it longer than an hour it didn't seem to work better, but only took longer between coats. After each area was scraped, I wiped it down with mineral spirits.

I recommend buying as many plastic scrapers as you are willing to. They were only a buck each, but I'm cheap. I used 6. A better number would have been 8. Not only do they get dull, but the plastic actually softens. I was able to put a bit of an edge back on them, but it didn't help much because they got too flexible. I did like using a narrow one (1.5 inch) for tight curves. And I also used a kitchen scrubby for really tight places.

Getting this job done doesn't mean I'm anywhere near ready to paint. I have to finish filling those big holes with fiberglass, and there are a lot of dings to be smoothed out with filler. A final filler coat has to go over the bigger holes too. 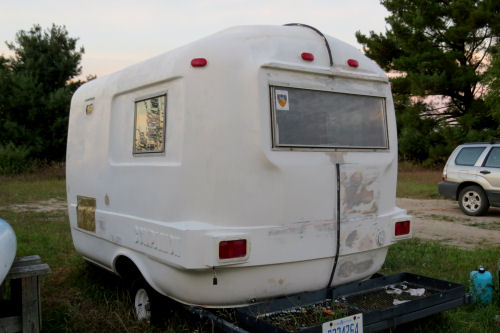 I also have to go over the whole thing at least one more time to remove the residue from this stripping. Lacquer thinner and a Scotch-brite pad were recommended. I tried a test patch and wasn't overwhelmed with the results. But that's something to figure out another day.

I'm also about ready to pull the windows and lights. 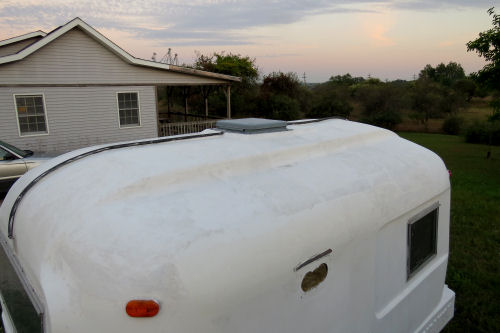 Don't even ask how long this will take. It will take as long as it does. Some days the weather doesn't cooperate. Other days I'm just too tired after work. Today... Worked all day (but we did finish early), came home and did trailer stripping and wrote another 500 words of Dead Mule Swamp Druggist, and am headed back to work for the night in less than an hour. Energized is great, but eventually I crash.

It hasn't got much to do with the trailer, except that I was outside to see it... the sky was gorgeous! 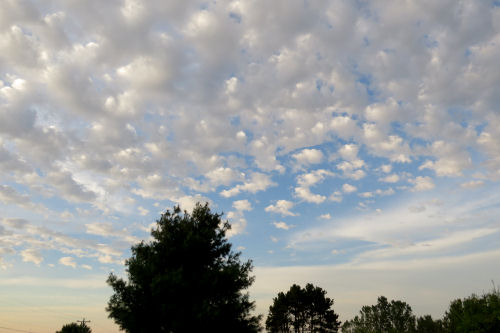 and I finished the trailer job just at sunset. 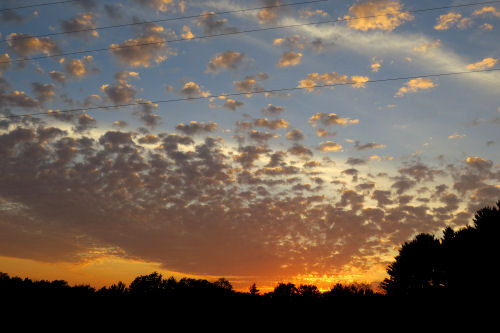 Posted by Sharkbytes at 8:18 PM

Great to see the progress!

You've come a long way and it's looking great. Love the sky pictures

That is looking good!

Great to see the progress!