I thought I'd walk down and see how the Gordon Road project is coming along. The Road Closed signs are still in place, but people are driving through. It's all paved now... it was the last of the dirt roads near my house. 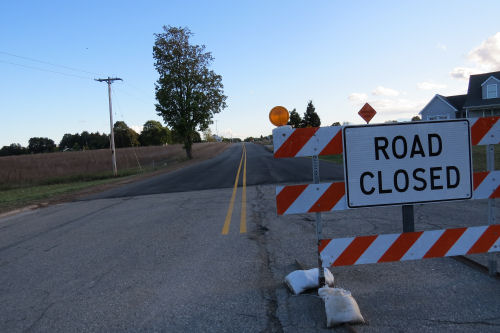 I find it hard to believe this road is 3.5 feet lower than it was before, but perhaps the previous 10 foot clearance wasn't quite that low. I'm also pretty sure a long truck 13.5 feet tall would not want to try this. 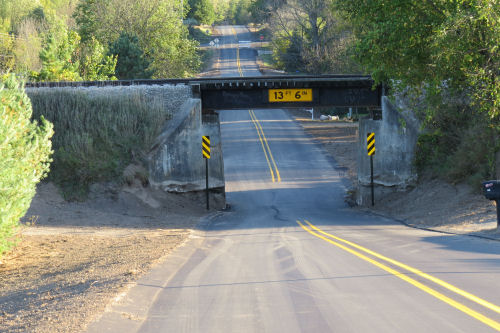 I was hoping to find something else of interest on the way. Not much. I took the same route as last time, climbing up to the tracks and walking home that way.

Here's a report on the area where the fire was in August. Nice and green, some branches pretty black, but it looks like all the large trees will survive. 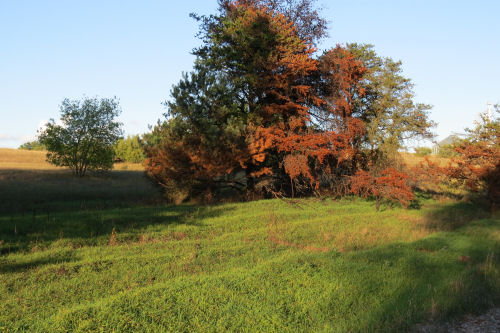 Once again the best scenes of the day are the dramatic skies. Sunrise, before and after the light hit the clouds. 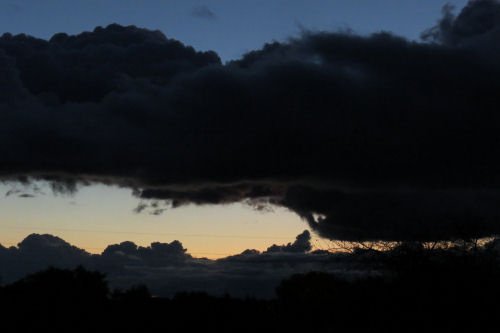 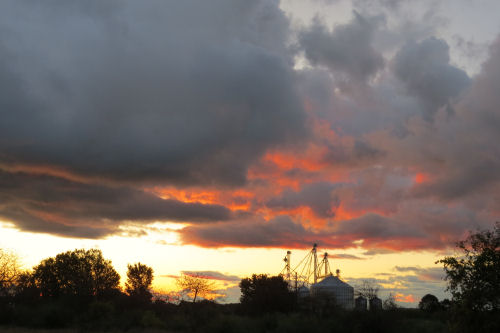 It rained for a while while I was at work, but only the clouds are left now. 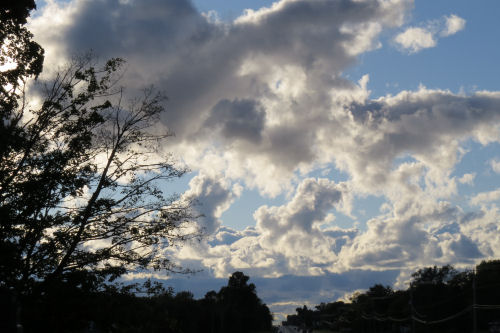 I'm pretty tired. The day shift was a little rugged- machinery not cooperating. No matter, I get to go in and do some more of it in a while.

so I guess Gordon Rd is only closed now for people who don't know better :) Glad to see the are recovered nicely from the fire