I'm not going to be able to identify all these perfectly. Not all had labels. But there was a great variety of carnivorous plants.

We have native pitcher plants, Sarracenia purpurea, that look very much like this one, but it wasn't labeled, so I'm not positive. Pitcher plants lure insects into the pitcher where they drown and are then digested. 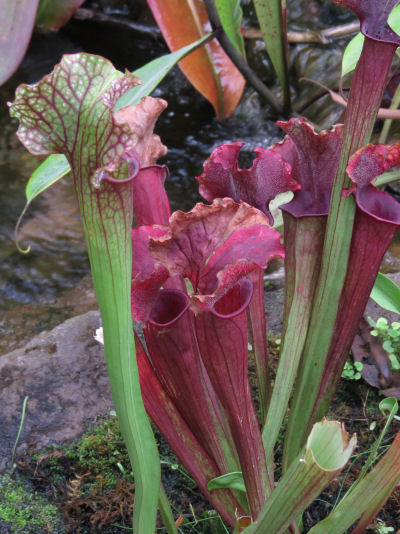 However, most of the pitcher plants were native to the tropics. Many of these are trees. This is Nepenthes bicalcarata, native to Borneo. Common name Fanged Pitcher Plant. Look under that little hat and you'll see why. 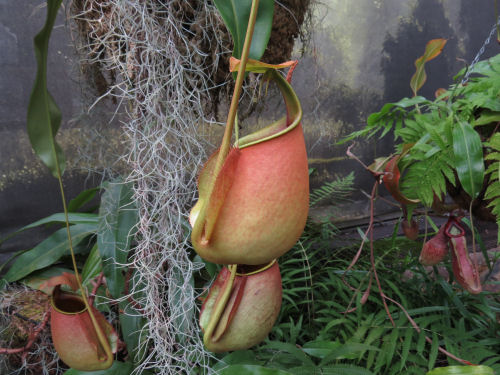 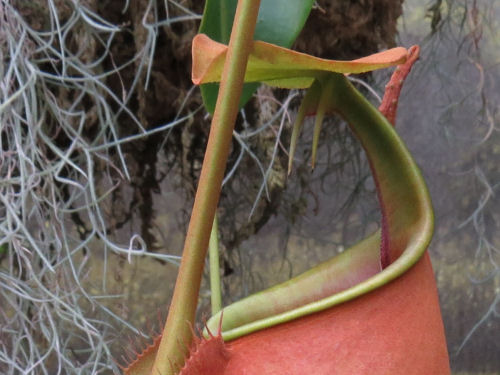 The variety of tropical ones was interesting, although I don't know enough to know if there were many species or just variations of a couple.

This was identified as Red Leopard, a cultured ornamental of Nepenthes sp. 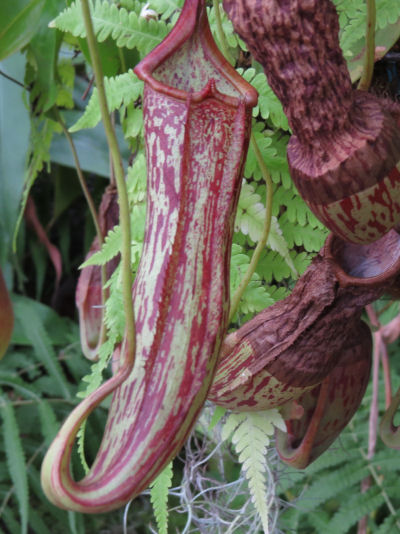 Here are two more- one with that red lip, and another with toothed combs. 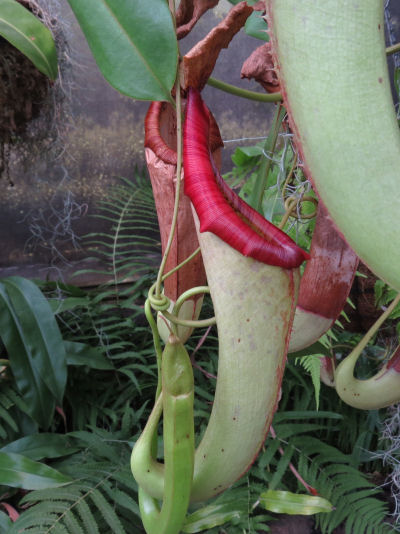 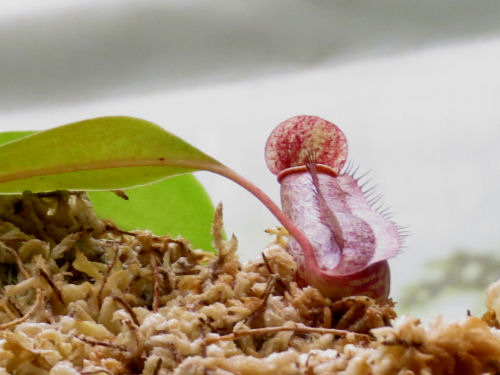 Everyone can recognize a Venus Fly-trap. Of course there are lots of species. This one is the common one you can see in the wild, Dionaea muscipula, although a very healthy one. The ones I've seen in swamps are much smaller. They, snap closed when the hairs are mechanically triggered, and they then digest the insect captured. 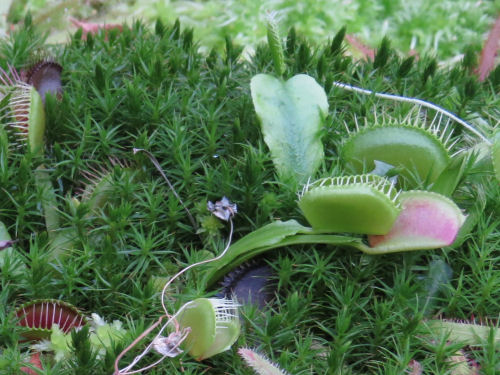 Of greater interest to me was the Sundew growing in front of it. I've seen two kinds in the wild, this one is different. There are almost 200 species, but only a few grow in North America. I believe I've figured out that this is Drosera adelae, Lance-leaved Sundew, native to Australia. Notice the strap-like leaves. And... it was blooming, with these beautiful tiny red flowers. Sundews have sticky pads on the edges of the leaves to trap insects. 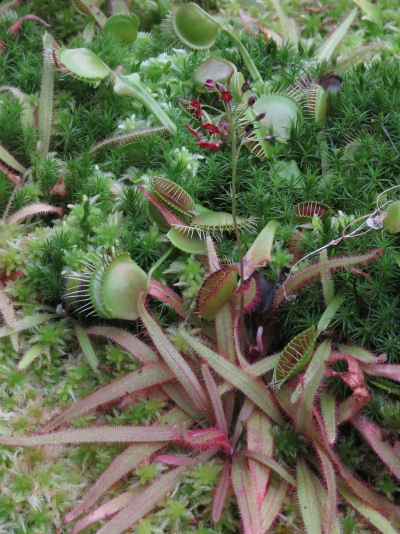 And, I learned something really new. I was not aware there is a carnivorous bromeliad. It also lures insects with a sweet odor and ultraviolet colors to a watery death in a slippery leafy cup. Brocchinia reducta, no common name, and native to South America. It was also blooming. 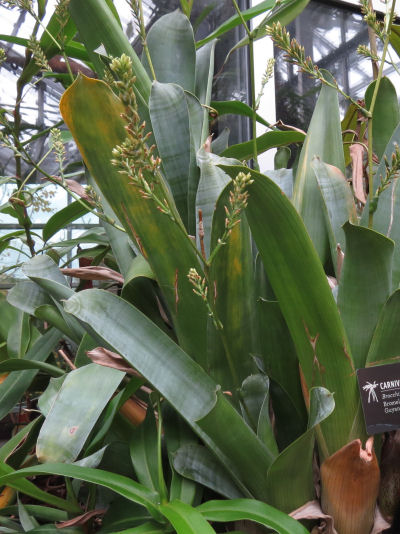 Hope you enjoyed the tour of this dangerous room (if you are an insect!).

In other news: I wrote in the morning, and spent the afternoon getting organized to leave for the two-day show in Cedar Springs. The trailer is hitched up, and I just need to put some things in it that I need for sleeping and food. It's going to be cold, but, oh well.

They sure are interesting plants!

Great stuff! I love carnivorous plants. My grandpa used to keep lots of plants in the house and he always had lots of carnivorous ones. I think I admired my grandparents more than just about anyone I've ever met. I still always think if they did something then that was the way it should be done.

Very interesting. I would hate to be a fly stuck in that room. My boss has a venus fly trap in his office.