Just a few more things I have nice pictures of from Meijer Gardens. Actually, I have more pictures, but I have to tell you the plants were short on labels and I'm only willing to share a small number of things with no names. Since I don't know much about tropical orchids, and don't care very much either, I'll just say this is a yellow one. There was a temporary display in the conservatory but no labels. Also in the conservatory were a number of tropical birds. This was the only one I saw. It's a Bishop Weaver from Africa. 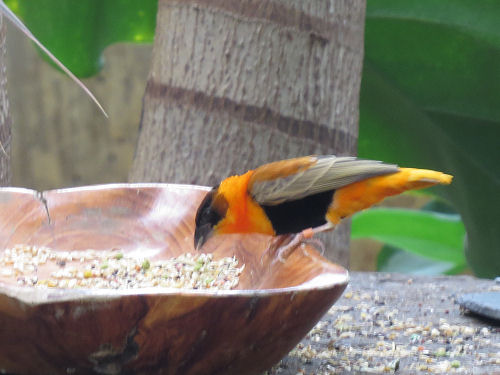 They are supposedly developing a moss garden. Now that interests me. But we couldn't see that there were many kinds of moss. However, there was this patch of liverwort. I don't know what kind, but I think it's different from any I've seen before. 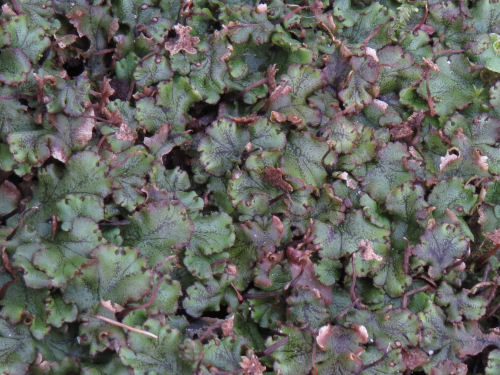 Also outside were several of these trees. They have to be a willow with those buds that will open to catkins, but I don't know what kind has bright red buds. The annual planters were nicely done and still looking good in November. Chrysanthemums and ornamental kale. 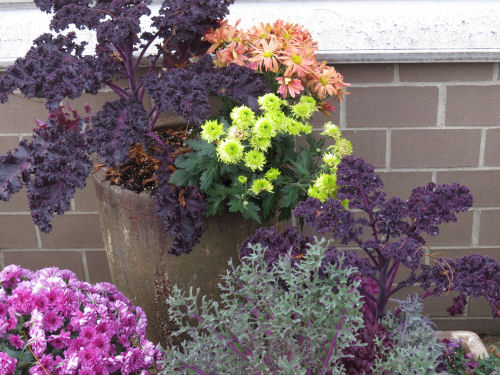 And, this cactus, Argentine Giant, Echinopsis candicans, looks like sort of a prickly octopus. I like it! From looking at other pictures, I'd guess this is a pretty large specimen. 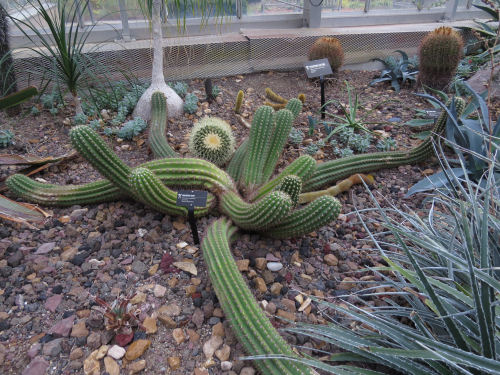 Supposed to rain and snow tomorrow. We'll see what I can find to feature.

In other news: I was tired from the weekend. Managed to work a little bit on sorting pictures, and started to clean up the house a bit before Thanksgiving. Steve is coming home again this year!

That must be a fascinating place to visit. So many things to see. That bird is really pretty. That last picure made me think of snakes.