Here's a picture from our Kentucky trip that I never shared because I took it with the good camera, and couldn't transfer those to the internet without the computer.

First of all, it's a picture I'm pretty happy with because of the colors, not to mention the butterfly is in focus. It was taken at the University of Kentucky Botanical Garden. 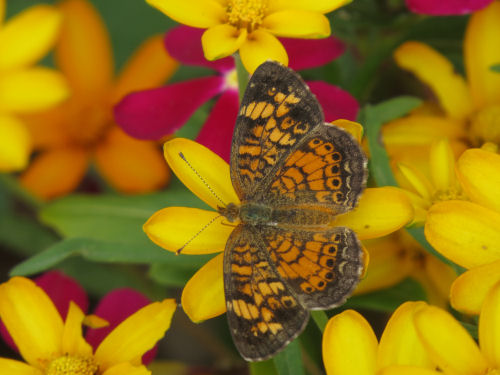 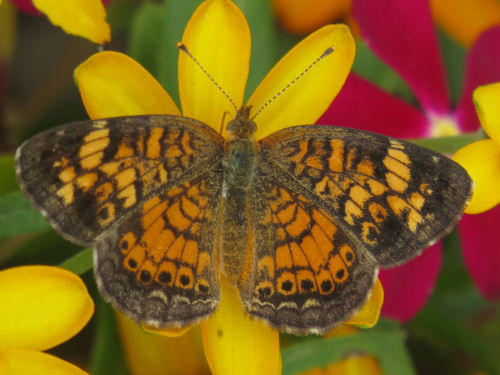 In other news: I woke up really early and was uncharacteristically alert, so now I'm tired early. I've spent so much time editing and formatting on the two books today that my brain hurts. But I'm making progress on all fronts. Found an essay for Accidentally Yours that I thought I had lost. I'm glad, because it's a funny one. Have 68 pages formatted in North Country Quest. Continued the cleaning project too. Boring.

There's not too much of interest going on outside. Melting snow, blah, blah. I may have to scan some pictures and feature some old event for a few days. We'll see.

Love the picture. The butterfly against the flowers looks amazing