As you can imagine on a layout of this magnitude, not all the models were fully detailed. Although most of it was the work of one man, I believe that some sections were done by others, including Scouts. But I have no idea who did what.

These are just a few of the really nice details that I managed to get good pictures of.

This is a coaling station. It might be either a high-end kit that I'm not familiar with, or scratch built. Nevertheless, it looks very realistic. 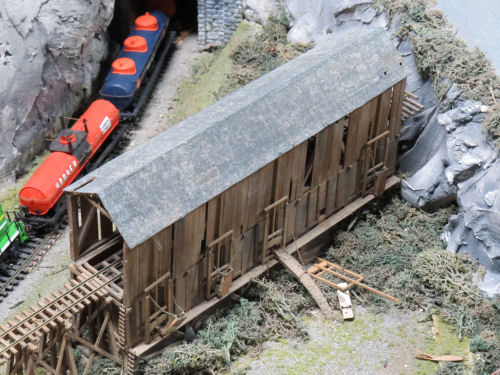 The layout was filled with humor, often with accompanying "explanations" so observers would get the joke. I thought this farm tucked in an impossibly deep cleft of rock was funny. 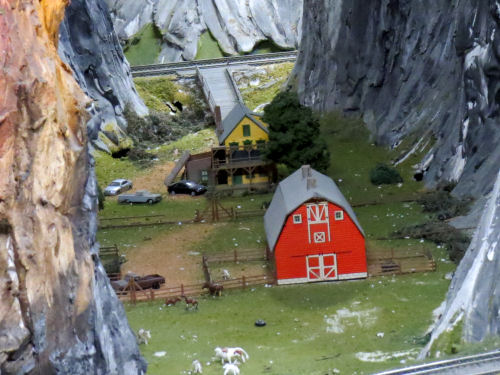 The "ivy" growing up the walls of this building is exceptionally fine detailing. I want to do some of this when I get to do my layout. 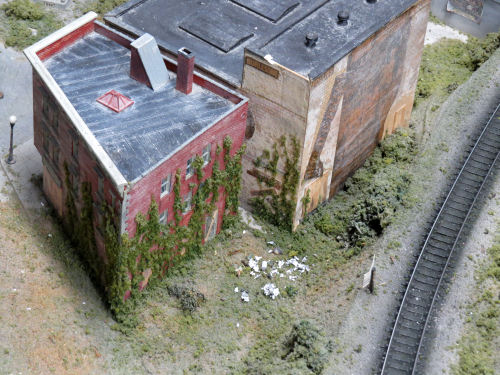 This house undergoing demolition is an example of the kind of work that can take hours and hours, but results in a totally believable scene. 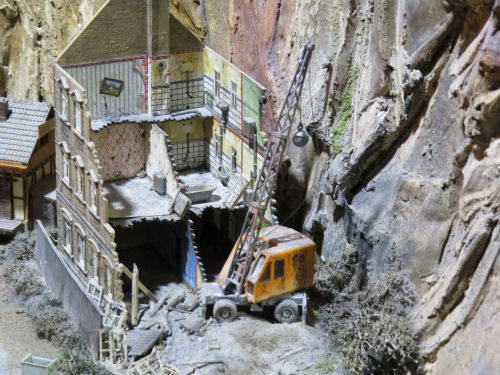 The bins at this gravel sorting facility are nicely done. Just paying attention to the fact that each bin would have a different grade of gravel is a small thing that makes a big difference. 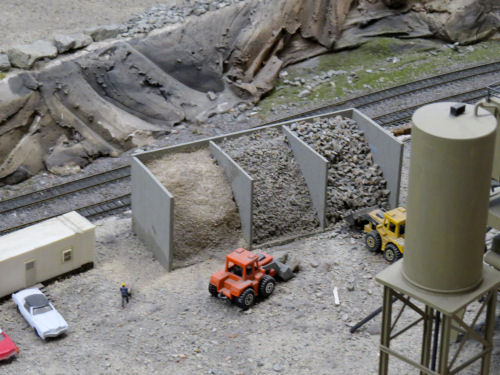 There were also some historical scenes tucked into corners. This is a Civil War battle. My train buddy, Kevin, wanted to model this era. He is deceased, and I miss him. 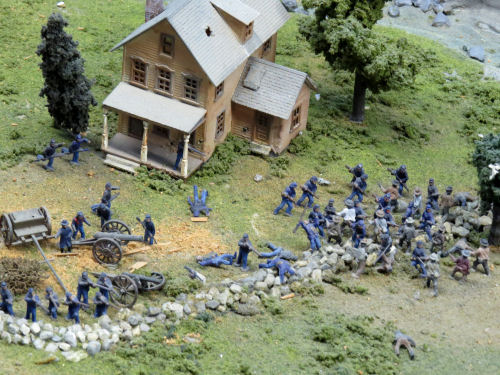 It was a lot of fun to see what they had done with many of the kits I am familiar with. Most of the large buildings were scratch built. One is not necessarily better than the other. In my opinion, everything depends on how well you do the final detailing.

Tomorrow- some of the broader views that show more of the overall structure of the layout.

In other news: I worked on the book all morning and part of the afternoon until my brain was fried. I have a really busy weekend coming up.

This really is quite impressive.

I would love to work on a train layout...although I don't really want one in the house--it would take too much space and the dust would drive me crazy.

This is very cool though! I love the ivy too.