This was one of my fastest multi-state trips ever. Wow. On Tuesday, I flew to Alabama where SIL Loretta picked me up. We spent Tuesday doing errands, and then there was a casual party with people from her Sunday School class. I forgot to take pictures at that. I was feeling rather people-blitzed.

Wednesday morning, we went to Loretta's house (that's for sale and basically empty now), and packed as much as we could in her car. That was my job. She got a picture, but as you can see, I was moving so fast I'm just a blur! 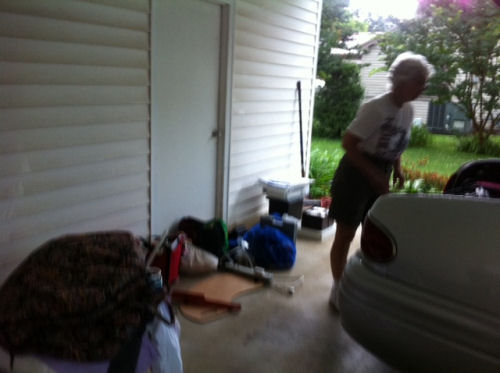 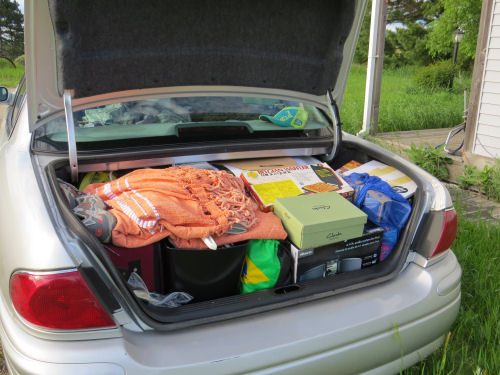 I did get my head together enough to take pictures of Loretta's friends that came to help with the final cleanup. Here she is with Paul. Sorry that you don't know a lot of these people. I didn't know a lot of them either, but the Southern hospitality is real. 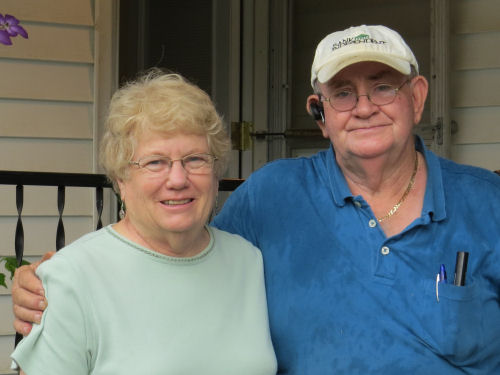 And now with Randy and Annette. 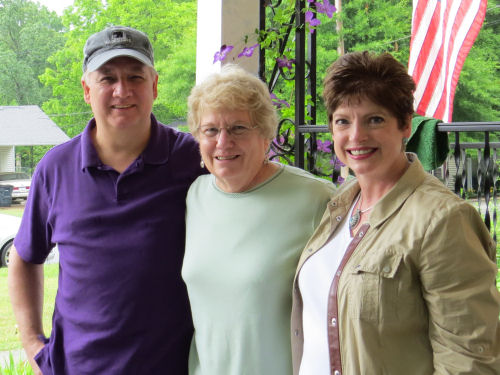 We got more things in the car than she expected. Packed the back seat too, of course. There's just one more load of boxes, and one of her friends will bring them up here later in the summer.

We drove about halfway on Wednesday, and spent the night in Indianapolis with friends of mine. The lady on the left is another Ellen (not my adventure buddy), one we've known for about 48 years! The lady on the right is her sister Trish. We've known her equally as long, but we think the last time we saw each other was at Omer's and my wedding! It's her daughter that owns the hedgehog (see yesterday's post). 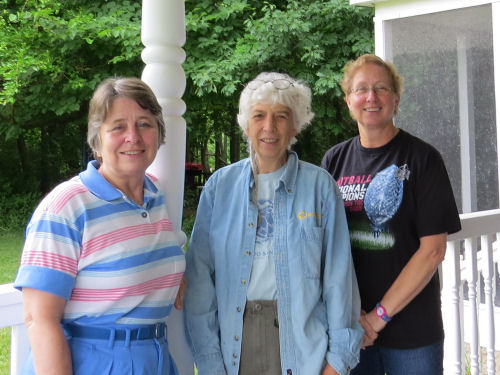 Today, we drove back to our place from Indy. We met Ester halfway, near where she lives, for lunch. You've met Ester before. 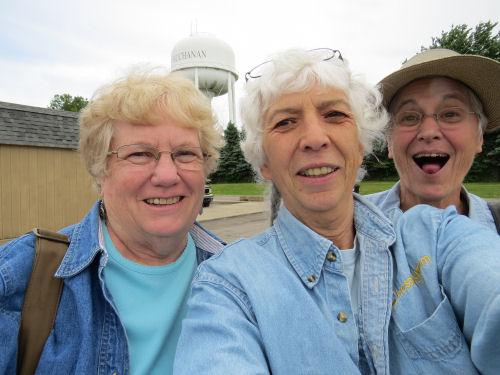 We arrived home at 7 pm, and unloaded the car in 20 minutes! A little snack, and a heavy evening of relaxing were in order.

Can I say WOW again? I'm peopled out. Have to work tomorrow and tomorrow night. Then maybe I get to crash.

Busy, busy, busy. You are a woman on the go.

That was a lot accomplished in a short time. I would be needing a big break after all of that

Chuck and Ann- I am SO overdue for a break, but not until tomorrow at least. I have to work tonight.

Seems to me like the whole trip was a blur! Speedy, speedy; and you went very close by Rancho Vanilla.

My word, you are definitely speedy gonzalez! You pack a lot into a short time, that's for sure, Joan.