How about starting with some explanation. The Long Trail runs the north-south length of the state of Vermont (Massachusetts to Quebec), for 273 miles, along the ridge of the Green Mountains. It's concurrent with the Appalachian Trail for the southern third. In this overview map, you can easily see the string of mountains. For reference, our hike is marked with yellow for road walks and red for trail, with the red strip on the eastern end the Long Trail Portion. 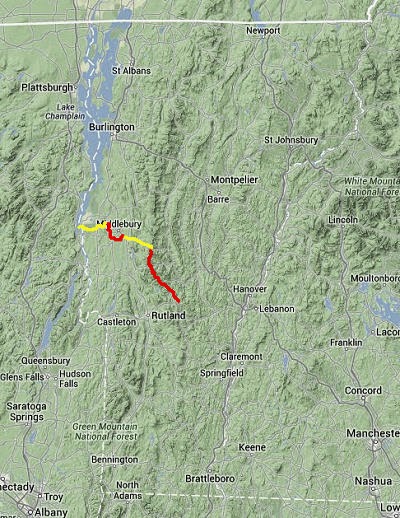 As I've not let you forget, we had to get creative to finish this hike together. So, Monday morning, we took down the tent and began re-organizing to see if my pared-down pack plan would work. The yellow tarp is just to keep things organized and clean (we weren't going to carry it), and the plastic box wasn't going along, but the contents were- the food. After my night-time machinations about what to leave out, we took out even more, including some of the food (we'd been eating less than usual too), and my fanny pack, just keeping a few essential items usually carried in it like the compass and insect repellent. 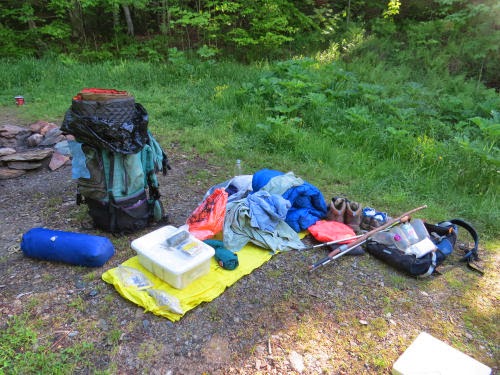 Did it work? We got everything in Shamu, and Marie's daypack, and weighed them. I had 28 pounds and Marie had 15. This was definitely do-able. We even took one non-essential- our card game. 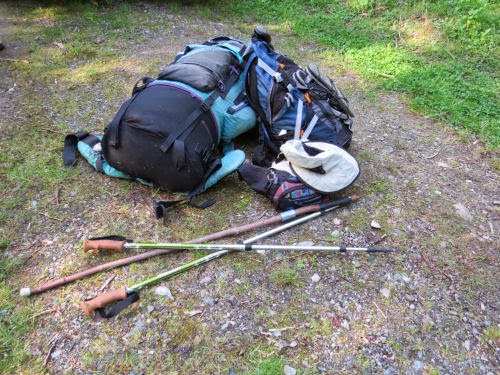 Then we had to drive to the starting location, but even so we started hiking southbound at 9:45. Not great, but not bad with all the prep time. We hoped to make it seven miles, just past the David Logan shelter and then find a place to camp, but if that was too far, we'd take whatever adventure came to us.

The first and biggest climb of the day was about 950 feet to Bloodroot Gap. But we were thrilled to discover that the grades were much easier today. The first 2.5 miles were a very gentle climb. 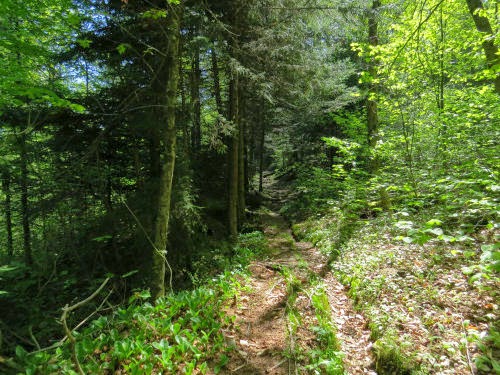 Nevertheless, recall that I haven't backpacked in four years, and was sick before this trip, and still wasn't 100%. For most of the day we stopped every half hour for a short break. This is all humiliating to admit, but I'd rather walk 30-minute stretches than not walk. In an hour and a quarter, we'd covered 2.3 miles, and reached this marker. It's nice to have markers, so you can track your progress, even if you are going slowly (that's way slower than our usual pace). 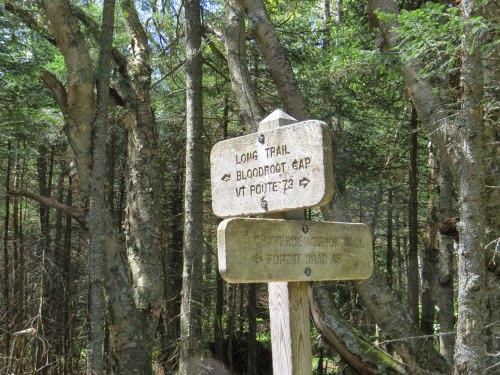 Even with Shamu on my back, and lower stamina, the weather was awesome, and nothing could keep me from enjoying this. We saw quite a few toads, but this was the first, and it was perhaps the largest toad I've ever seen, outside of a zoo. It was the size of my fist! 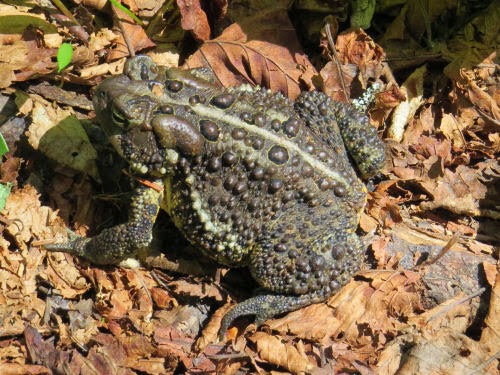 There was no sign actually marking Bloodroot Gap, but this may have been the view from it. It's really a high col between Farr Peak and Bloodroot Mountain. 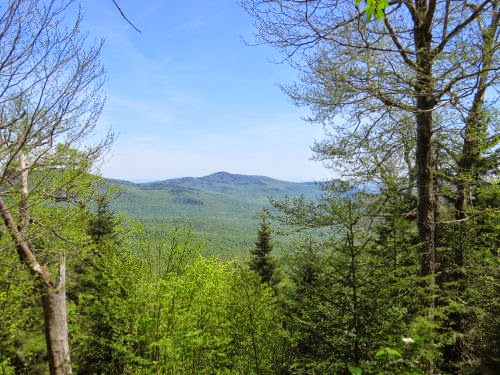 The afternoon was a series of ups and downs, none of them awful, but they were somewhat frustrating because the reality didn't match the elevation profile on the map very well, which suggested that section of trail was going to be mostly a descent. There were innumerable lovely rock gardens, this one filled with miterwort. 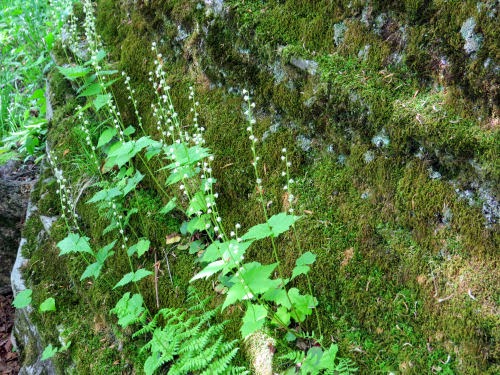 We finally passed the shelter turnoff, and began looking for a place to put our tent. Dispersed camping is allowed, and the black fly and mosquito populations guaranteed that we wanted to be zipped in the tent. Camp chores include hanging the food out of the reach of critters. The flies didn't get the food, but they were working hard on me while I got it hung. 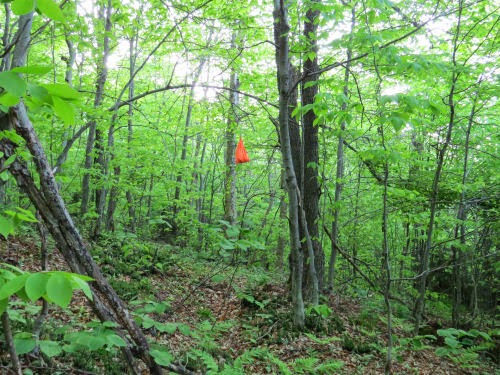 Taking it slow was a good idea for yet another reason. This was like a second ending of the North Country Trail... after my "big deal" final hike in 2010. Of course, I never want the hikes to end, and this allowed us to prolong the adventure a little longer. We enjoyed the mild evening and played our game protected from the biting vermin. 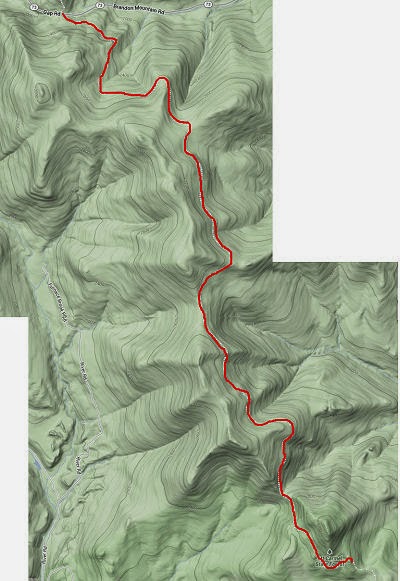 That is one huge toad. You had a nice campsite there at the end of your dya

You really are brave and determined, Joan. Good on ya.

Now that is a toad. Good day's journey, too.