Last road walk of this outing! We had miles to do on route 125, from where the Trail Around Middlebury crosses that route to what's known as Middlebury Gap where the Long Trail crosses that same route. We had a great incentive to finish this walk in record time. There were signs all over Middlebury advertising a Rhubarb Festival. Well, we both love rhubarb! It was 10-2 at the Universalist Unitarian Church. So, we wanted to be back in town by 1 pm. We started hiking at 8:08.

The road quickly rises as soon as it turns east, and provides great views. 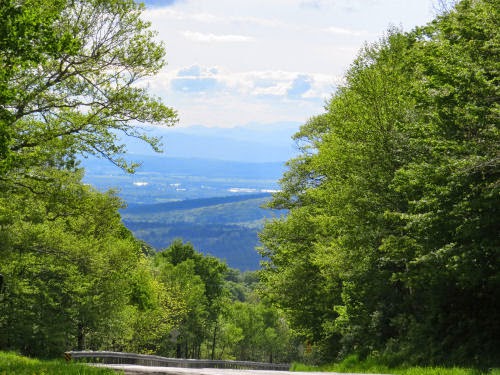 When one is not zooming by at 50 mph or more, one can find beautiful things to see along the road. Here's a wild azalea in bloom. 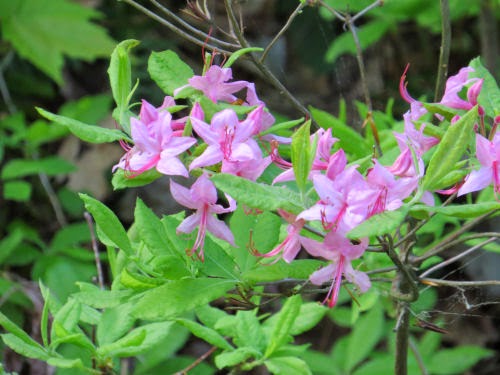 One of our concerns was whether we would actually be able to walk this route. Yes, on the road. There was a bridge over the Middlebury River under construction and cars had to follow a long detour. So, the day before, we had driven past the barriers to the actual bridge to ask if we could walk through. No one was there, but clearly the bridge was in place and walkable. Imagine our surprise when we arrived on foot the next day and discovered it was also open to traffic! But the cars mostly hadn't discovered that yet, so traffic was low on the whole section that was previously closed. We like that. 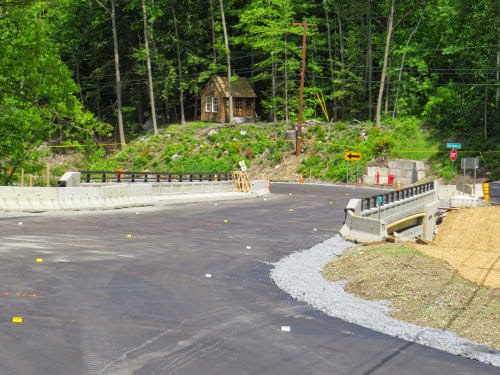 East of East Middlebury there were serious cuts through the rocks, and each face was moist and covered with exquisite moss and fern gardens. I'll take one of those for my back yard, please. The picture doesn't even begin to do them justice. 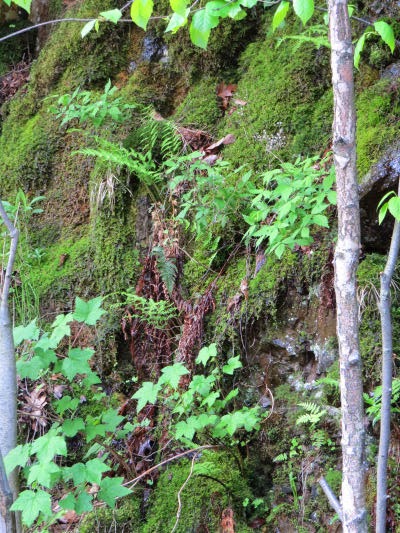 The road follows right along beside the river. Steep plunges were followed by flatter spaces. We liked these red rock strata. They were unlike most of the other rocks we saw. 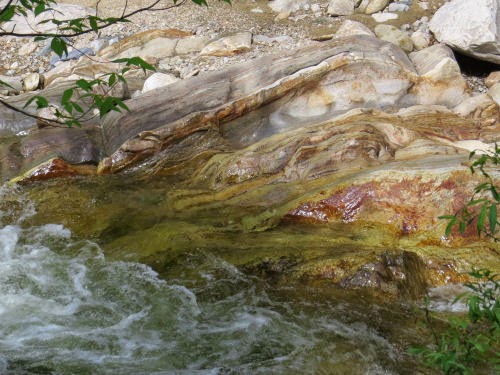 Almost at the top here. This is the Bread Loaf School of English- a graduate college of Middlebury College. It was founded in 1915, and is known for Robert Frost's association with it. The core of buildings are older than the school, built by Joseph Battell, beginning in 1861, as a summer resort. Battell was a local publisher and author who bought up vast tracts of land which eventually ended up mostly as the Green Mountain National Forest. The classic buildings were awesome. It would be very cool to return there for some sort of writing course, sometime. 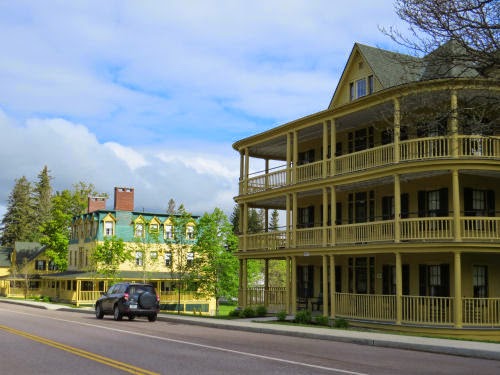 Here's a baneberry in bloom. Is it red? Actaea rubra, or white? Actaea alba. I didn't know there was a way to tell them apart before the berries appear, but there is! Red baneberry has slimmer, greener stalks, and small hairs. I think this is red. Now that I know this, I'll have to practice with the info. 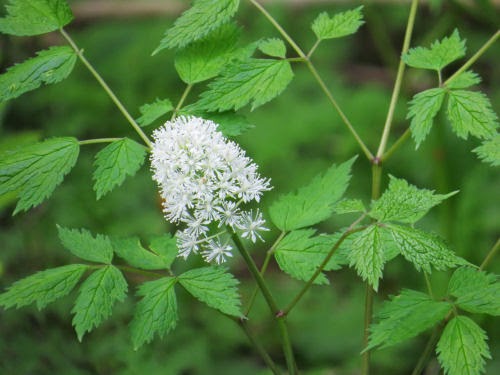 Occasional breaks in the rocks, near the top of the gap, provide more glimpses of the Green Mountains- looking blue and misty in the morning. 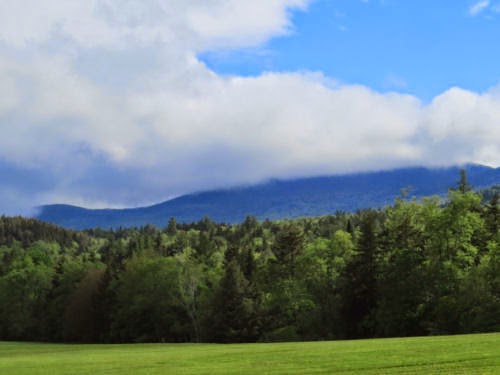 Did we make it to the Rhubarb Festival? We finished hiking at 12:46. And now I'll tell you our dirty little secret. Did we hike this in the west-east direction of travel we'd been doing? Heck no, we had cars and we aren't completely stupid. We walked downhill, east to west.

But there's more to the rhubarb adventure. No one in town that we asked seemed to know anything about it, or even where that church was. Finally, a lady in a bookstore looked it up on line. "Oh yes," she said. "I think they have a new building." She directed us on foot, but it was now well after 1 pm, and we'd already walked 12.2 miles. We hopped in a car and drove there, squeaking into the event just before they stopped serving lunch.

We hadn't really known what to expect (but were hoping for pie). What we found was a large rummage sale, a plant sale, games for kids, and lunch for $5, or maybe six. Very reasonable. We paid our fee and got in line. Did I take one single picture? Nope. We were hungry and forgot. But there was turkey or tofu with rhubarb chutney; the salad had roasted rhubarb as a garnish, and the dessert was rhubarb bread pudding. It was all very yummy.

We each bought a few used books. Neither one of us can resist cheap books. I think I got 5 books for $2.75, and two of them were ones I'd been specifically looking for- an almost unheard of success story. After that we went back to our tent and visited and read. We like to read out loud to each other, and I usually bring something about the local history, or some adventure. That didn't happen for this trip, but we simply enjoyed a couple of mysteries, and chilled. 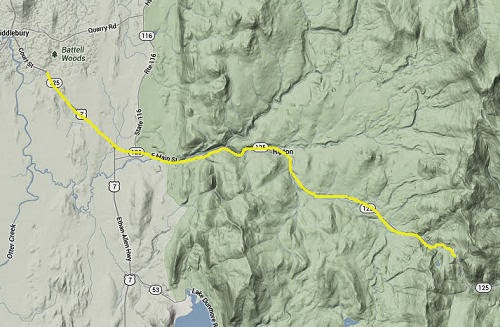 That is a lot of walking for the day but a very pleasurable route. Love those old buildings.
How funny that no one knew about the rhubarb festival. The lunch sounds good

That was quite an adventure! And you got your rhubarb fix. Doesn't get much better than that.