One of the biggest surprises to me on this hike was how early this portion of Ohio was settled. I hadn't anticipated seeing MANY houses built before the Civil War. In fact, we saw dozens, probably over 100 houses built just after the War of 1812. Almost all were well cared for.

The Rider's Inn, in Painesville, Ohio was built in 1812. That's up near Lake Erie and settlement extended southward from the lake as ships were built there. They serve Sunday brunch, and we considered going back up there on our day off, but we were tired, it's an hour drive, and it was pouring rain. That treat will have to be held for another time. 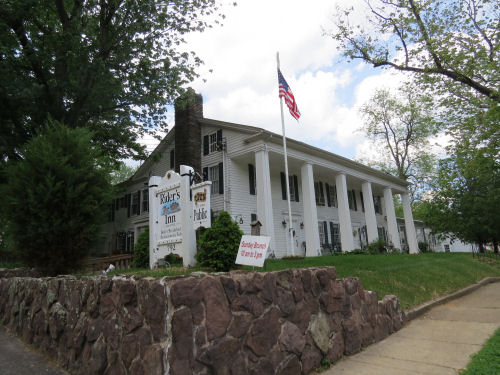 But most of the settlement came after the Revolutionary War as land was granted to veterans. This strip was known as the Connecticut Western Reserve and it was granted to that state by King Charles II. The land was ceded to the US Government to retire war debt.

Many Revolutionary veterans are buried in the area. 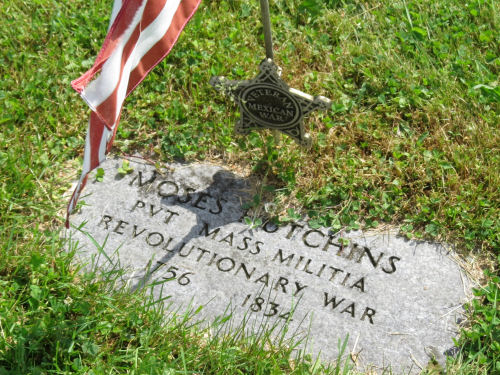 I also had no idea that there is a serious pocket of Mormon history in the area as well. This farmhouse is typical of the architecture (Federal style), and was built in 1818. It's known as the Johnson House, located near Hiram, Ohio. Joseph Smith lived here 1831-1832, as a guest of the Johnsons, and received some of his revelations while staying there. We took the house tour. It's nicely furnished with period pieces, although few are original to the house. 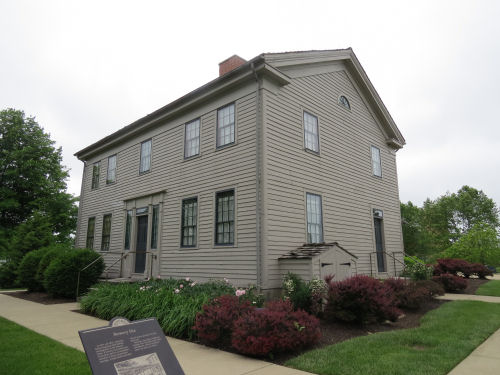 In nearby Kirtland, Ohio was the first Mormon temple. We didn't manage to make it to that town, but there is a multi-location tour offered there. We did hike right through an area where stones were quarried for the temple. Good interpretive signs so you knew what you were seeing. Here are some stones that were left in place, with drill holes showing. The rock is Berea Sandstone, which was used for many, many buildings in the area. This lump looks gray, but most of it is a lovely light reddish tan. 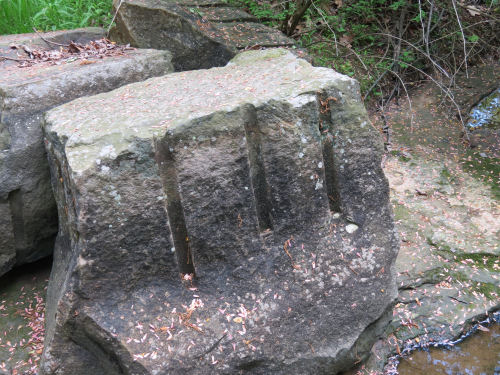 I'd definitely be interested in going back to do some more exploring of the history of the region.

Very interesting. I love seeing places like this that have been around forever.

knowledge of a place's history adds interest to the area.

Are there many Mormons there now? Word to the wise (we learned the hard way)...If they ask you if you are familiar with the Book of Mormon...say "YES!"