So Ester and I went out to breakfast before I got on the road. Somehow it came up that I was on a road trip, and the waitress, Sarah, asked where I was going. When I said "Daniel Boone National Forest," she got all excited because she couldn't remember how many greats, but he is one of her ancestors. So we began with almost Daniel Boone. 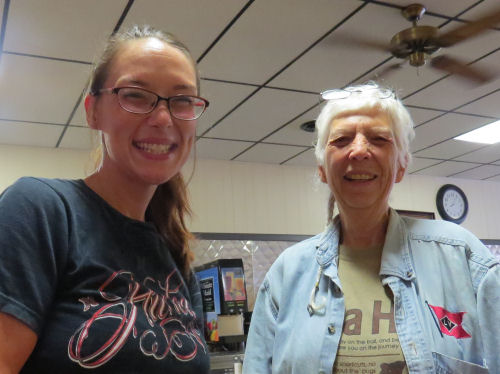 Then I had to say goodbye to Ester, which is sad, but we'll see each other again, so I'm movin' on. She can't be serious when it comes to pictures. 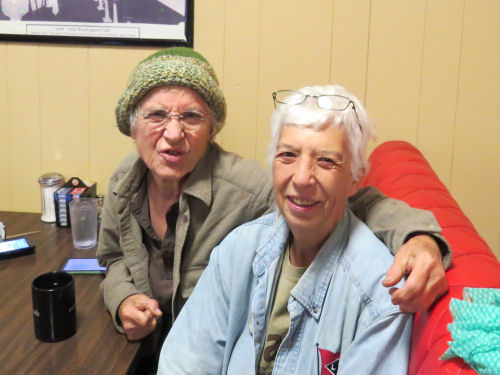 Finally in Kentucky, and the hills of the Daniel Boone National Forest are ahead! 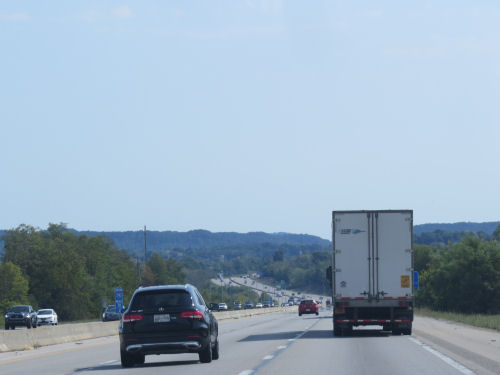 Marie beat me there, so she scoped out the places to eat. We had nice salads. She's tired. She'll look more perky tomorrow, but I wanted to prove I actually connected! 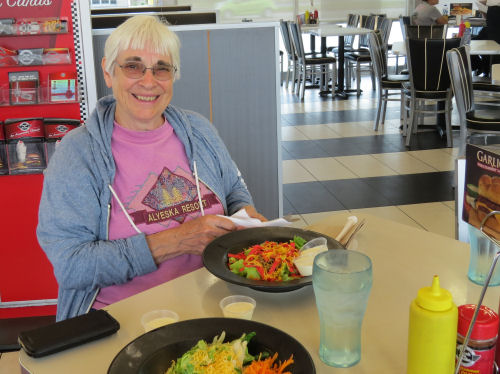 General Burnside State Park. Just outside the National Forest... so we almost made it to Daniel Boone on this end as well. We are paying for a site with electric for a couple of days so we can get organized. After that, we're going primitive. Here, I can charge things up and get internet. We took a little walk around the campsite at dusk. Very civilized. That's ok, we are here safely, Marie likes the trailer, we are together, and all is well! 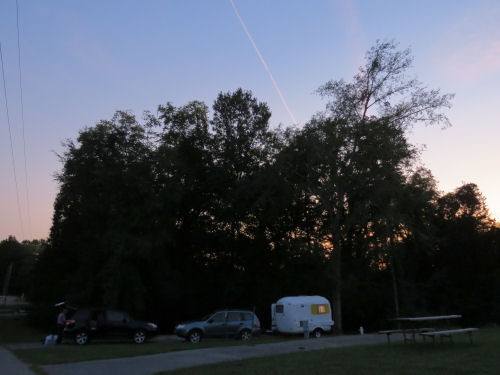 Off to a great start

Ooooh, that is my kind of country! Did you get a chance to stop at Cumberland Falls? We go there every summer. LOVE Kentucky!!