We can't let down our reputation for having great parties at work, right? 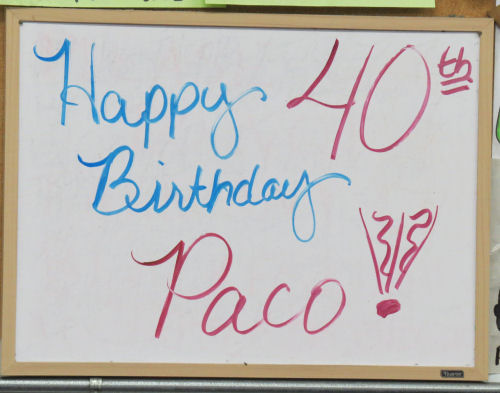 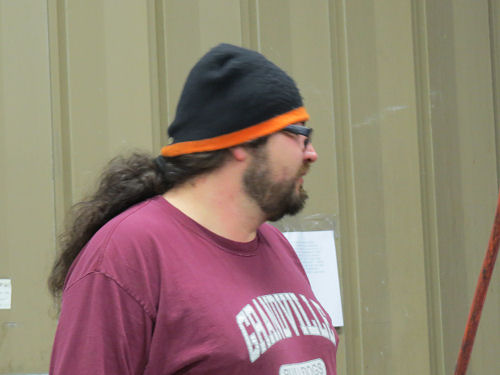 He brought the chili, a much less spicy version than what he'd like so we could eat it, and the rest of us brought the accompaniments. 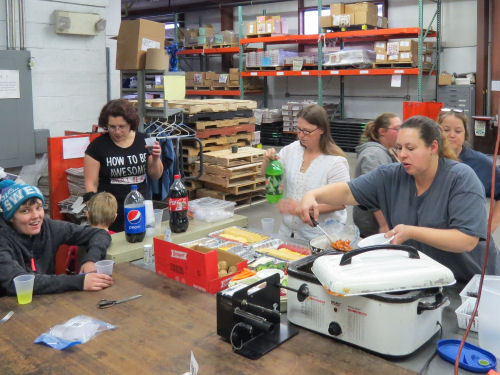 Pull up a pallet and make yourself comfortable. 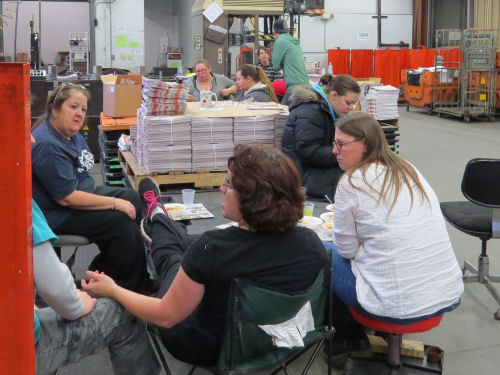 Two little helpers. Not at all planned that they would be dressed alike. It just happened that each parent needed to bring them along so they could attend. We threatened to teach them how to hand stuff the papers, but they had no idea that would be work. I suspect that what we do looks a lot like what they were doing... shuffling flyers and throwing them around! 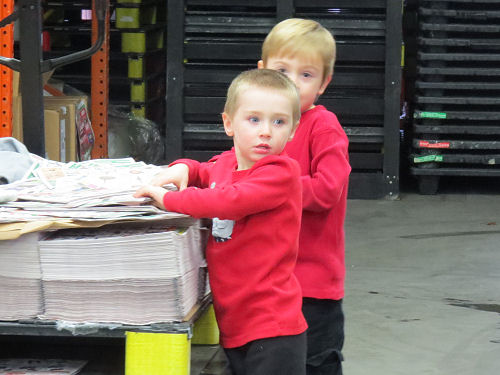 I'm off to the same location in a couple of hours, but to work, not eat. At least I get to sleep tomorrow.

Posted by Sharkbytes at 6:38 PM

I remember a time when camaraderie and good will prevailed in the workplace. Good to see that there a little enclaves where it still exists. Forty-ish. How did you let him get away with such mushy accounting?

there are little enclaves

hello sharkbytes its dennis the vizsla dog hay happy belayted birthday paco!!! ha ha fortyish hay my dada is fortyish too wich meens he is kloser to fifty then to forty!!! thank yoo for stopping by for us this week we all appreesheyayted it and i am shoor my sister trixie is having fun with tucker and maggie over the rainbo bridj!!! ok bye