Is there a name for the season after autumn but before it's really winter? If so, yesterday fits the category. I worked all day and didn't have time to blog before leaving for the night job, so you'll get yesterday's pictures today. That's fine. Today, it rained all day and I vegged out and did reports.

There's something about Lake Michigan that says "winter" already. Maybe it's the snow fence (to slow blowing sand more than snow), the layered gray skies and gray water. 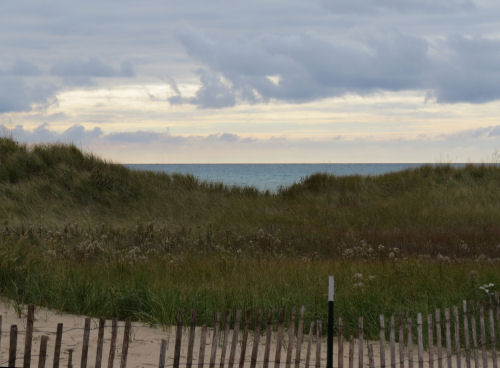 The air wasn't too cold. I was out in just a sweater, so the critters were active. The chipmunks were busily stashing acorns underneath someone's cabin. Look at this one's tail. It's very gray for a chipmunk. 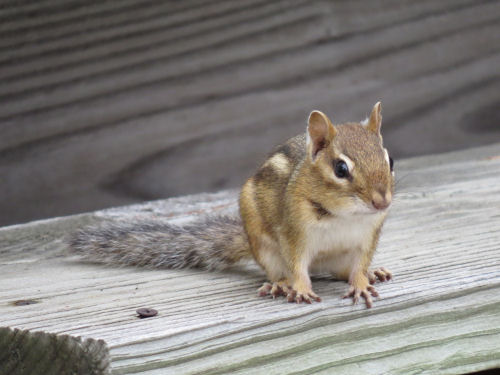 The Badger carferry is docked for the winter, with the Spartan, her sister, behind. 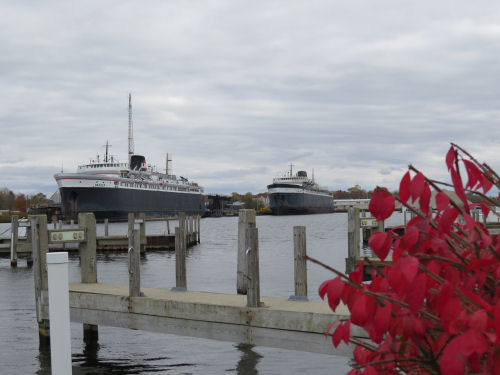 I saw countless squirrels, but only one held still for a picture. Lots of them were black, but this one is a gray squirrel that is actually gray. 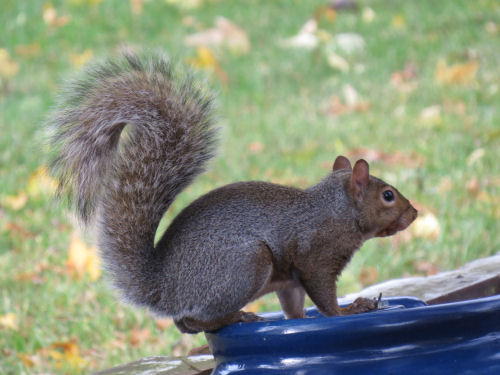 A group of mallards was swimming on Hamlin Lake. They were making a strange motion, but I didn't manage to catch any pictures of it. While swimming, one would suddenly stretch out its neck and raise it's bill upward and forward, as if it were plucking something out of the sky. Do ducks eat flying insects like that? I've never known them to, but I suppose it's possible. Lots of them were doing it, not just one oddball. 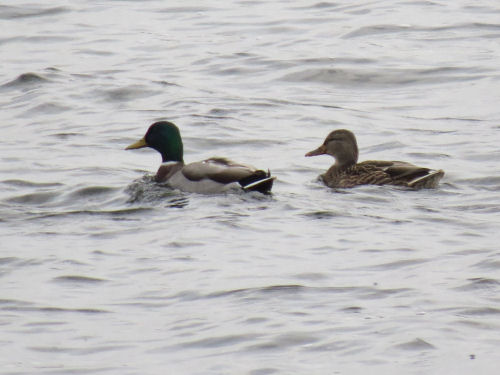 Finally, perhaps my favorite picture of the day. So lonely, so much depth, so post-autumnal. 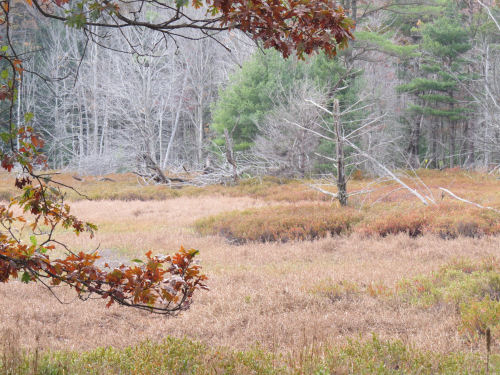 Nice shots. Looks like a very nice day. I've never seen a duck do what you described so I have no idea what they may have been doing. I've also never seen any black squirrels around here, only the gray ones

Great pix, all of them. I particularly like that last pic. It has the mood and sentiment that you described so well.