The idea was that we'd get me on the trail really early because the day was supposed to get very hot. Tell that to a body that needs a bathroom at the last minute in downtown Akron. We had to drive to somewhere we knew we could find one. I didn't actually start hiking until after 9 am.

I posted one really pretty picture of the canal towpath in Akron on Facebook, but here's another. There were several sections closed for renovation which threw me off the trail onto sidewalks a few blocks away. But if the changes result in beautiful spaces like the ones that were completed, it's worth it. 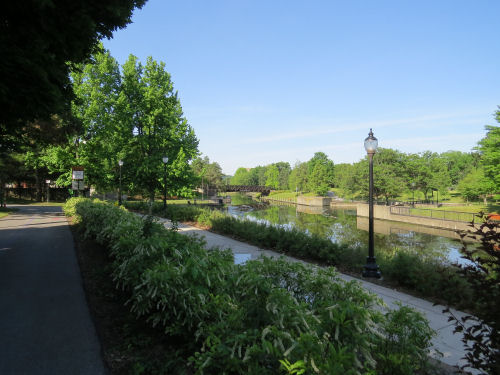 It was actually fairly amazing how quickly I walked out of the city. I suppose I was still surrounded by residential areas, but the trail was mostly through connected parks along Summit Lake (at the high point as you may surmise) and then Portage Lakes (which were manmade to feed the canal system. 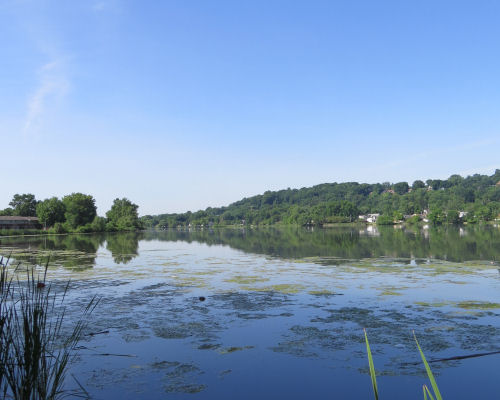 Look who was hiding under some greenery at the edge of a lake! Can you say "jug-o-rum?" 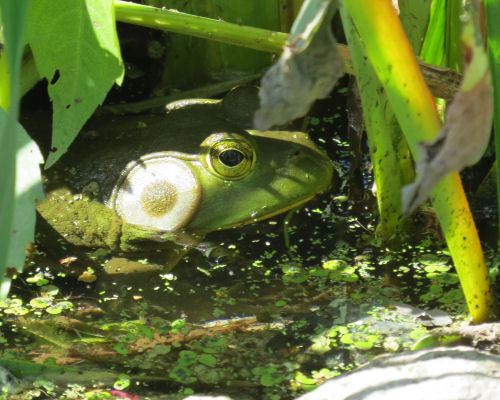 And of course, once you cross that summit and start the journey downhill toward the Ohio, the river of definition is the Tuscarawas. 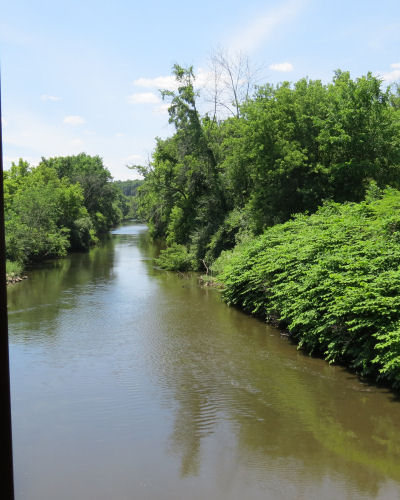 Well, I did not succeed in beating the heat. Check the number in the lower left. But I just kept walking although I do slow down when it gets hot. Took short rest stops- more than usual, and Marie met me halfway through the afternoon with cold water, but I made pretty good time even so. 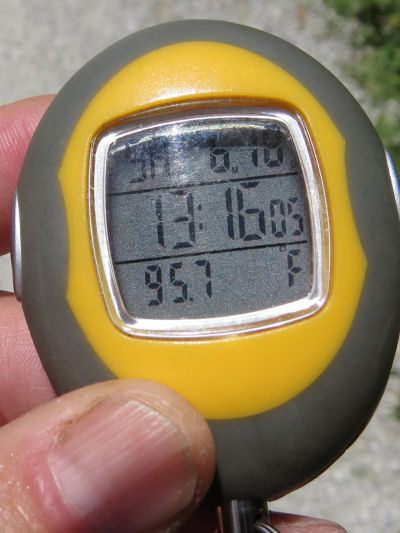 Miles for the day 12.0. After we were done we went hunting for a statue of Chief Hopocan in Barberton, a town the trail went through.

Hopocan was a Delaware chief of the Wolf Clan. He lived from about 1725-1818. During the French and Indian War he tried to remain neutral. But as a result of the fact that most settlers and soldiers failed to discriminate between peaceful and non-peaceful Native Americans he ended up siding with the British against the Americans during the Revolution. Several raids and massacres against the Delaware simply lumped all Indians together. His name means tobacco pipe and he was commonly called Captain Pipe by the whites. He was a signer of a number of treaties. 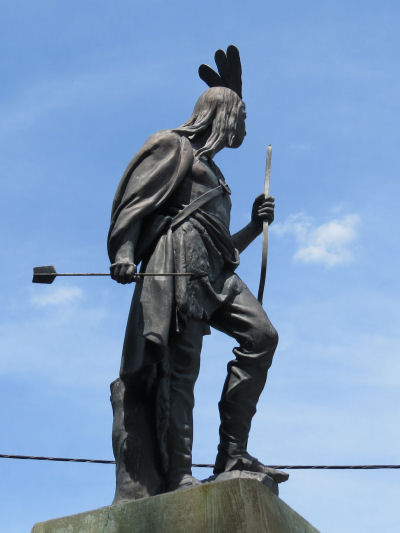 Posted by Sharkbytes at 9:09 PM

95, I can see why you wanted to get an early start.