It seems as though I can't get all the ducks lined up to do blog posts on the road very well. Now I know how to use the phone as a hot spot. Check. However, one also needs a place to plug in the computer, and time to actually do the post.

I was sleeping in the back of Lyle's truck (on a bed he had made- very comfy), but we forgot to take an extra electric cord so that I could also plug in. And every minute was packed with activities and friends and trail stuff. Since those are the things I go to the conference for, the blog gets the short end of the stick.

But I'll get you caught up. Thursday I went on a short hike on an urban trail right in Fargo. 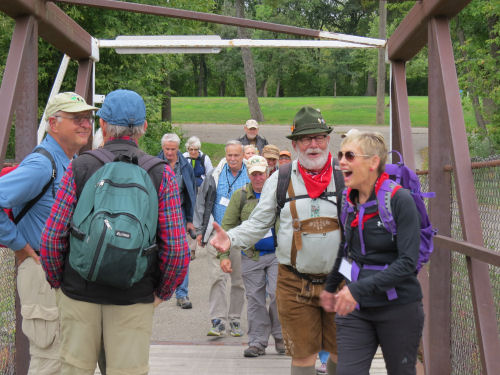 We mostly followed right beside the Red River of the north. 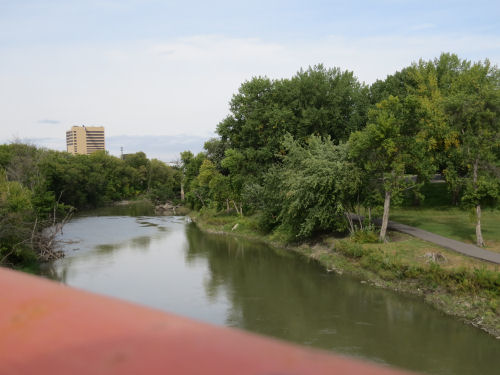 We crossed a bridge and were then in Minnesota. The locals there have a joke similar to the one in Michigan about where you can look south into Canada. The Red River winds and twists so much there is a peninsula where you can stand in Minnesota and look east into North Dakota!

The Hjemkomst Center is in Minnesota and we got to peek at the Viking Ship. A real tour of that was a different activity. (I'd been there before so chose a hike since one can't do everything.) This ship was completed in 1980 and is a replica of one discovered in Norway in 1880. This ship was sailed to Norway and then returned to it's home where it is the centerpiece of the museum 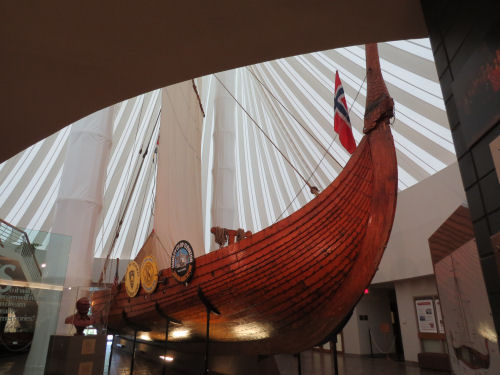 Once we were outside again, and interpreter joined us to explain some of the rather humorous history of alcohol on the area. North Dakota passed laws to go dry before prohibition, so of course all the bars simply moved across the river into Minnesota. Here we are being shown some fragments of liquor jugs and glasses. 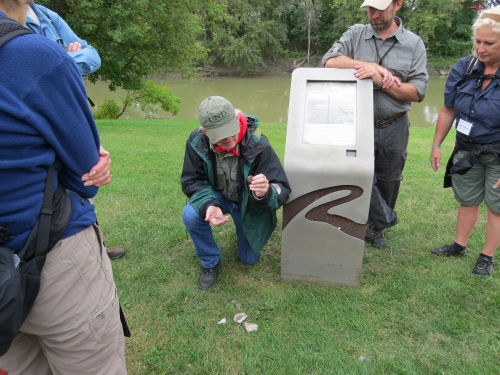 For the afternoon activity I chose a tour of the historic Fargo theater. Its story is similar to that of the Vogue in Manistee. It's been restored and is now operated as a non-profit association. 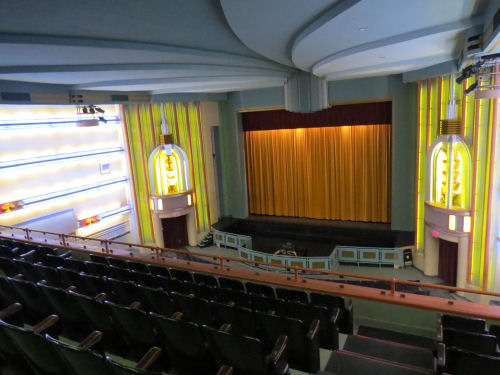 We had a demonstration and concert on the Wurlitzer theater pipe organ. It is the largest one between Minneapolis and California. That was really interesting. The organist let us hear a lot of the sounds and special effects separately, and then also played several songs. 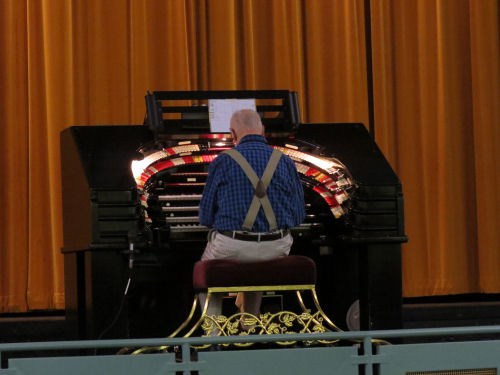 That evening after dinner the program was a charcoal artist who told the history of the Red River Valley and western Minnesota with words and drawings. It was truly excellent. Everyone was pretty much spellbound. 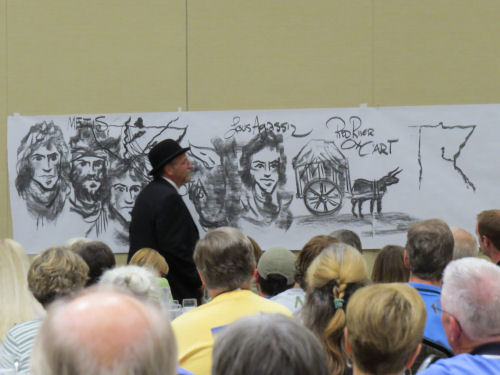 Camping at the conferences is much cheaper, but it's harder with logistics than staying with the bulk of the people. Next year we'll be back in lodgings that are more affordable for me.

With all that going on, no wonder you didn't have time for blogging. Since we get to see all the fun stuff you did, I don't mind waiting :)