In local news: the great blue herons have returned. I saw one flying over this morning on the way to the river. I used to know where their rookery was, but they abandoned that one and I don't know where it is now. They are right on time, usually showing up in February or March.

I dried clothes outside for the second time this month. That is certainly a February record. Actually, even the one time was a record.

We continued north on the paved Mesabi Trail. Iron mining still defines the area. Towns are proud of their heritage. Both of these displays were in Kewatin. This tough little engine is an electric 60-ton steeple cab, designed especially to pull cars from the depths of the mines. 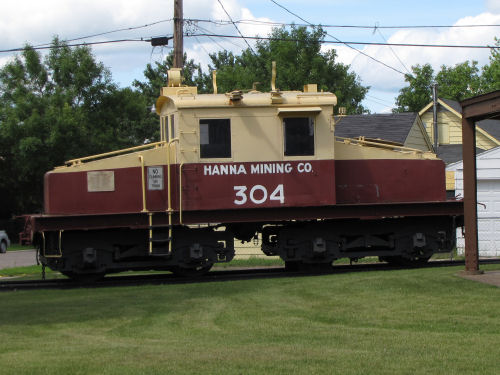 Here are two of the small cars historically used inside the mines. 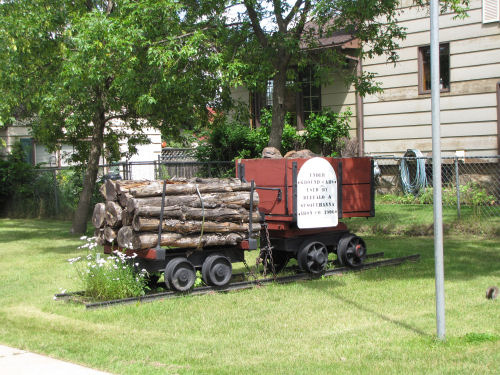 As we continued north, we got a glimpse of what modern mining looks like. This is the largest open-pit iron mine in the world, the Hull-Rust Mahoning Mine. It's 3.5 miles by 1.5 miles, and is 535 feet deep. Say what you will... raw materials for the things we insist on consuming have to come from somewhere. 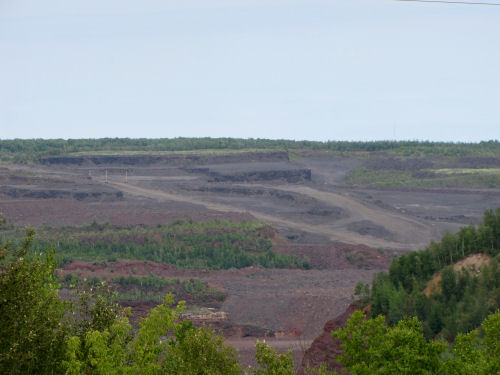 The ore is carried through pipes above ground (perhaps with an internal auger) to locations where it can be collected for transport. 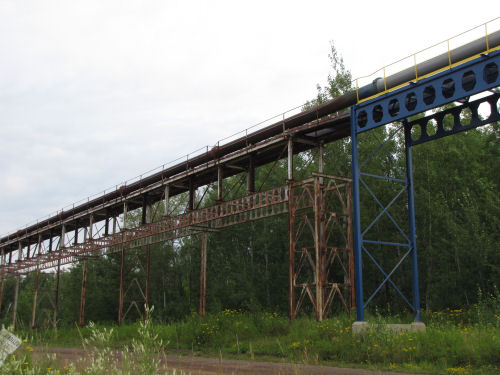 We enjoy these cultural aspects of the trail as well as the natural ones.

However, the next event of the afternoon was not as much fun. I'd planned long days anyway, just to finish all these paved/road miles. But we hit a real unexpected snag. 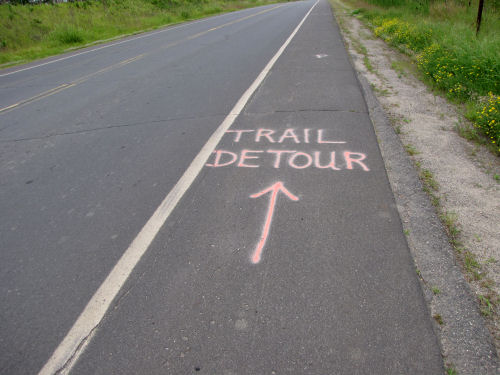 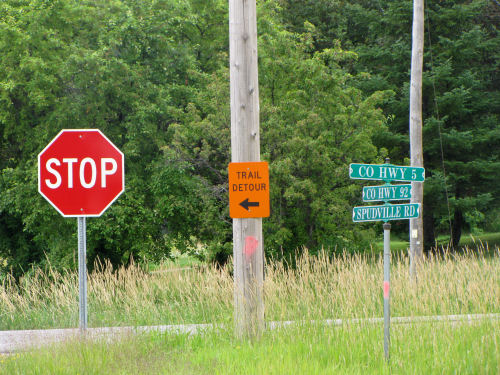 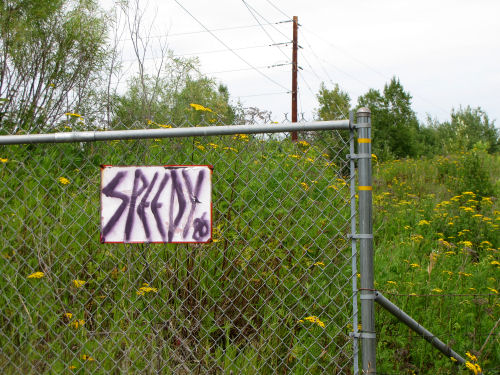 We limped into Chisholm. Pavement walking is hard. Literally. Our planned day off was theoretically a day away. But rain was predicted. We know how to flex. We drove back to Grand Rapids, broke camp and had a Super 8 night. We found out later the trail was completely passable. Repairs had been completed, but the signs had not been removed. Sigh. And the long day probably contributed to problems that began to develop.

Your last night is my kind of camping. I have a joke about cars in the mines, but I will spare you.

Confusing or just plain wrong signage is an aggravation.