Walked to town today to do some errands and came home by way of the railroad tracks. A train came while I was walking. That always makes me happy. 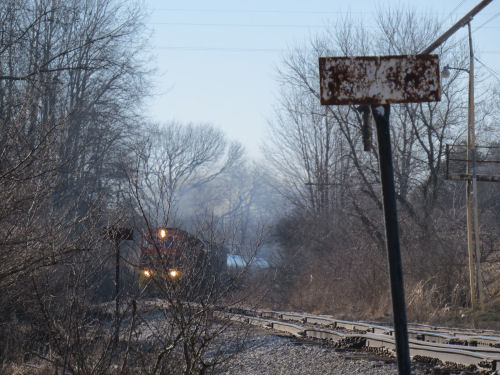 Before the train came by, however, I was looking at the hopper cars parked along a siding. Freight cars can come from anywhere, and these are marked Winchester and Western. Well, I think I'm a railroad buff, but this one was new to me. 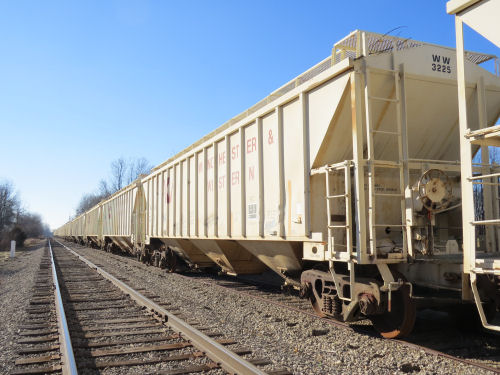 I had to look it up. 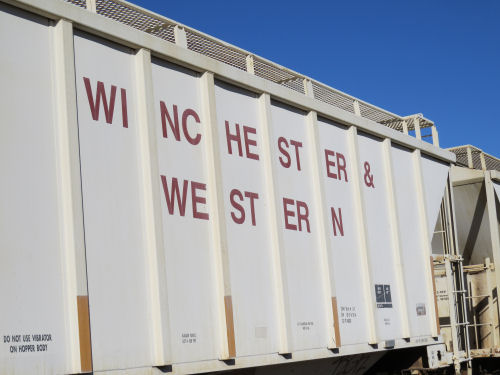 Now I feel pretty dumb. It's a short line that runs in Virginia, West Virginia and New Jersey. But it's been in operation since 1916. You'd think I would have heard of it. Probably I have, but the info didn't stick. My railroad fan friend, Irene, will be appalled. 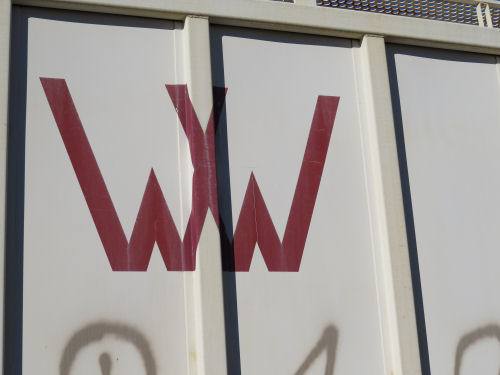 I took a close picture of the Marquette Rail engine as it went by. See the number? This is the same engine I saw the first time I spotted the new paint scheme after it was acquired by the Genesee and Wyoming line. They now own over 120 short lines! 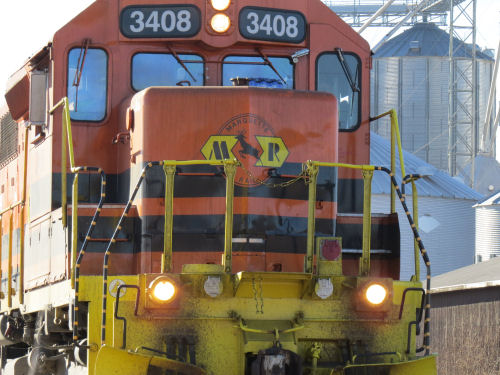 The co-op grain elevator used to be serviced by the railroad. The loading chute still hangs in place, unused and forlorn. 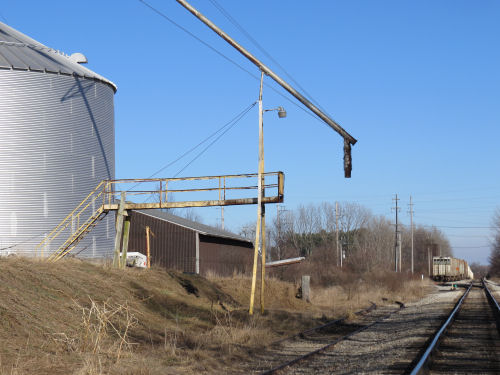 Now, everything comes and goes by truck. I don't know why. The trains run every day. 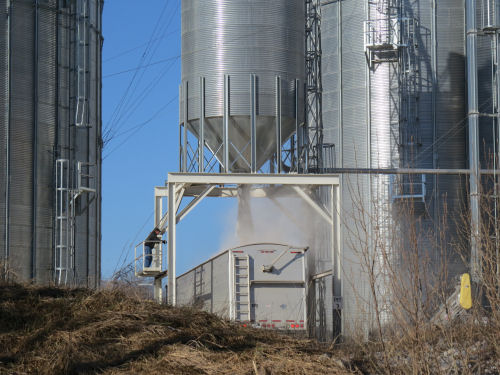