I didn't do either of the things I thought I would work on this afternoon. Instead, I got brave and decided to tackle one of the larger areas that needed Bondo on the trailer. I'm not sure why I've felt hesitant about doing these- Bondo isn't that hard. Neverthless, I felt a little intimidated.

Let me remind you what the side of the trailer looks like- the side I haven't liked to show off because of the ugliness. You'll immediately notice the big brown square. That's the really scary one. It's where the air conditioner was. (I will tackle that next.) However, there is another funny-shaped hole above that. 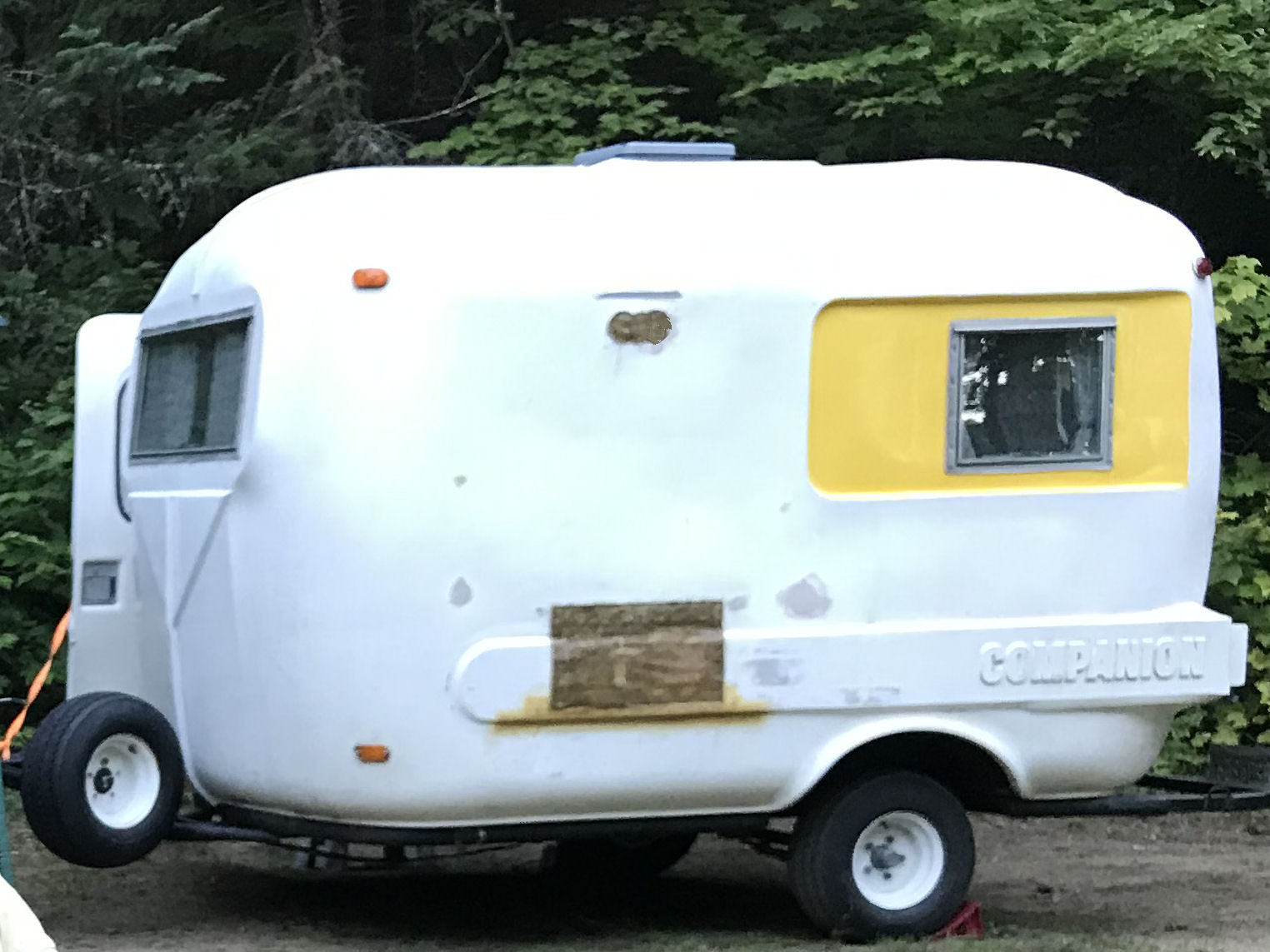 That hole is where there was a fan above the stove at one time- long before I owned the trailer. The odd line abeove that was a little rain deflector to protect it. I cut that off. There was a grating screwed over it. You can see the holes. I fiberglassed the hole early on. But it needed to be filled with Bondo so it would be ready to paint. 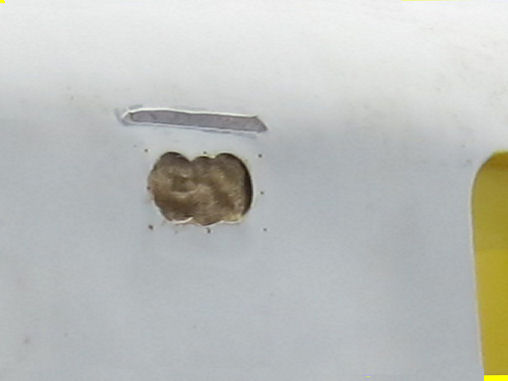 So, the only thing I really did wrong is that I put too much Bondo on and had to do more sanding than would have been ideal. It also helped when I switched to the recommended grit of sandpaper. I was using too fine a number. But I think I've got this one ready for paint! 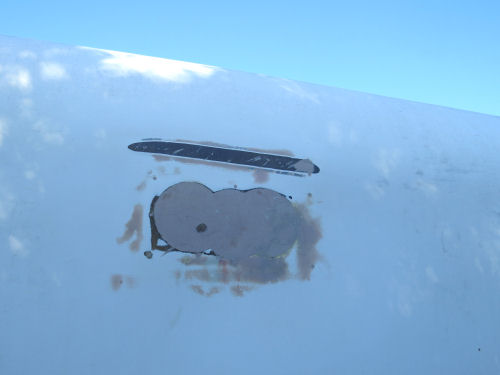 In other news: I edited all morning and finished the current project. I contemplated doing some trail work or writing a chapter in the afternoon. Ended up doing this, and I did write half a chapter. The weather was much more tolerable!

Those are the kinds of jobs that I always procrastinate on.

Ann- now that I've started, I can't for the life of me figure out why I was agonizing over this.