It Doesn't Get Much Better

It doesn't get much better than today, folks! I hiked 14 miles and finished collecting data for Newaygo County on the North Country Trail. The weather was beautiful. It was sunny and the high was 83, but there was a slight breeze that kept it from feeling too hot. And the humidity was low.

There are too many pictures in this post, but what should I leave out?

First of all, lets talk about a little geology. Most of the hills in the Lower Peninsula of Michigan are remnants of a huge glacial moraine that has eroded away in interesting patterns. There is a surviving ridge that runs somewhat N-S throughout Newaygo County. Just east of this ridge, and sometimes cutting through it are holes and channels that have become a series of lakes and wetlands. The NCT threads it's way along that ridge. Today, the southernmost lake in the series that I passed was Nichols Lake. It's also one of the largest. 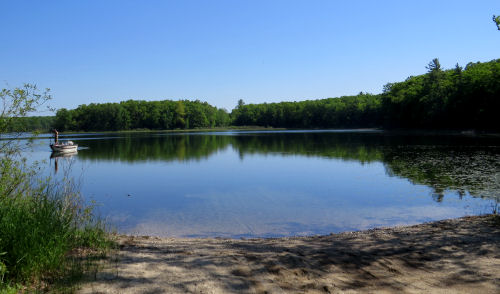 Next one north that you can see from the trail is Leaf Lake. I think it gets its name from the odd shape. 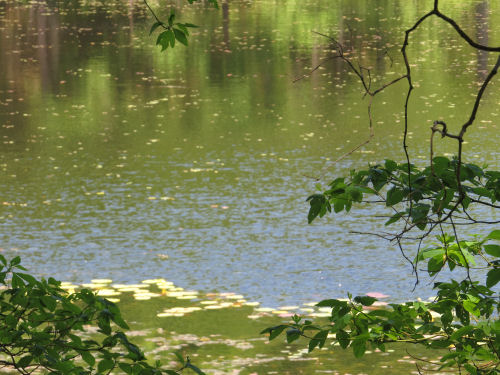 That lake transitions into a long, long strip of wetlands that follow one of the eroded valleys. If this was Ohio or Pennsylvania, I'd suspect they were old mining pits. But I think these are just natural. 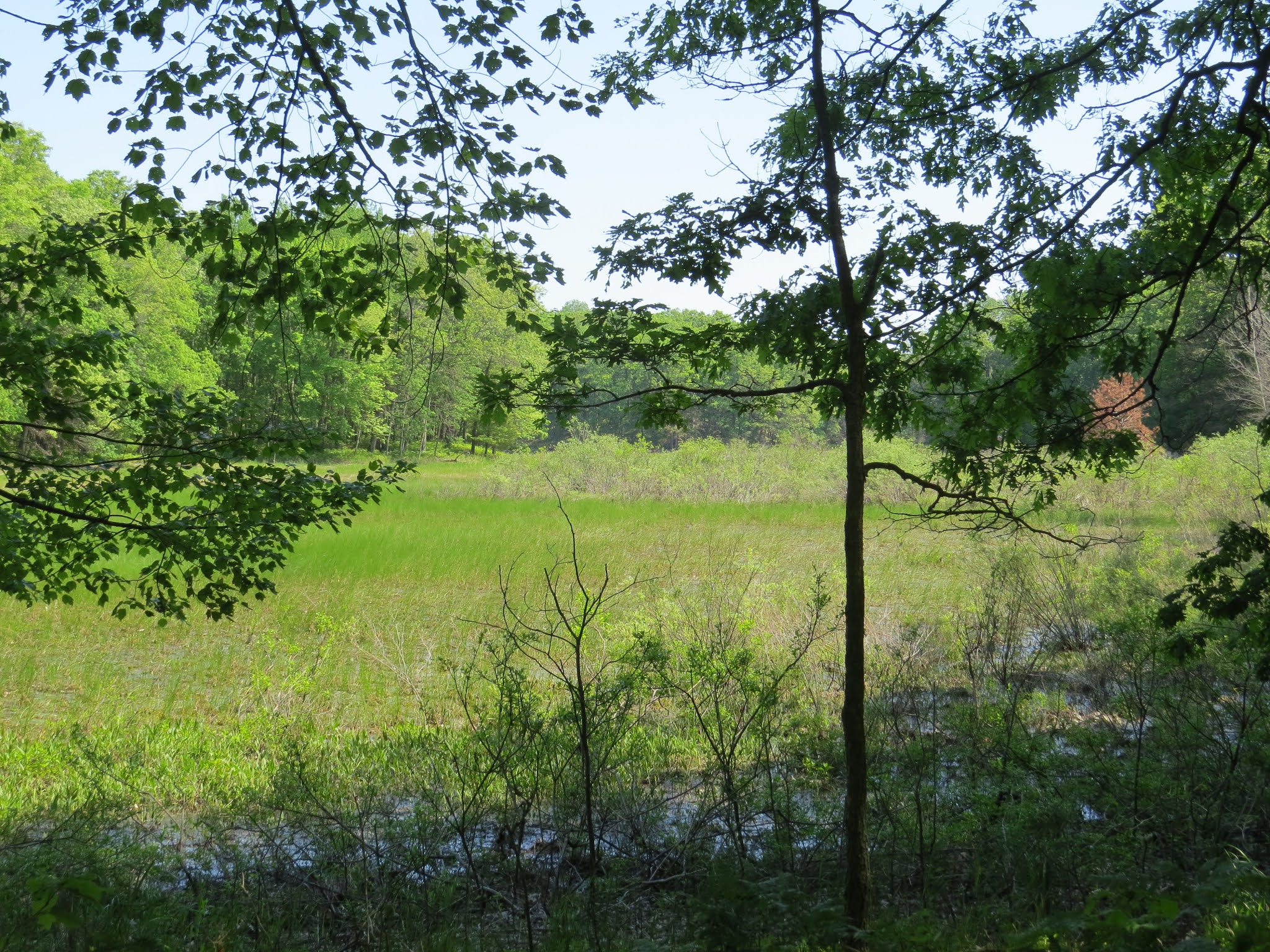 Condon Lake is a long, thin teardrop. You climb a hump in the ridge after a mile-long strip of wetlands, and it suddenly appears. 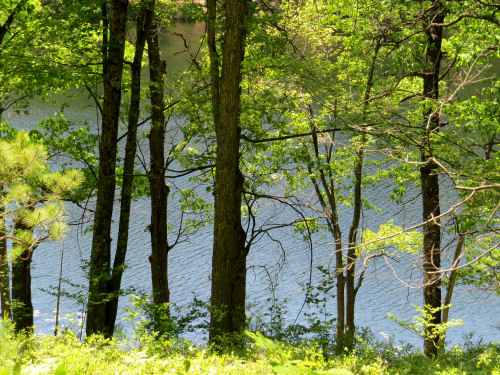 My hike today only took me a little north from here. But Highbank Lake, that you've seen a few other times, is in this same line. Then the trail veers west and leaves this geologic feature.

One very cool thing I found is one of the very few remaining Manistee Trail markers. That trail pre-dated the North Country Trail. And it looks like the porcupines don't care anything about history. 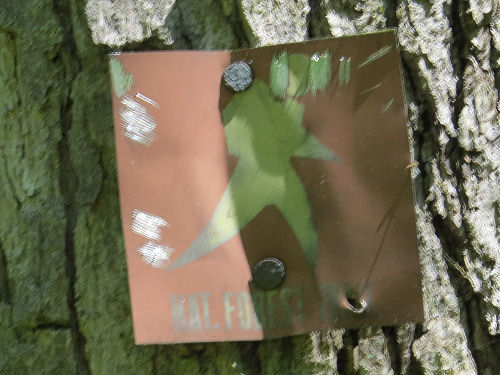 Best flower finds of the day are Frostweed, Helianthemum canadense, 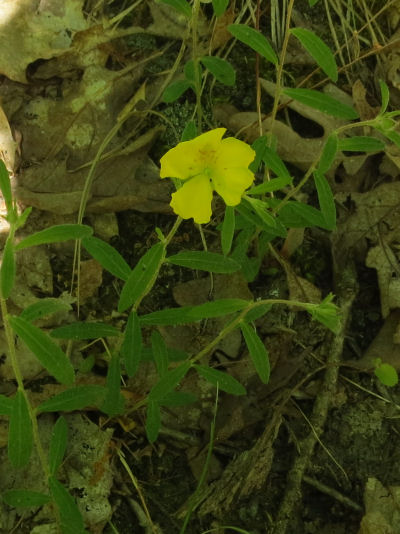 And a Maple-leaf Viburmun, now with the flower fully open. But this picture wins because the sun helped make it a little artsy. I love the shadow on the leaf. 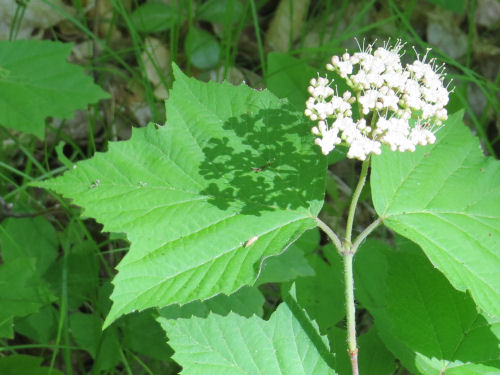 It was a great dragonfly day, especially along Nichols Lake, where I was "wading" through hundreds of zooming and flitting dragonflies. Getting any pictures at all was really hard. But I think most of them were Chalk-fronted Corporels. You can't see the distinguishing marks in this picture, but I did see a lot of them from better angles. I just couldn't get any pictures. There were other kinds as well. Notably some small blue ones, but no certain ID on those. 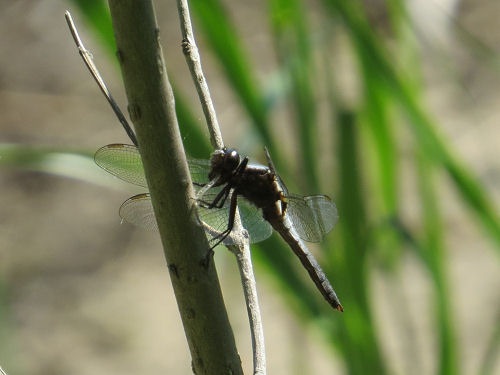 I just was trying to get lucky with a picture of this one perched on the grass. Couldn't tell what it was at all until I got home. I'm pretty sure it's the Calico Pennant, which I learned a couple of years ago. 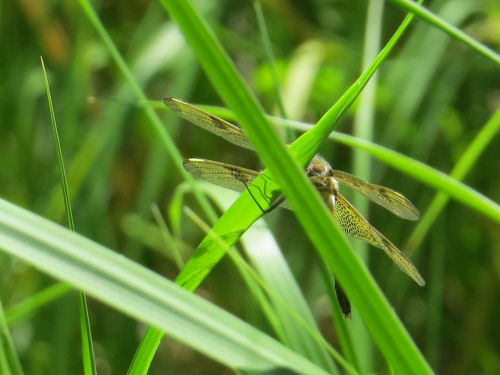 And finally, I just like this picture. This was the edge of a wetland that wasn't terribly attractive, but the twisted shrubs and the lighting transformed it into something mysterious. 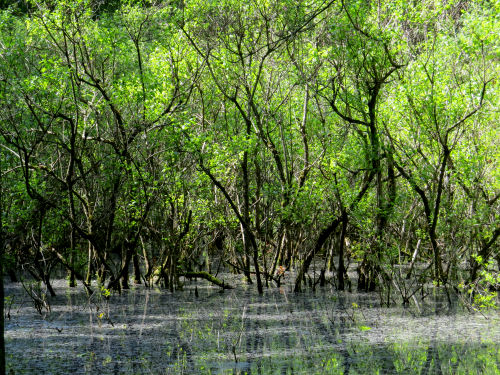 I met another long-distance hiker on the trail! Liz Jones is hiking from Croton Dam to Munising. Good luck, Liz! It's amazing that I actually encounter hikers multiple times a year, now. This is a relatively new phenomenon for the NCT! 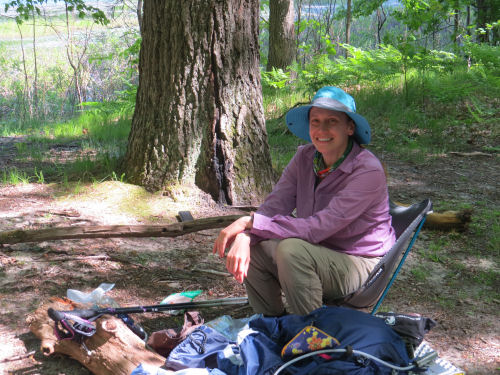 It was also a good day for bullfrogs and mosquitoes and gypsy moths. The only negative for the whole day is that the gypsy caterpillars are hanging on their threads everywhere. I had "silk" threads touching my face all day long. I really could have done without that. But I prefer to emphasize how perfect the day was!

The only other news is that there was a Reading Regatta Zoom event in the evening.

North Country Trail, Newaygo County, Michigan, FR 5633 almost to Tank Creek and back for a total of 14 miles

That was a full day for sure. I enjoyed seeing all the photos.

Hi Joan!! It was so wonderful to meet you on the trail! 💗💗 Liz

Ann- you are so faithful! Thank you.