I said I would explain why the Philadelphia Flower Show 2019 entrance exhibit was not so spectacular. It's because the show was host to an international flower arranging competition held by FTD every four to six years. The last time the event was in the United States was in 1985. It took up a LOT of space. There were 23 countries entered.

I only sort of understand how it works. The basic idea is that this is a competition between some of the best professional floral arrangers selected to represent their country. Each display had four arrangements, and each was a timed competition. One of them is a "table for two," which was to be completed in two hours. It was supposed to convey the theme "Power of Flowers." That one was easy to pick out because, well, it had a table-ish space and two seats.

The other one that is somewhat identifiable is a Certified American-Grown Surprise Package. Each florist was given the same materials and they had 1.5 hours to create something.

Of the remaining two, I couldn't always tell which was which because they weren't labeled.

One of the compositions was "Designers Choice- Harmony in Architecture," another two-hour creation with materials of the florist's choice. The fourth one was "Hand Tied Bouquet- the Strength of Color," also 1.5 hours.

Just so you can clearly see the four pieces, here is Canada's exhibit. The table for two is the sort of hammock shape on the left and I think the American Flowers is on the far right. That would lead me to think the arbor sort of thing is the architectural creation and the small vase on a pedestal would be the strength of color item. 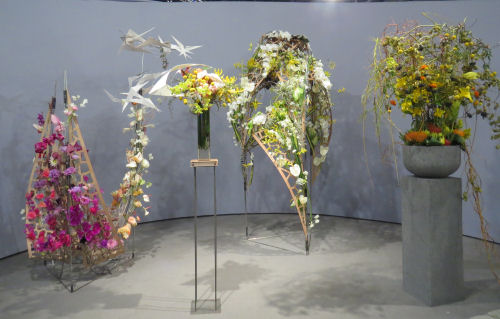 The winner was Australia. Let me just say that what you or I may like or feel neutral about has very little to do with the winners. There is a 100-point judging system that I know nothing about. I'm just showing you the pictures. 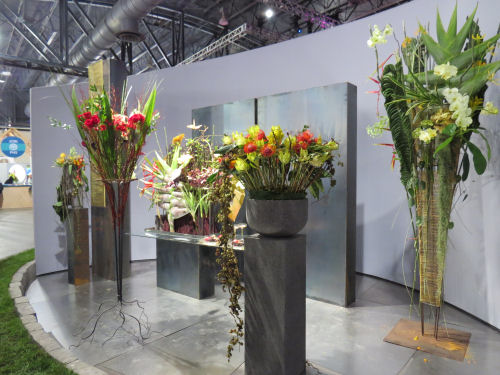 Here's a close-up of Australia's table for two. 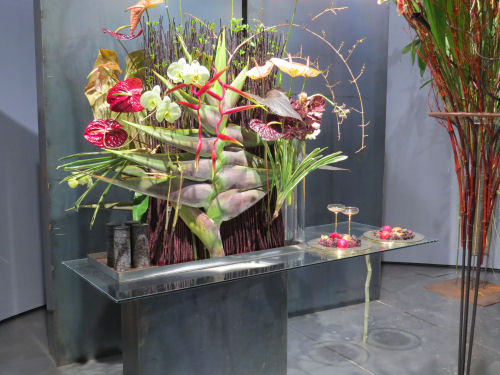 Now you just get a few parts of some entries that I liked. This is Taipei's table for two. (Yes, I know that Taipei is a city and not a country, but it's how the entry was labeled.) 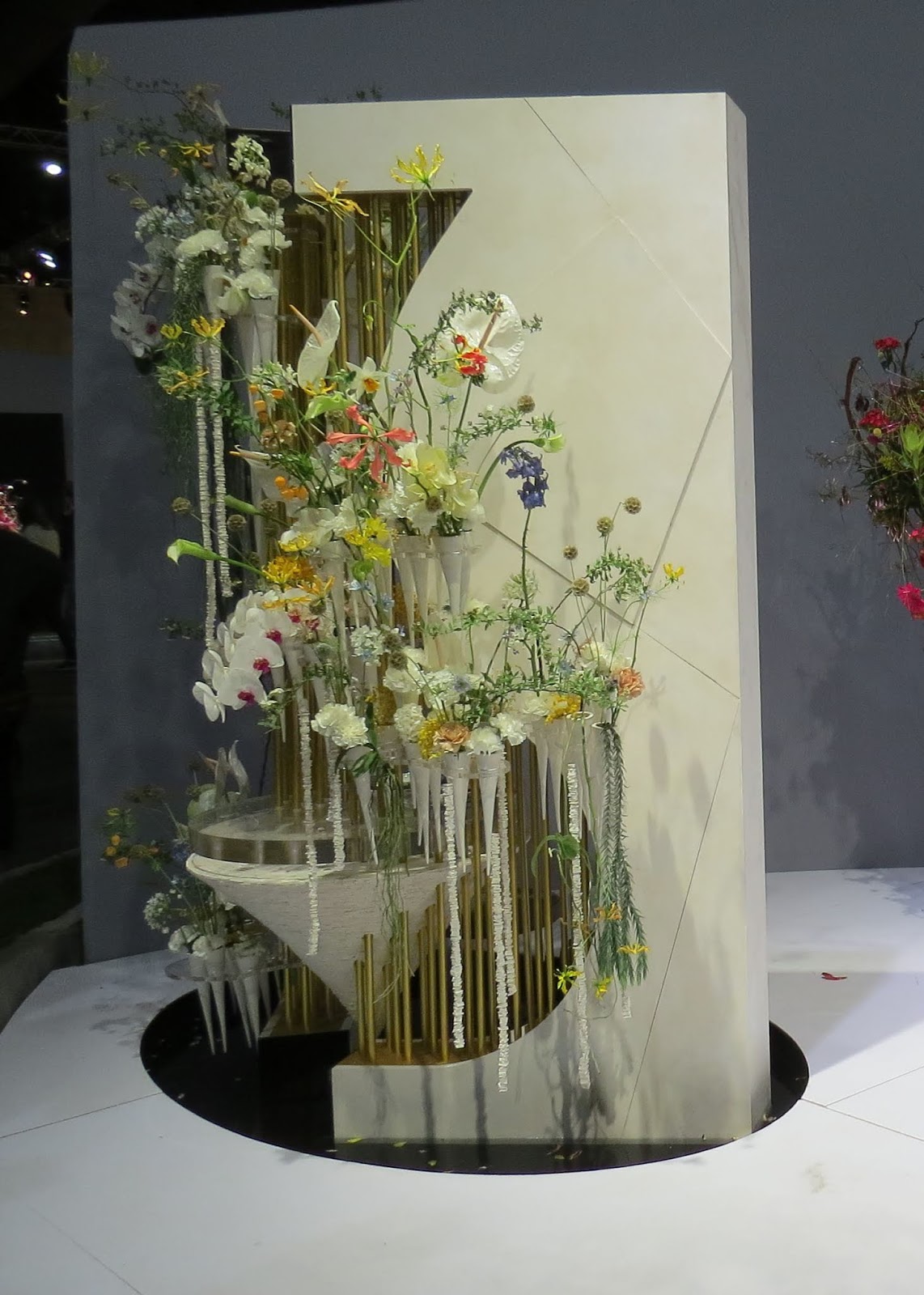 This is Sweden's architectural entry. 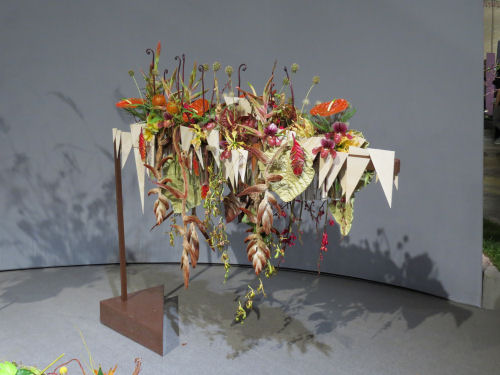 And finally, part of a United States entry. I'm not sure if this was the architectural display or the color display. 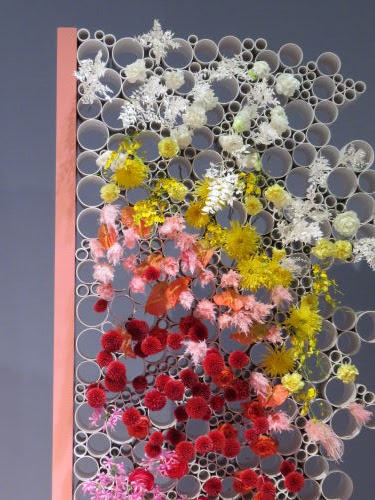 You might have liked different arrangements from what I did. However, you'll have to put up with seeing the show through my eyes! Haha. I took 800 pictures (lots are of labels so I can identify what they are, but still... you aren't going to see them all.)

I'm safely home and more or less unpacked. Trying to get quickly back into routine. We'll see. I'm not totally exhausted, but I'm not planning to stay up late. There's a lot to process from the past six weeks.

Interesting arrangements. They do a floral exhibit each year at our fair and the top winners are never arrangements I would pick.