Here are the rest of the winning miniature settings. I have mixed feelings about the blue ribbon winner. On the one hand the modeling is good, but the level of detail that I would expect just isn't there. Of course, it's got railroad track, so I have to like that. It's on a larger scale than these displays usually are. The track is G scale, which allows for larger models that are much easier to make look lifelike. Actually I was surprised that it was allowed, but I don't know the actual rules, and I guess it's fine.

The thing that bothered me about it at first is that it didn't seem to follow the intent of the story. As written on the card, the weeds and moss and grass take over the forgotten areas of the city. But I looked the book up, and in the story a little boy actually discovers this and begins helping the plants, transforming the city into a garden. So the model actually fits with the book even though they got the description wrong. Apparently the judges knew the story.

The book is "The Curious Garden." 18 species of plants were used. 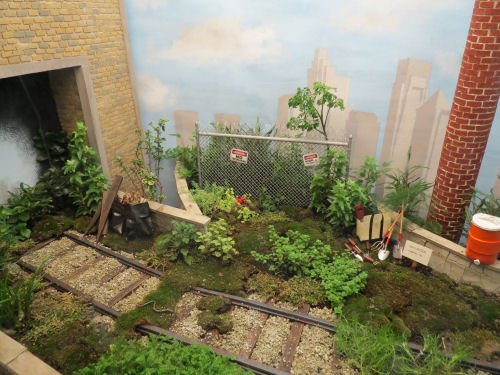 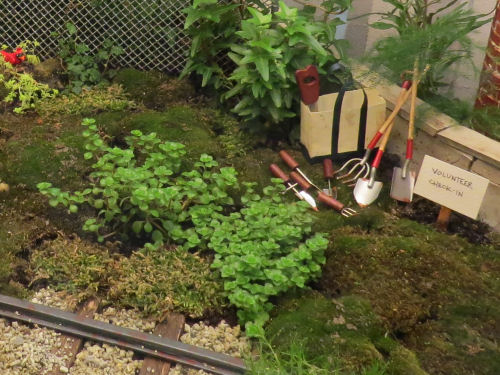 Second place was a three-way tie! There was a huge disparity between the first and the next two entries. I'm amazed they were all awarded second. Perhaps the judges liked the novelty of the the two. Here's the best one. It's based on "The Glory of the Garden" by Kipling. Only 11 species of plant. Try to ignore the reflections. 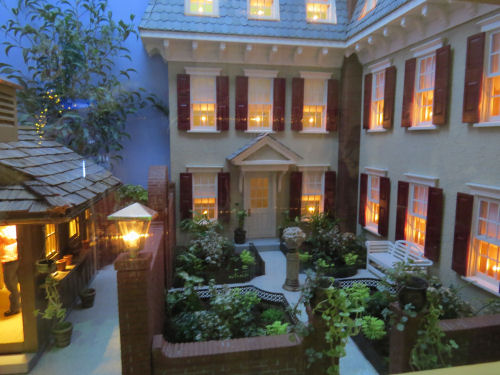 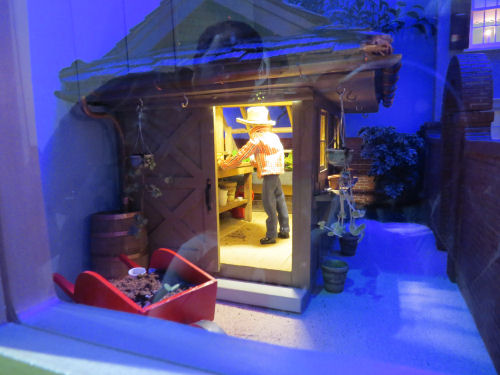 The next second place went to "Tea Time" from Alice in Wonderland. You'll see what I mean about the quality of the model. Only 9 species of plant. 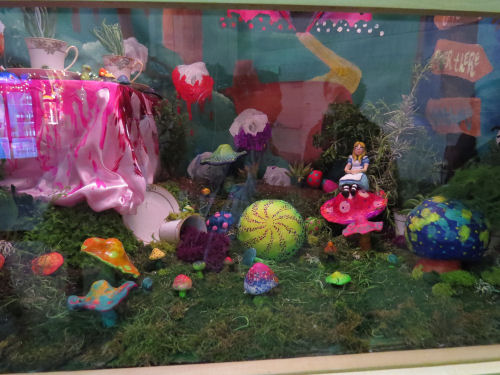 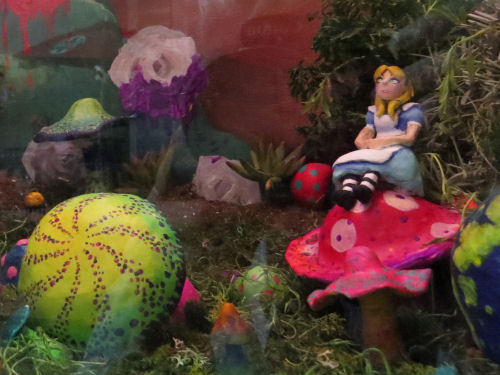 The other second place entry was "Hansel and Gretel." The pictures aren't good. Too many reflections. But perhaps you can see that the modeling is coarser as well. 17 species of plant. I'm also confused about why the judges couldn't find Hansel, unless they were trying to be funny. See the detail. 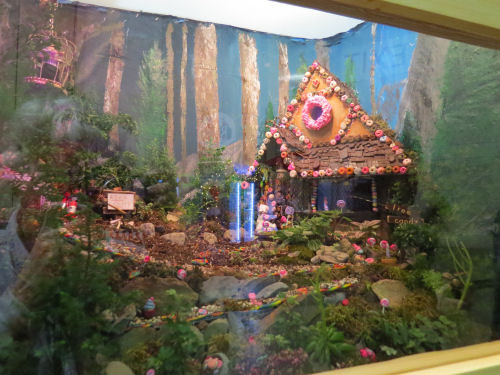 The detail with Hansel in a cage. 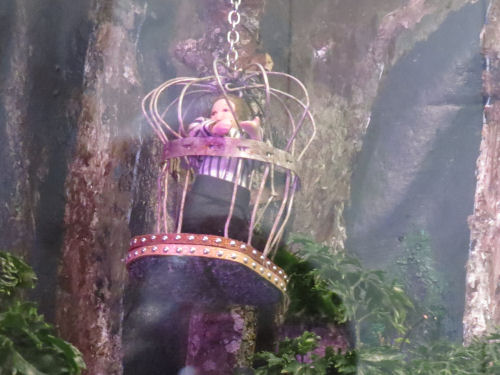 I'm really unsure why "The Secret Garden" came in behind those last two. The judges didn't like that the display was sunk below eye level. I will admit that it made it difficult to see to model. But the modeling was much superior. There are 24 species of plant.

Judges said: "A beautiful refuge. Perhaps a little too secret." 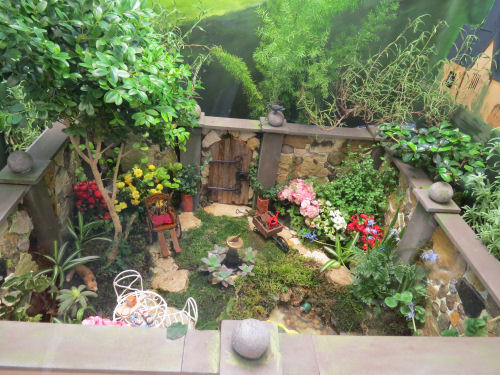 Here's a detail. But you can tell that it's hard to see the front edge of the display. 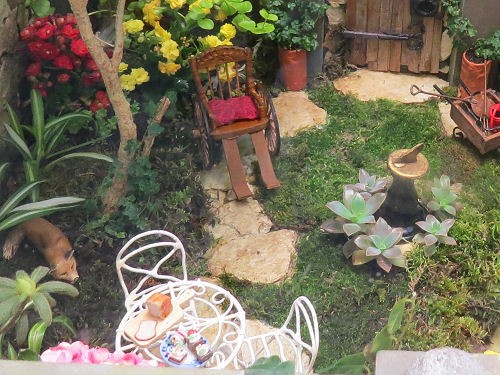 In other news: I wrote more in the chapter I'm working on. It's coming along well. May be finished tomorrow, but the book is not yet half done. I walked five miles. Chilly but not bad. I read some more in the book I need to get through. I picked up a couple of things, but that isn't anything like what the piles need to make them go away.