A Tour of Peacock


There is a no-longer-a village in Lake Country called Peacock. 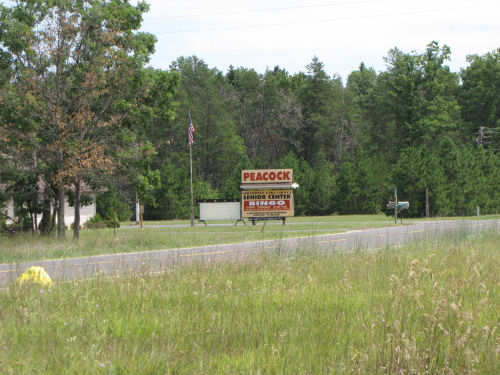 It's intriguing just because of the name. But it's mysterious in other ways.

Here's the map. I'm not even going to speculate on whether a drunk or a cow laid out those streets. 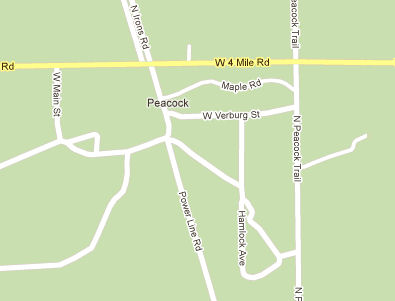 Notice Main Street off there out of the main part of town? 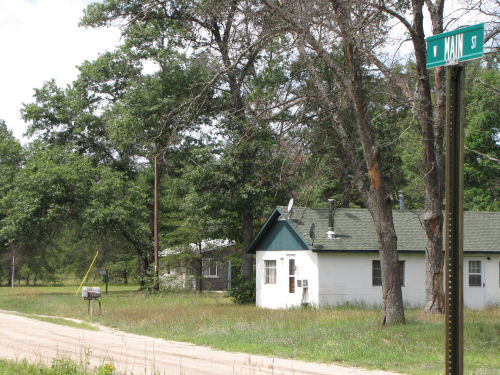 Did you like Main St? How about Market St? (yes, I played with this one to get the sign in the picture) Of course Google has it labeled Maple Rd. Just one more bit of evidence as to how useful Google is in the boonies. (And consider whether my job manager mentally pictures streets like this when I'm sent to something like 267 Market St.) 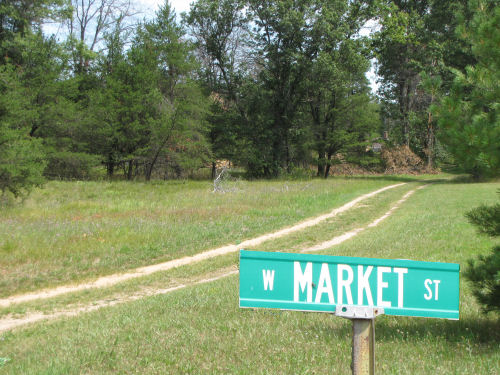 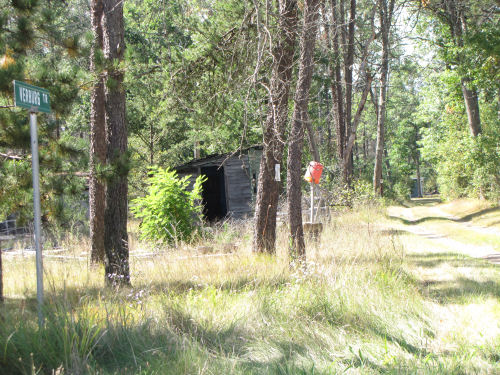 The Peacock post office opened in 1897 and closed in 1943- it's been that long since the village was viable. It had a brief flicker of importance as a crossroads of the Chicago and West Michigan RR (which became the more famous Pere Marquette RR). Their N-S and The Michigan East & West lines crossed at Peacock.

There was also a small industry which made Peacock wood stoves, which are small, efficient stoves, still in demand when they can be found.

It was significant enough that the township also bears the name. Apparently, it has nothing to do with an exotic bird. The first postmaster's name was David Peacock.

There may be more about Peacock another day. It's fun to puzzle out the tidbits I know or can find.

This is a fun look at this little town. We have many like this around here where I live.

I'm guessing it was deer and neither drunken man nor cow that influenced the town layout. A lot of roads our state follow those old trails.

Fun. Stories of old and defunct places are interesting.

This place has gone sleeping for a long time.

You are going to wake it up.

Ratty- were yours also abandoned when the railroads cut back?

vanilla- truth be told, it's hard to find a house there- just a couple

Ann- I know- all those names on the map with nothing there.