Late summer is when the wild Eupatoriam shine. Here are three of them. 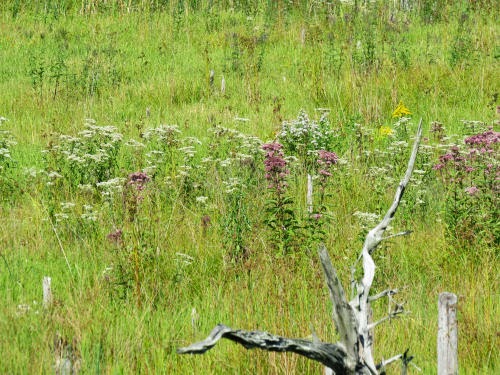 The Boneset is always easy to identify. The clusters of small white flowers look fluffy. 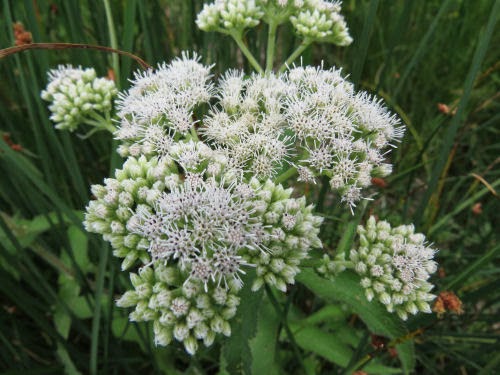 It's Eupatorium perfoliatum, like "perforated leaves" which is a key identifying feature. 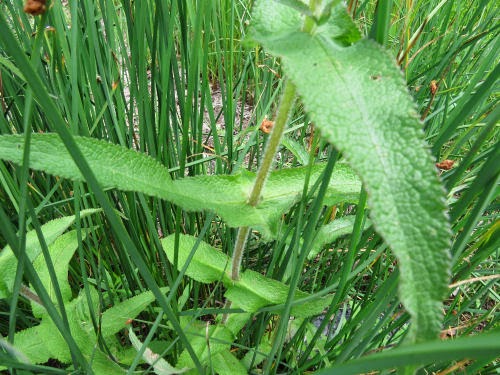 It often grows with Joe-pye weed, Eupatorium sp., because both like damp places, although the Joe-pye can tolerate drier soils. You often see vast stretches of the dusty pink blossoms, like this one I showed you in 2012. 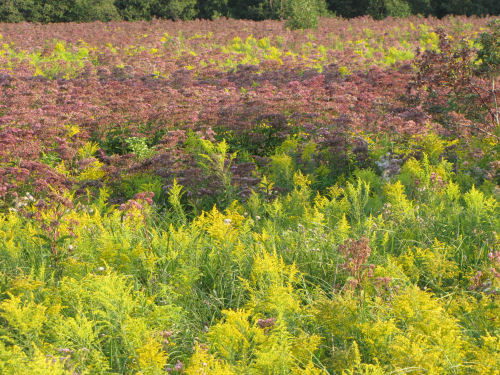 There are actually several kinds of Joe-pye, and I didn't take a close-up picture of the ones in that meadow to ID it with any certainty. However, this one, just starting to bloom is probably Eupatorium maculatum, spotted Joe-pye. The stems don't look particularly spotted, but the flower cluster is very flat-topped, so I'm going with that. Sweet Joe-pye and hollow Joe-pye have domed clusters. 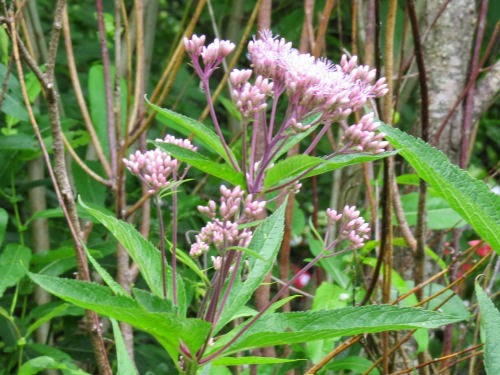 Finally, here is a Eupatorium that isn't as interested in damp soil. In fact, it is growing in a very hot and exposed place near my house. It also has more of a blue tinge to it than the pink-ish purple of other species. It's mistflower, Eupatorium coelestinum. 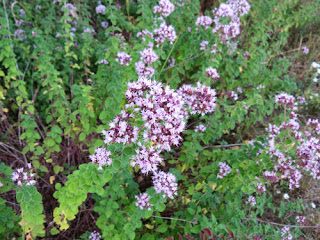 The leaves are small and roundish, a rather attractive foliage. 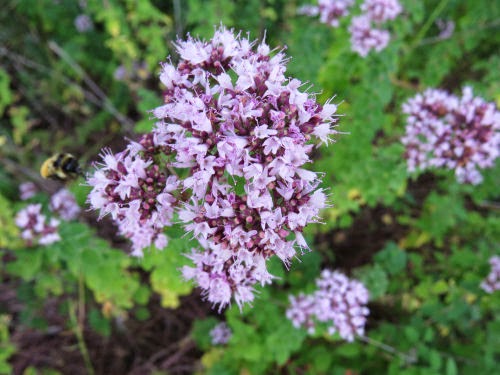 Most Eupatorium have terminal clusters of small flowers. You may see the similarities in these three.

But the huge quantity makes everything looks beautiful.

Oh, yes, the lovely Eupatoriums ~ they are in bloom here in southern New England, too!

And that Eupatorium coelestinum … it's amazing how much those flower heads resemble oregano ~ lovely!

That last one is really pretty.

How lovely to see these blossoms growing wild all over the place, in various colors.