Back to the Marquette Rail Big Sable River Bridge


I had to drive past this interesting location on the north spur of Marquette Rail today. I've taken you there before (see link at end), but today I decided to get pictures that told you more about the bridge.

Here's the long view. The bridge spans the Big Sable River. (That's another one I want to follow one of these days. I've shown you the headwaters, and the outlet. Hamlin Lake is on that river). Here, it's not huge, but much too big for a culvert, so this bridge was built. North is on the left side, south to the right. Please note the height of the bridge. 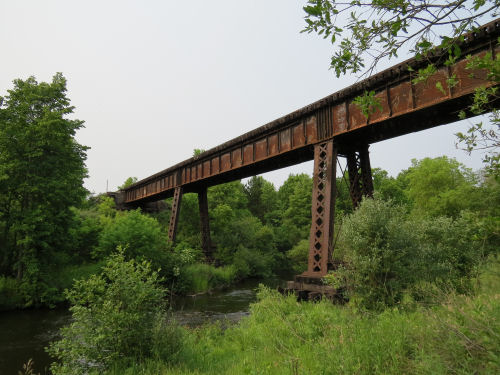 Look at those timbers used to support the rails! 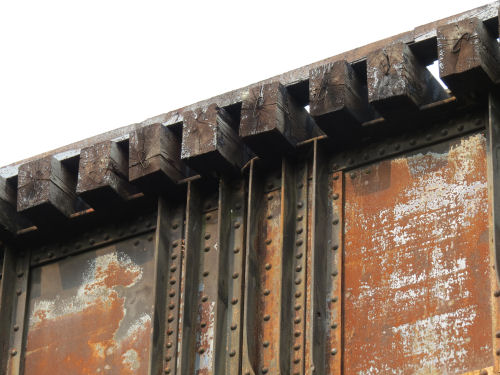 I climbed up to the railroad grade. First of all, look back to the south. The land does not rise to a bluff at the edge of the river like it does on the north side of the river. I didn't manage to get a good picture of the berm, but this is old enough that it had to be hand built. The amount of fill required to build a steep-sided berm about a quarter-mile long to create a level bed for the railroad is mind-boggling. 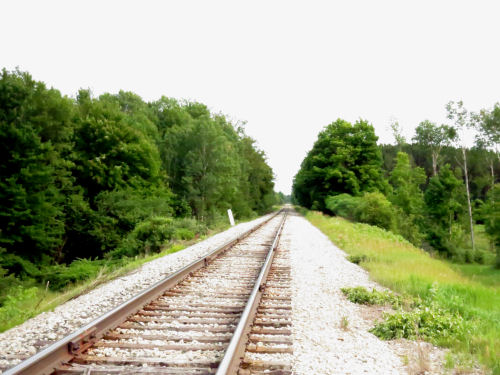 See the white post down the tracks on the left? I walked down there, and as I expected, it's a "whistle" command. Since this is the approach to a REALLY dangerous intersection, that makes a lot of sense. These are live tracks with a couple of trains a day going to and from Manistee / Grand Rapids. 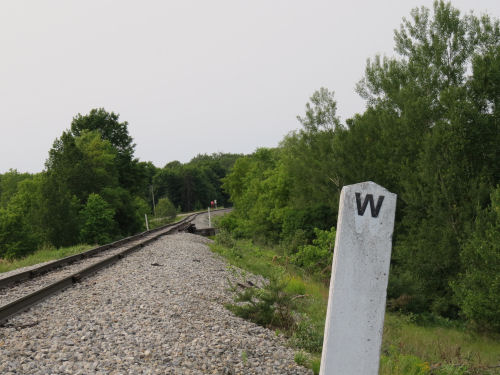 Stepping out on to the bridge, that water is quite a long way down. I did walk out far enough that there was water beneath me, but the picture of the river from that angle wasn't as good. 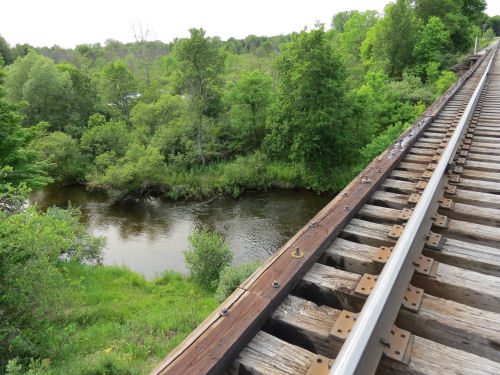 And here's the road intersection which the train has to cross as it's coming off the bridge. Fortunately, there is very little traffic on these roads. 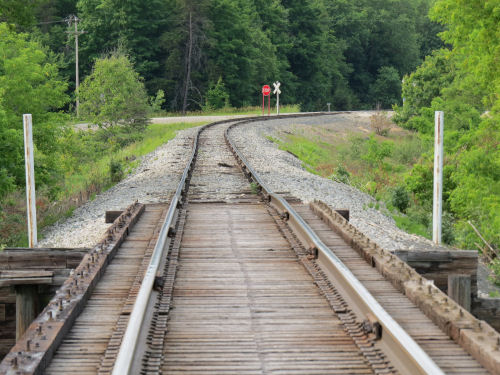 I know this isn't nearly as high or long as a lot of railroad bridges, but I wonder how much the engineers like going over this old relic.

Seems the "old relic" has well withstood the tests of time.

a relic but a well built relic. do you know what year this was built?

Looking at the railroad, then we know woods are very strong, as strong as steel.