On day three we stepped up the pace and did 13.9 miles. The weather was still pleasant (as in not too hot), and we wanted to shorten another day.

Again, we began the day with road walk. That's fine with us. We can really chew up the miles on roads when we are fresh, and then enjoy cooler woods and a slower pace after lunch. Even though it was on a service road, this walk through Rising Valley Park was very nice, and there was no traffic. 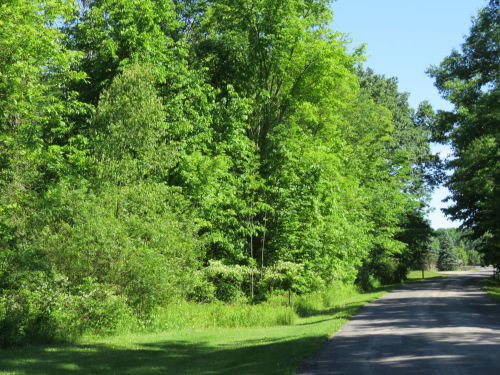 Around eleven o'clock we joined a bridle path that had been "worked on," maybe the previous year. This was probably the most annoying couple of miles on our entire hike. The strip had been bulldozed and then left to regrow. It was horrible walking and I'm sure no horses are using it until it's fixed.

The result was hot sore feet, which can be let out for a breather at lunch. I shared the post of lunch on a log taken this day on Facebook, but I'm trying to show you new pictures as we go through the hike here. 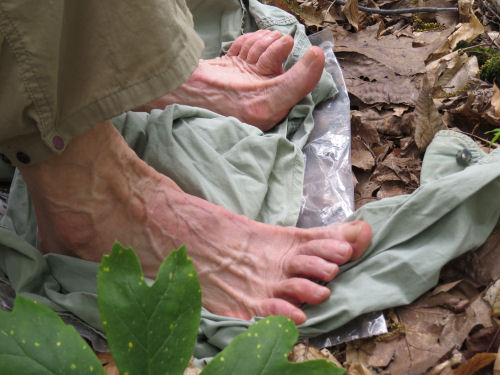 Soon after lunch, however, we entered Brecksville Reservation- part of Cleveland Metroparks- and the trail became really nice again. We met a pair of hikers who volunteer with the park. They are one team of many who hike the trails checking on hikers. They carry extra water, and first aid kits, and have information and maps. They encourage people they find, provide aid if needed and (I'm pretty sure) watch out for vandalism and infraction of rules. But it was nice to see that the parks are trying to be helpful.

After that, our route roughly followed Chippewa Creek. Lots of nifty rocks. 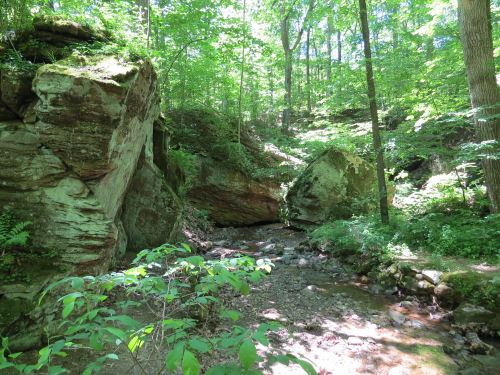 Next, we arrived at Deer Lick Cave. It's a shallow cave under an overhang of Berea Sandstone, which we saw a lot of on last year's hike. Because the sandstone was formed from ancient ocean shores there is salt embedded in the rock which leaches out when it is wet. Deer lick the rock to get salt. 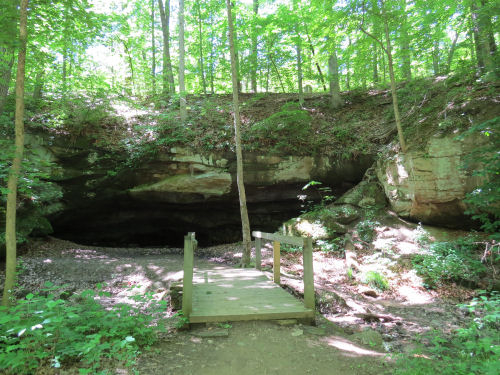 Deep in the cave it looks to me like there are leaching minerals painting the surface in the same way you see at Pictured Rocks of Michigan. 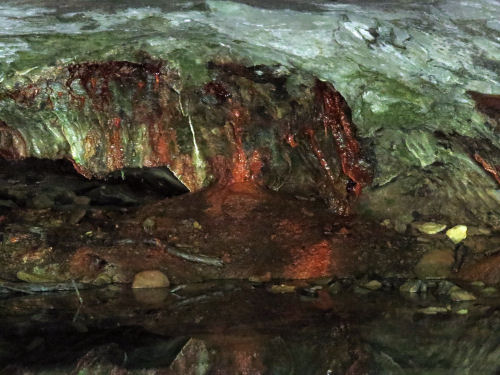 You did see this picture in a previous blog post. But it's the significant trail definition of this hike. We passed this triple point of the Buckeye Trail. Because we are completing a loop we started last year, and adding an extra piece, the hike ends up being shaped like a T. This is where the top and tail of the T meet. Early in the hike we did the crossbar, then we came back here and hiked south on the tail. 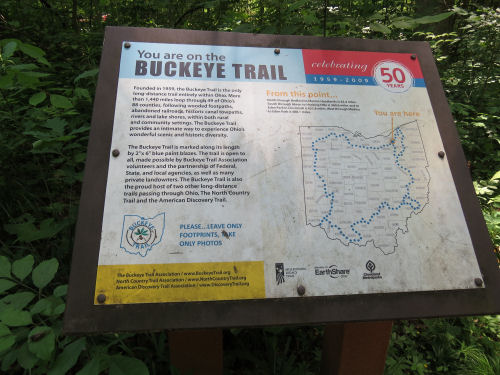