This was our fourth day of hiking, and we did even more miles, 14.6 to be exact. I know this is how some of you feel about long hot walks. You have trouble seeing the recreational appeal. 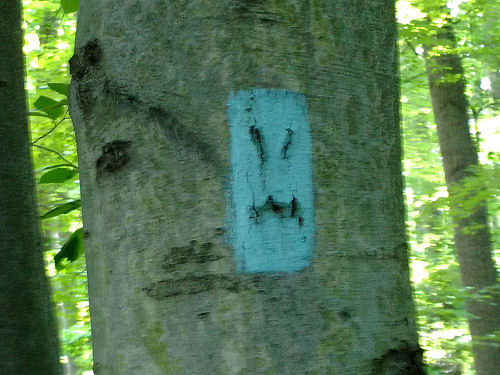 I was excited, though. The very first thing we did was to cross the Cuyahoga River on the historic Station Road Bridge. It was the old road bridge, built in 1881. It's the oldest metal truss bridge remaining in the Cuyahoga Valley. This is wrought iron, which had a brief heyday between wood and steel in bridge-building materials. In 1992, it was disassembled, shipped to Elmira, New York (near my original stomping grounds), refurbished and sent back here to be reassembled. Now it's a trail bridge for hikers and bicyclists.

(I was so excited to get going that I left my camera in the car and had to take pictures all day with my phone!) 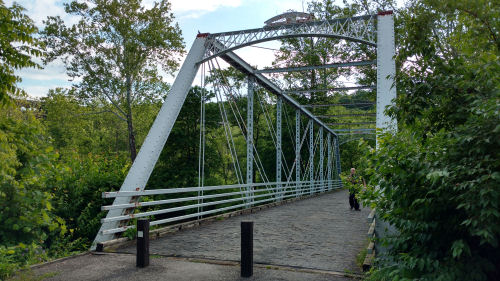 Then we began the first of many miles we would walk alongside the Ohio and Erie Canal. This is supposed to be the longest section that is still watered. All the waterways were somewhat muddy because of rain during the night. But it was still a very pretty walk. Oddly enough, here on the top bar of our T we followed it north. Later all the other miles along it will be southward when we do the tail of the T. 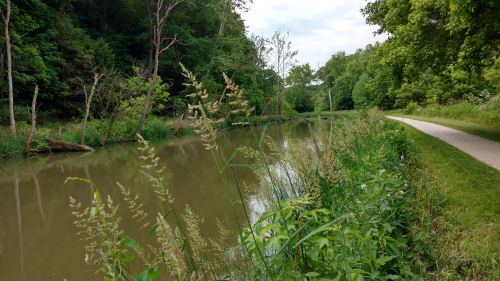 This is the Frazee House, built in 1826, the year before the canal opened. It was a private residence, although perhaps it served as a tavern or inn. It was closed to the public when we were there, so I can't tell you more. As I have mentioned, there are many, many buildings from this era in the area, easily identified by the design. 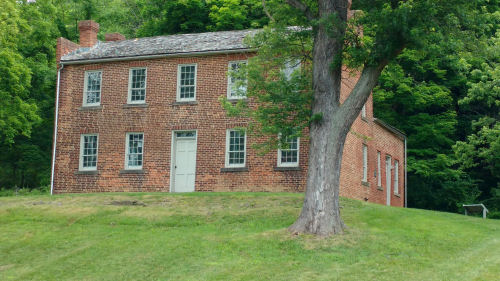 Here's the joke of the day. If the yellow emblem indicates a trail for horseback riders, and the blue one a trail for hikers (in Buckeye Trail blue), does the orange emblem point the correct path for salamanders to take? 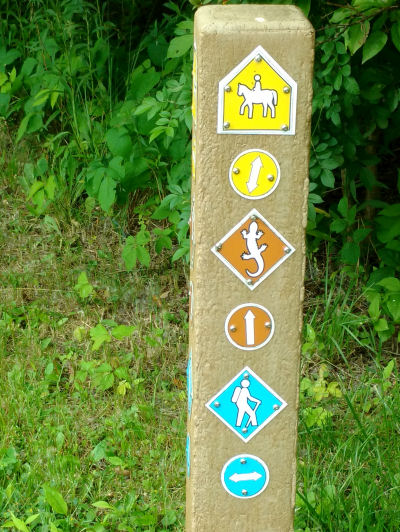 Back to the trials of hiking. Not. We were living the cushy life on this trip. Dinner awaited us in the crockpot when we got back to the campsite. Note the jar of tea, only needing ice from the cooler, propane stove, toiletries kit (not backpacking pared down) and a countertop to set it all on. We are livin' the life, I'm telling you. 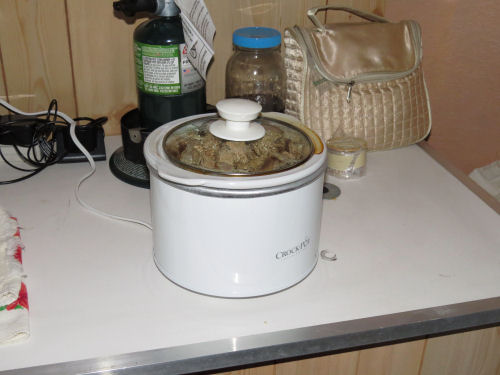 Marie's feet were still bothering her, so she soaked in a tub of ice water. Another luxury not an option when backpacking. Cold streams are the best you can get there. 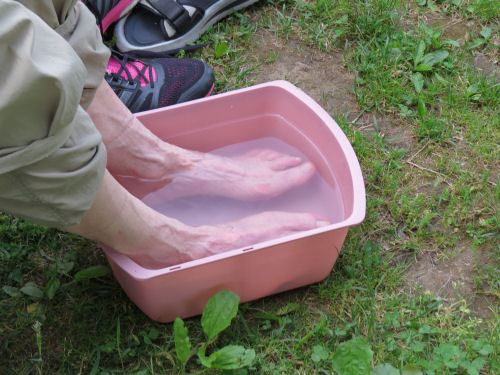 And for the final ta-da of the day, a hot air balloon sailed over the campsite! 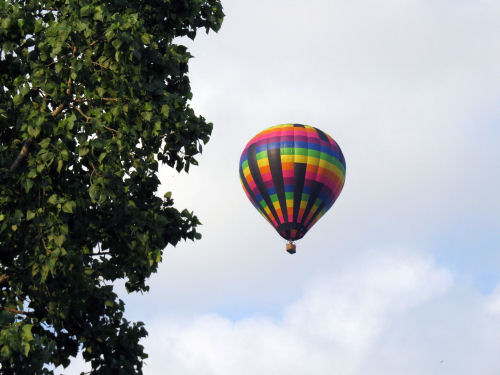 Well, you know that wherever the logistics fall along the primitive/cushy curve, I'm a happy camper. 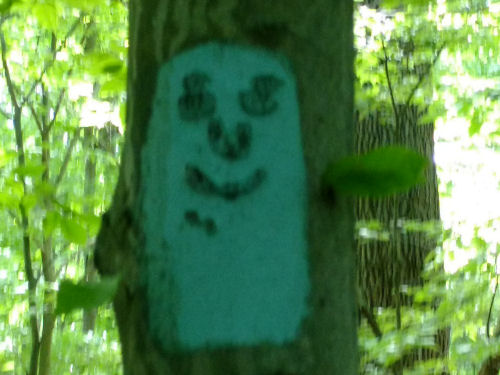 The next day, we took a break because the temperature was predicted to soar, and it did. I blogged on that day from the library. See Four Days Into Hike

So tomorrow I'll tell you about hiking day five. Miles covered so far- 48.9

Well isn't that special that salamanders get their very own hiking path...lol
That's gotta be nice getting back at the end of the day to a crock pot that's been cooking your dinner all day

I quick internet search reveals that there is a salamander loop trail. Perhaps that is what the sign is about?