This was hiking day two, June 8. We were still on the Buckeye Trail Medina Map, between points 17 and 23.

About the first half was roadwalk. We always find interesting things to look at even so. I loved this hosta garden. I have six or seven varieties, but not as lush as these, and not filling an entire space. There are so many hostas you really can create a lovely shade garden with them. 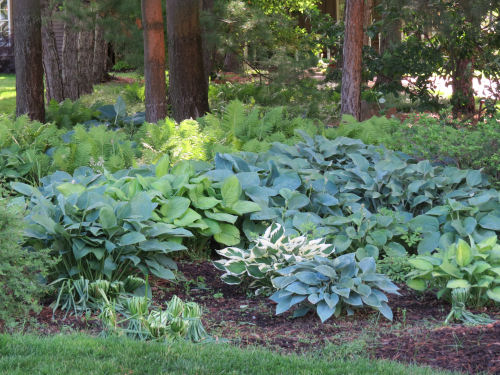 Another interesting thing about roads is that there are often historical places to see along the way. Here's one you'd never notice from a car unless you stopped particularly to see it.

I've continued to be amazed at how early northeast Ohio was settled. This was partly due to the Ohio and Erie Canal opening in 1827. There will be lots more about that later. But here's a stone watering trough at Weymouth. The monument says that it was in use from the early 1800s through 1926. 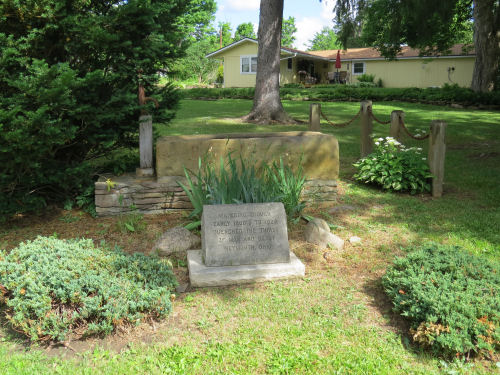 The afternoon was spent on trail through Hinckley Reservation. I've shown you a couple of pictures of this place known as The Ledges or Whipp's Ledges, but it's worth a few more. This area is definitely more like southeast Ohio or even Pennsylvania. There are huge outcroppings of the Sharon Conglomerate sandstone which overlies shale. Most of Ohio was glacially scoured and covered with till when the glacier retreated. However, this is one of the places where the original bedrock remains. It's a popular spot for rock climbers, and we hung around for a while watching one guy prepare, but he was still getting ready and we needed to move along. You can see a person in an orange jacket on the top right. 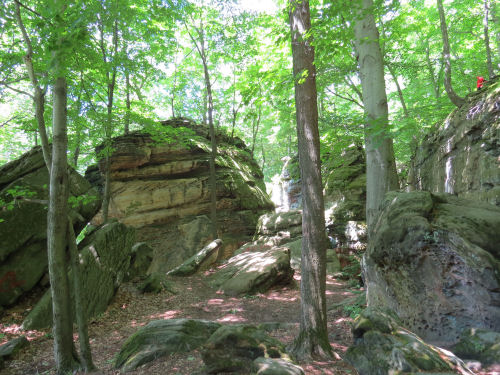 The sandstone is soft and I love how some areas become honeycombed over time. 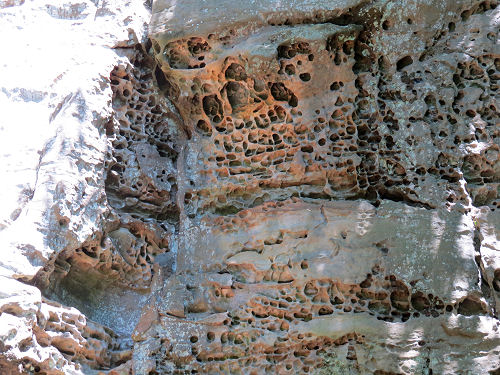 This was my lucky shot, however. There was a tunnel between sections of rock, and the late afternoon light was shining through. What the camera saw is even better than my eye. 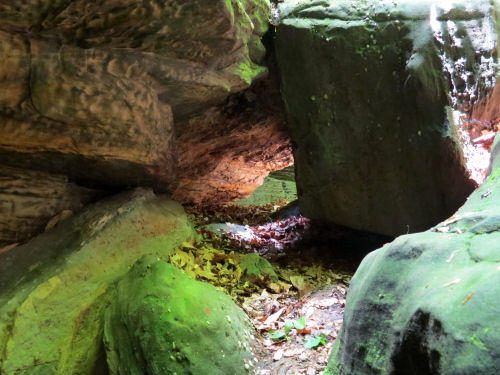 Just for a sense of scale- in addition to immense, we also saw this tiny one taking a hike. 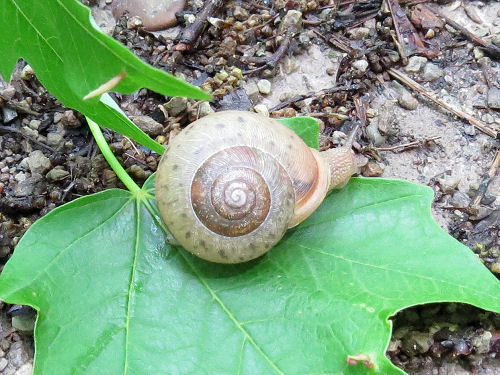 This, however, was the big joke of the day. First the picture, then why it's so funny. 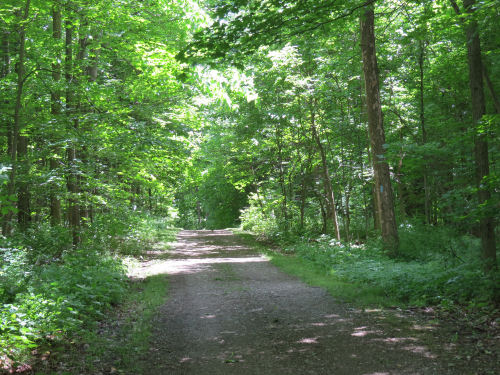 This is trail along a service road as we were leaving Hinckley Reservation. The guide says that at 1290 feet above sea level, this is "perhaps the highest point on the Buckeye Trail." We had a good laugh about this. I'm sure it might indeed be the highest elevation, but it's certainly not much to look at! Good thing we read the words, or we'd never have known it was such a special place.

Both road and trail provided some interesting sights. That last shot looks a lot like some you have taken when you've been at home

It is good that you take time to see watering troughs and snails on leaves. I'd find most of my reward in those kind of discoveries.

Lots of variety and things to note on this hike. I was interested to learn there is a place called Weymouth in the US. I live near the coastal town of Weymouth in the UK. It is famous as the place where King George III took summer holidays at the end of the 18th century, and started the fashion for sea bathing.